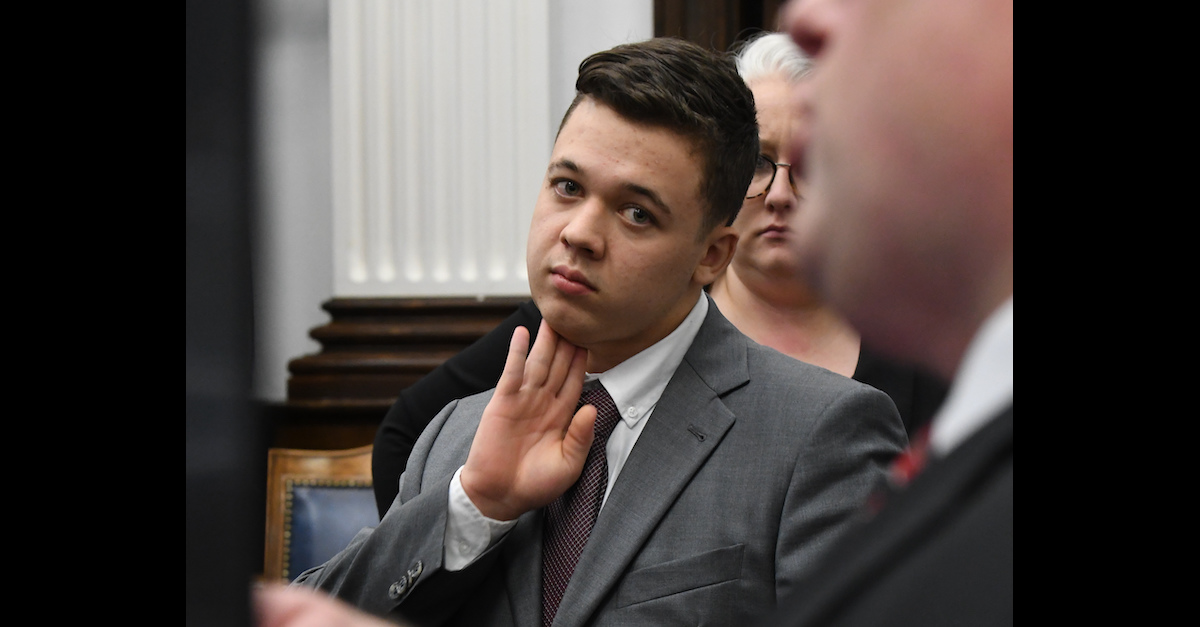 For the second day in a row, at least one person was arrested near the Kenosha, Wisconsin courthouse as jurors continued deliberating the fate of Kyle Rittenhouse.

An unknown man was taken into custody Thursday afternoon, the Kenosha News reported. His identity was unclear. Video and photos of the arrest showed the man carrying what appeared to be a black handgun while wearing black clothing and a black and red mask. The arrested man also wore black and red fingerless gloves.

Another arrest outside the Kenosha Courthouse involving a man carrying a firearm. pic.twitter.com/2sp2ecLo2T

The Kenosha News said the man was detained and put into a police van in Civic Center Park, which is located directly across 56th Street from the county courthouse.

An arrest Was Made During The Third Day Of The Kyle Rittenhouse Deliberation #Kenosha | #Wisconsin https://t.co/KrnsqbdCjB pic.twitter.com/yRWgg40SoH

The Kenosha Police Department did not directly address the arrest nor name the suspect involved, but authorities did say on Facebook that they wished “to remind people of Wisconsin law” surrounding “Gun Free School Zones.”

“This law is applicable in the area surrounding the Kenosha County Courthouse and Civic Center Park,” the police department continued in an apparent reference to the nearby Reuther Central High School, which also borders the Park.

On Wednesday, two people were arrested after an altercation on the courthouse steps.

“A 20-year-old male was arrested for battery, disorderly conduct and resisting arrest,” the Kenosha Police Department said in a press release disseminated on Facebook. “A 34-year-old female was arrested for disorderly conduct. During the arrests law enforcement needed to deploy several officers to keep crowds of citizens and media from interfering.”

“The Kenosha Police Department and the Kenosha County Sheriff’s Department fully recognize the importance of media coverage surrounding the trial,” the press release continued. “The media and the public have a responsibility to give space to law enforcement and allow them to perform their duties. Please do so. Thank you for your anticipated cooperation.”

Video of the Thursday arrest showed news photographers swarming around the individual being detained. The jury was sent home for the day just over an hour later.

Earlier on Thursday, Judge Bruce Schroeder banned MSNBC from the courthouse over concerns that someone with the news organization may have tried to follow the jury’s bus.

“Last night, a freelancer received a traffic citation,” an NBC News spokesperson said in a statement to Law&Crime. “While the traffic violation took place near the jury van, the freelancer never contacted or intended to contact the jurors during deliberations, and never photographed or intended to photograph them. We regret the incident and will fully cooperate with the authorities on any investigation.”