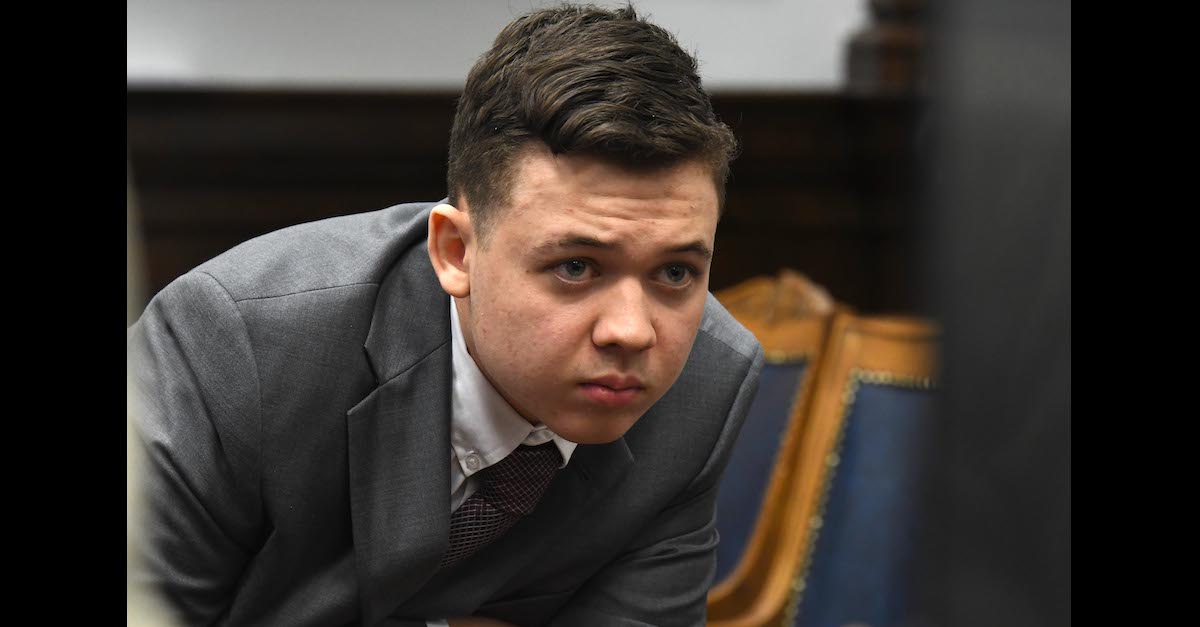 Schroeder said the court received a report from the Kenosha Police Department that an individual who indicated he was employed by MSNBC ran a red light while authorities think he may have been following a “sealed bus” containing the Rittenhouse jury.  But NBC News said the authorities were mistaken as to the individual’s intent.

“The matter is under further investigation at this point,” Schroeder said. However, the judge said he felt compelled to take immediate action to ensure the safety of the jury and the sanctity of the trial.

“I have instructed that no one from MSNBC news will be permitted in this building for the duration of this trial,” Schroeder said. “This is a very serious matter, and I don’t know what the ultimate truth of it is, but absolutely, it would go without much thinking that someone who is following a jury bus — that is a very — it’s an extremely serious matter — and will be referred to the proper authorities for further action.”

The individual ticketed, who Schroeder identified as James Morrison, said he was operating under the supervision of Irene Byon. Schroeder said Morrison identified Byon as an MSNBC manager in New York.

In a subsequent statement to Law&Crime, NBC News characterized the situation differently.

“Last night, a freelancer received a traffic citation,” an NBC News spokesperson said. “While the traffic violation took place near the jury van, the freelancer never contacted or intended to contact the jurors during deliberations, and never photographed or intended to photograph them. We regret the incident and will fully cooperate with the authorities on any investigation.”

The Kenosha Police Department issued yet another version of the events via twin tweets on Thursday afternoon.

“Last night a person who is alleging to be affiliated with a national media outlet was briefly taken into custody and issued several traffic related citations,” the first tweet read.  “Police suspect this person was trying to photograph jurors. This incident is being investigated much further.”

“There was no breach of security regarding the jury, nor were there any photographs obtained,” the second tweet indicated.  “This investigation remains active and open, no further information.”

It is unclear what specific information led the police to “suspect” the individual “was trying to photograph jurors.”

A LinkedIn profile viewed by Law&Crime on Thursday indicated that an individual bearing the name Irene Byon name is a booking producer for MSNBC based on the West Coast. Booking producers generally focus on obtaining interviews for live broadcasts and generally do not direct the actions of field crews. The profile was deleted shortly after Law&Crime viewed it Thursday afternoon immediately after the judge’s statement.  It is unclear if another Irene Byon works for MSNBC elsewhere.

Schroeder said that Morrison was no longer on the courthouse premises Thursday.

Schroeder explained that the jury was traveling to and from the courthouse in a bus with covered windows.  That way, jurors would not be exposed to protests for or against either side in the case.  Concomitantly, people gathered near the courthouse or anywhere else in the community would not easily be able to identify the jury.  Such practices have been employed in other high profile Wisconsin trials over the years, including in the 2007 trial of Steven Avery over the death of freelance photographer Teresa Halbach.

Jury deliberations in the high-profile case continued Thursday for the third day.

Law&Crime’s continuing coverage of the Rittenhouse case is available here.

This is a developing story . . . it has been updated several times since its initial publication . . .