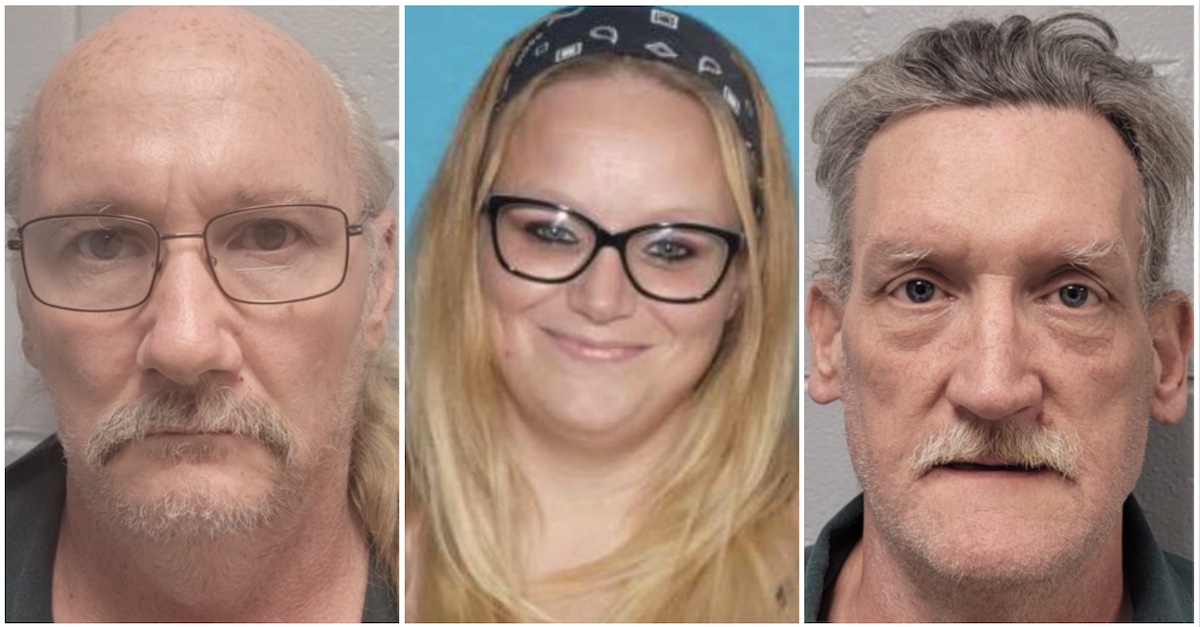 A woman whose remains were found in September was kept in a cage before being murdered, eviscerated, and dismembered, according murder charges filed against two Missouri men.

Cassidy Rainwater, 33, was reported missing in late August, having been last seen with someone identified as James Rainwater.

However, according to the Dallas County Sheriff’s Office, James Rainwater is actually James Phelps, who is now one of two men charged with Cassidy’s murder.

In early September, Phelps told investigators that Cassidy Rainwater had been staying with him until she got back on her feet, but had left in the middle of the night about a month before. He told police that he hadn’t seen Rainwater since.

“The photos depicted a partially clothed female in a cage who we recognized as Cassidy,” the sheriff’s office said. “The other photos depicted Cassidy’s body bound to a gantry crane, commonly used for deer processing, and her evisceration and dismemberment.”

Phelps was arrested that same day.

A search of Phelps’ property revealed “physical evidence including the gantry device, cage, and items from the freezer that appeared to be human flesh with a date written on them of 7-24,” the sheriff’s office said. “Skeletal remains believed to be Cassidy were located on the adjacent property. Also recovered from the scene was digital evidence from electronic devices. In total, over 200 pieces of evidence were recovered.”

The remains in the freezer were later confirmed to be Rainwater, the sheriff’s office said.

Investigators also found messages between Phelps and a man named Timothy Norton planning Rainwater’s murder, according to the sheriff’s office.

“Norton told FBI agents that Phelps had him come over while Cassidy was sleeping in the living room floor, so he had easy access to attack Cassidy,” the sheriff’s office said. “Norton stated, after entering the house, he held Cassidy’s legs down while Phelps strangled her and placed a bag over her head … Norton stated that Phelps bound her to the gantry crane and Phelps began evisceration and dismemberment of Cassidy’s body. Norton stated he helped Phelps carry Cassidy’s body into the house and placed her into the bathtub.”

Federal and local authorities kept much of this information from the public, announcing only kidnapping charges against Phelps and Norton.

But the rumor mill was churning. Local CBS affiliate KRCG reported that “bizarre rumors of cannibalistic behavior and multiple murder victims” in the area had flooded social media, and Rolling Stone reported that rumors had spread on TikTok that Phelps and Norton “had been butchering humans and storing, even selling, their meat.”

Dallas County Sheriff Scott Rice took to Facebook on Oct. 7 to address what he called “fake news” about the investigation into Rainwater’s whereabouts.

“There is a lot of misinformation and rumors regarding the Cassidy Rainwater case being circulated across social media and various news platforms,” Rice said. “While I understand the impatience and curiosity of the people, I’m going to give you a piece of advice. It is not a good idea to listen to ‘a crime reporter/blogger’ or Tic Tok videos that is sitting in their apartment or their mommy and daddy’s basement eating Great Value cheese puffs and drinking box wine with grand intentions of being a social media superstar. If you are hanging on very word is this type of crap, believing it to be fact, you are living in a fantasy world. This isn’t a tv series or movie where we go to commercial break and have lab results in 15 minutes. Searching a crime scene for 7 days 24 hours a day takes that long, 168 hours. 99.999999% of what has been posted to social media is CRAP.”

Also in the post, Rice encouraged those who “want to be in the know” to apply for a job with the department.

In yet another strange development in the case, a fire broke out at Phelps’ property in early October. Phelps and Norton were in custody at the time. According to a report in Ozarks First, investigators found an “incendiary device” in a mortar tube with a “trip wire” attached to it.

Court records show that Phelps has a hearing scheduled for Friday, and Norton has one set for Tuesday.

You can read the supplemental arrest warrant affidavits for Phelps and Norton, below.