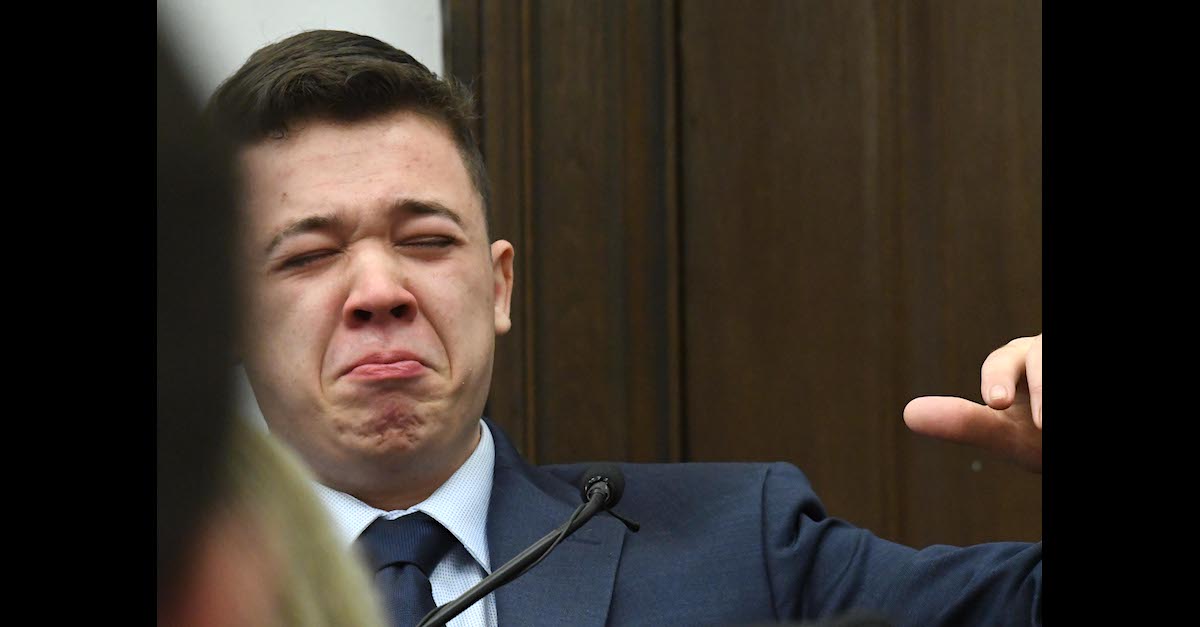 Kyle Rittenhouse breaks down on the witness stand on Nov. 10, 2021, during his intentional homicide trial. (Image © Mark Hertzberg/Zuma Press Wire/Pool.)

Defense attorneys for Kyle Rittenhouse on Wednesday afternoon asked a judge to shut down the case by declaring a mistrial “with prejudice.” The ruling would have banned prosecutors from re-filing the charges against Rittenhouse at any point in the future.

Judge Bruce Schroeder ruled that he would take the issue under advisement and again scolded prosecutors for jeopardizing the proceeding.

The defense accused prosecutor Thomas Binger of commenting on the defendant’s decision to invoke his right to remain silent and impermissibly inquiring about previous statements the defendant made about allegedly wishing to shoot suspected shoplifters. The actions resulted in a harsh dressing down of Binger by Judge Schroeder.

Binger said that he didn’t comment on Rittenhouse’s decision to invoke his right to counsel (and therefore to remain silent) to the police. He said he was commenting on previous interviews Rittenhouse gave to the Washington Post and to GQ Magazine about what happened in Kenosha.

Schroeder said he “didn’t care” that Rittenhouse had prior counsel at the time — the bottom line was that the interviews were given.

Binger said he was “surprised” when the defendant admitted on direct examination that he pointed a gun at someone who was vandalizing a car. He said Rittenhouse later claimed he was “joking” by pointing the gun. Binger said he wanted to “probe” the matter and that it “changes the equation” because it indicated Rittenhouse’s “motivations” the night he pulled the trigger, killed two people, and injured a third.

Schroeder started yelling at Binger again when Binger reminded the judge that there were multiple motions in limine — those are motions to settle points of evidence before trial — one of which also involved evidence that Rittenhouse was hanging out at a bar with members of the Proud Boys. Binger appeared to be attempting to say he never went anywhere near that evidence because the judge’s ruling was clear on that point; he suggested that the judge’s ruling about Rittenhouse’s desire to shoot people 15 days before he shot people in Kenosha was less clear or at the least was predicated on a scenario which swiftly changed once Rittenhouse took the stand.

“Don’t get into other subjects! Come on! What you’re telling me — you’re an experienced attorney!” Schroeder scolded Binger. “You’re telling me that when the judge says ‘I’m excluding this,’ you just take it upon yourself to put it in because you think you’ve found a way around it? Come on!”

Binger said the original ruling from the judge indicated that some pieces of proffered evidence were clearly banned but that others were iffy — that Schroeder “left the door open.” 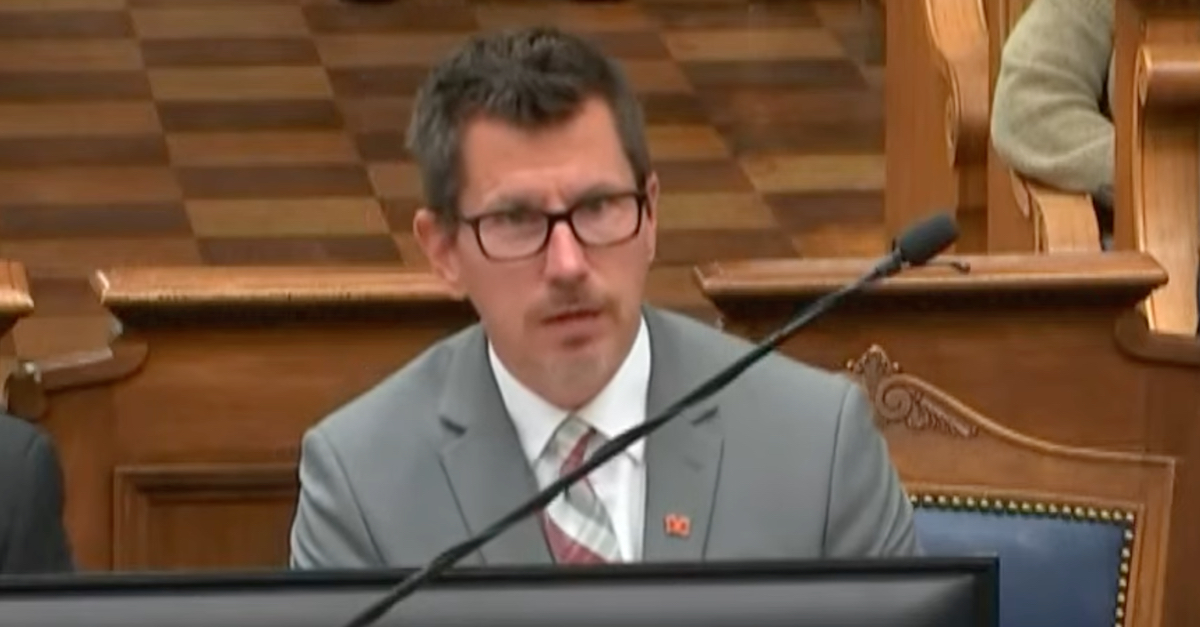 “Your practice oftentimes is to reserve ruling on those until you see the evidence, and I think you even said something to that effect,” Binger said.

“I undoubtedly did,” Schroeder said — admitting what he had clearly said earlier in the case.

“This is my good faith explanation to you,” Binger continued. “And, if you want to yell at me, you can.  My good faith feeling this morning after watching that testimony was — you had left the door open a little bit, now we had something new, and I was going to probe it.”

“I don’t believe you,” Schroeder said. “There better not be another incident. I’ll take the motion under advisement, um, and you can respond.”

Binger then attempted to present evidence that Rittenhouse posed with members of the public and took selfies wearing a shirt which said “free as fuck” after a previous court appearance. Binger said he would not ask who the people were. Binger said the line of questioning was warranted because Rittenhouse broke down on the witness stand — which Binger said telegraphed to the jury that he was remorseful and full of emotion. 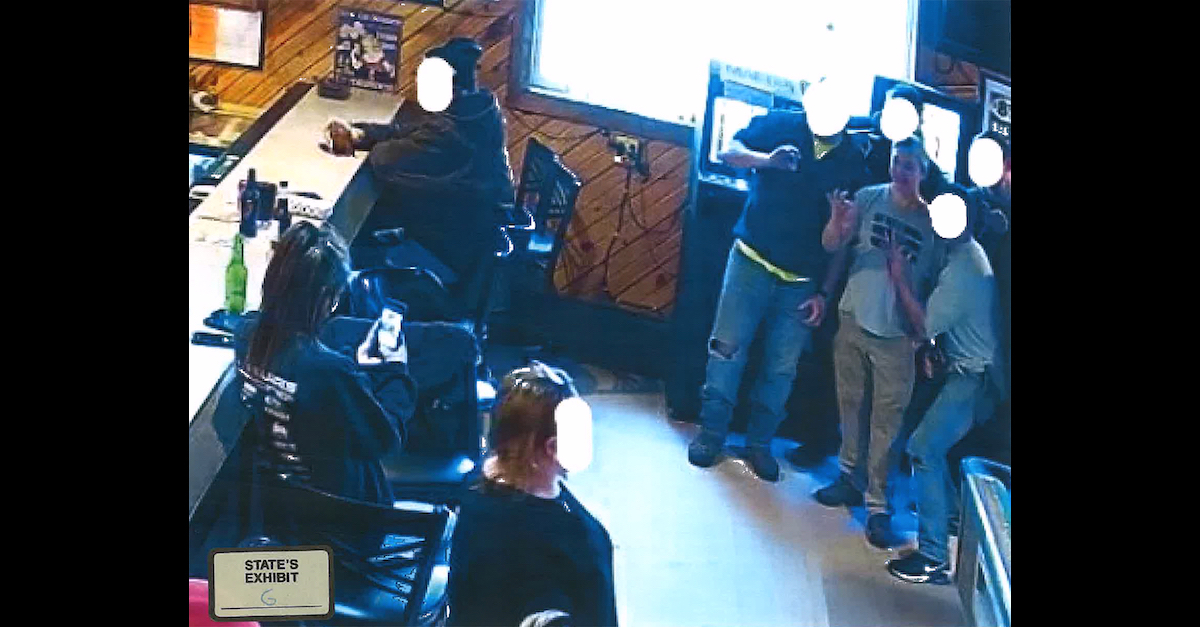 “I think that behavior [at the bar] is not consistent with someone who has a regard for human life,” Binger said. “I’d like to probe how heartfelt and sincere these emotions are when you go to a bar and you pose for selfies with people when you’re out on bond in a first-degree intentional homicide trial wearing a ‘free as fuck’ shirt.” 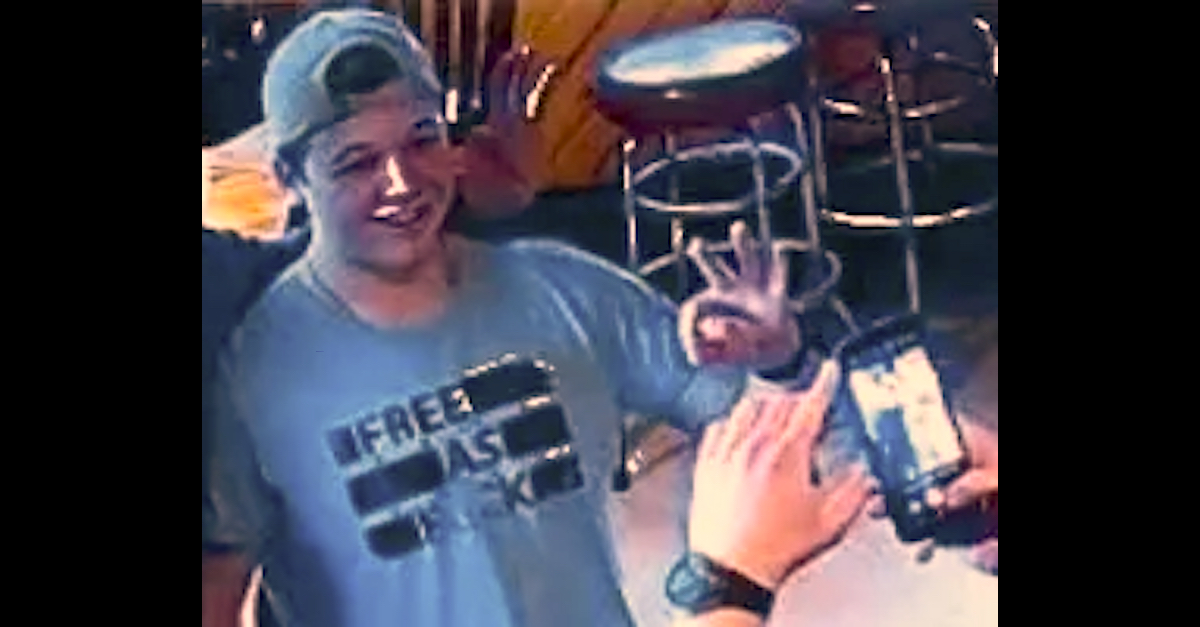 “There’s been nothing to open this door, judge,” Rittenhouse’s defense said. The defense said it didn’t ask the jury its feelings about such issues because the judge previously said the evidence wouldn’t come in to the trial.

Schroeder said he was “struggling” to determine why the evidence “would be relevant to any of the issues.” He said Rittenhouse wasn’t on trial for “behaving in a very offensive way” some four months after the shootings.

“I don’t see how the jury can work with that,” Schroeder said.

“One of our theories in this case is that his behavior that night was intended to gain attention to be famous, and he has reaped the benefits of that,” Binger said while referencing statements on Rittenhouse’s social media pages.

Schroeder said the evidence was not admissible for the “different purpose” of impeachment than what Schroeder ruled upon before.

The judge refused to allow the evidence to come into the case.