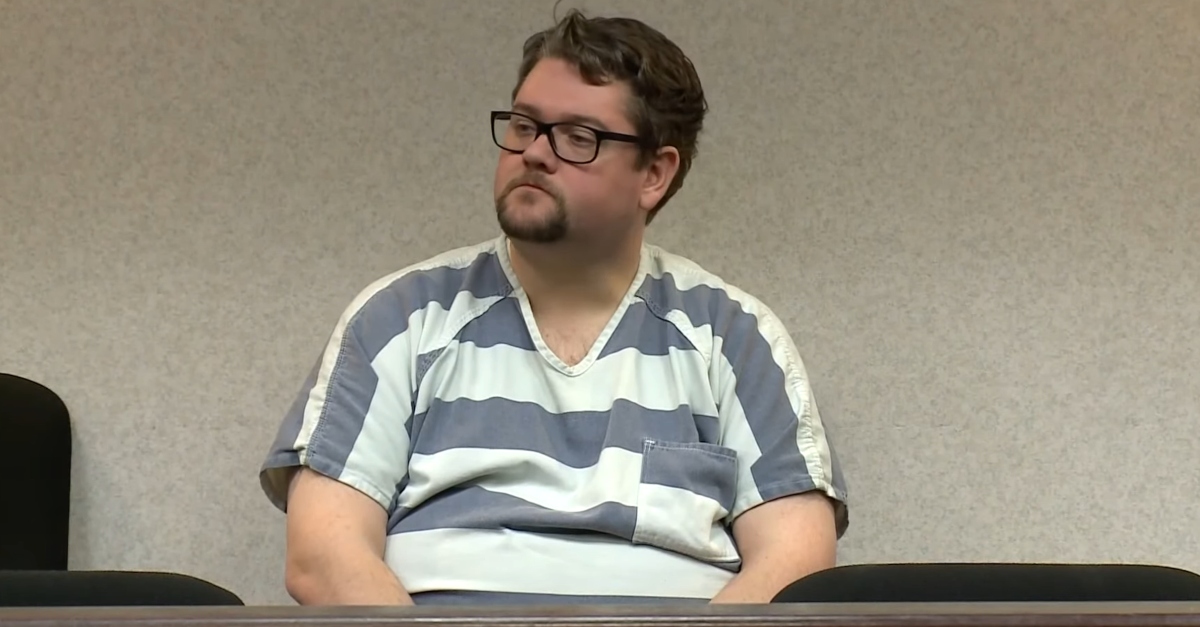 An Ohio priest was sentenced to life in prison after betraying the trust of young boys and violating the sacrament of confession to commit horrendous crimes. Robert D. McWilliams, 41, who worked under the Catholic Diocese of Cleveland, was sentenced Tuesday on sexual abuse and child pornography charges.

“This defendant violated and exploited children in nearly every manner imaginable,” Acting U.S. Attorney Bridget M. Brennan of the Northern District of Ohio said. “Using his role in the Church, Mr. McWilliams violated the sacrament of confession to identify potential victims, and offered religious counseling to victims he extorted under alter egos he intentionally created to conceal his own identity. He also used social media to target and entice young children into the exploitive world of juvenile sex trafficking, all after having already amassed a large collection of violent child pornography. We commend the victims and their families for the courage they have shown. We are also thankful to Homeland Security Investigations, the Geauga County Prosecutor’s Office, and the Internet Crimes Against Children Task Force for their work on this case and all cases involving perpetrators who target our children.”

In their sentencing memo, prosecutors wanted no less than 40 years in prison for what McWilliams did, but they made clear he should spend the rest of his life behind bars. Prosecutors said that, in at least one incident, McWilliams went out of his way to be in a family’s home when he sent illicit images to the boy’s mother.

“He was cunning, calculating and extremely cruel,” prosecutors wrote. “Only a sociopath could accept the hospitality of a family only to disappear into another room to transmit images of a victim to his mother so he could witness the pain inflicted upon his hosts. Yet, this was just the tip of the iceberg.”

The defense acknowledged McWilliams would spend at least 15 years behind bars, but asserted he was a candidate for successful sex offender treatment and that supervised release could compliment the prison term. From court documents:

Significantly, this Court is not merely depending upon the prison system to work. By imposing a substantial period of supervised release as part of its sentence, this Court will have direct supervision over Robert McWilliams upon his release. Conditions of supervised release can include a prohibition from using computers, frequent inspections of his residence, continued therapy and regular reporting. This not only ensures public safety, it satisfies the public’s need to feel protected. The supervisory branch of the United States Office of Probation is very good at their job and have advanced technological tools at their disposal to provide close supervision and protection of the public.

Instead, McWilliams is set to live out his days in prison. Defense attorney Robert Dixon confirmed to Law&Crime in an email that there was no plea agreement. He declined to offer further comment, except to say that they made objections and will appeal the sentence.

McWilliams received the life sentence for two counts of sex trafficking of a minor. He got 30 years in prison for three counts of sexual exploitation of children, and 20 years for transportation of child pornography, receipt and distribution of visual depictions of real minors engaged in sexually explicit conduct, and possession of child pornography. These sentences will run concurrently with credit for time served.

The Diocese of Cleveland said in a statement to Law&Crime that it is working on formally ousting McWilliams as a priest.

“With the sentencing of Robert McWilliams, let us once again, as a family of faith, offer prayers for all those impacted by his reprehensible actions and ask our loving Father to heal any and all wounds they have suffered,” the diocese said. “We also thank those in law enforcement and the judicial system who worked so hard to ensure that justice was served and that McWilliams’ wrongdoing was justly punished. Finally, let us offer our support and thanks to all the good priests of the Diocese of Cleveland who faithfully live out their promises each day in service to God’s people.  For its part, the diocese continues to actively pursue the removal of McWilliams from the clerical state.”