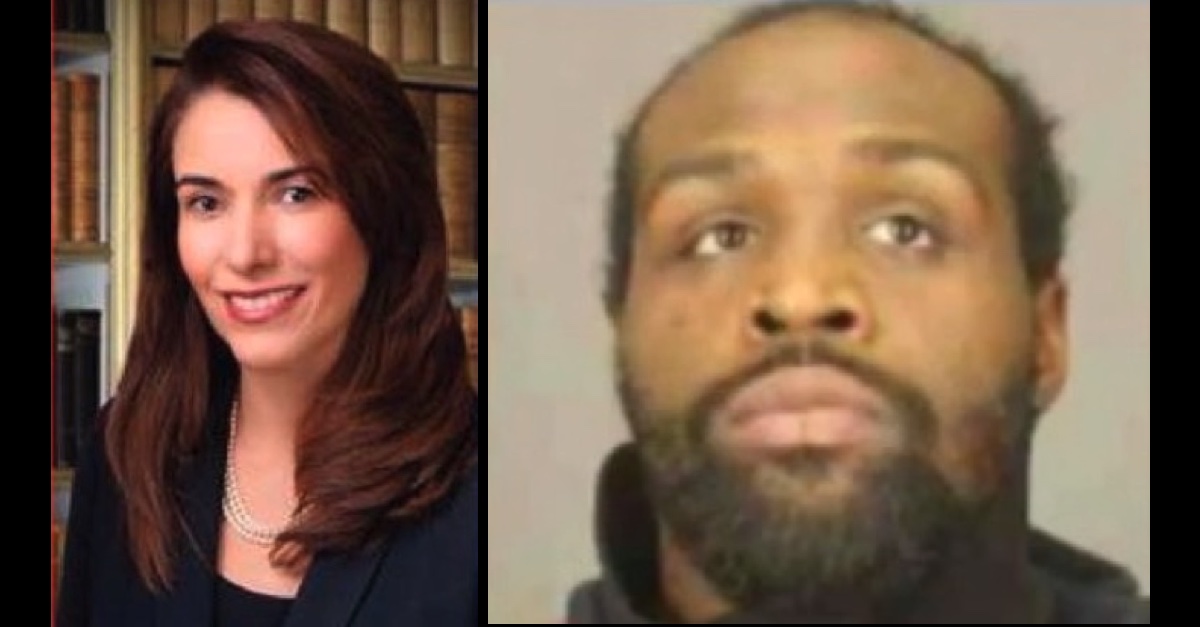 Two men have been charged in a plot to murder a family court judge in upstate New York overseeing the case of children the men are also accused of kidnapping.

Dimitri Cash and Joenathan Cash were arraigned Monday on an indictment charging them with conspiracy. Their alleged target was Monroe County family court judge Stacey Romeo, according to a press release from the Monroe County District Attorney.

Police believe Dimitri is the mastermind behind the alleged murder plot, as well as the January kidnapping.

Joenathan allegedly conducted surveillance at Romeo’s residence in November 2020, making cell phone videos of what he saw, the Democrat and Chronicle report said. He also allegedly watched the judge to learn about what car she drove to work and where she parked.

In a chilling detail reminiscent of the killing of the son of U.S. District Judge Esther Salas in New Jersey, Dimitri had allegedly searched online for information about buying uniforms owned by FedEx or U.S. Postal Service delivery drivers, the Democrat and Chronicle reported.

Both Dimitri and Joenathan pleaded not guilty.

Clark Zimmermann, an attorney for Dimitri Cash, said there could be “innocent explanations” for the actions detailed in the indictment, the Democrat and Chronicle reported.

“The allegations are extremely serious so it took us a little off-guard,” Zimmermann said, according to the report.

Romeo was overseeing the custody court case involving the children that Dimitri and Joenathan are accused of kidnapping in January.

Dimitri had been in a three-year custody battle of his two children, Dimitri Cash Jr., 5, and Shekeria Cash, 3, according to a report by local ABC affiliate WHAM.

The children were kidnapped from their foster home in Greece, New York, in January. Joenathan, along with his girlfriend Kimara Pluvoise, allegedly broke through a front window of the home, according to a report.

The kidnappers forcibly bound the foster mother together with two of the seven children at the home using duct tape, the Democrat and Chronicle report said. They also allegedly put duct tape over the woman’s mouth to stop her from screaming.

Joenathan and Pluvoise then allegedly went upstairs and forcibly removed the Cash children from the home, the report said.

Dimitri allegedly organized the plot, according to WHAM. He had previously been charged in an abduction from his son from an elementary school in January 2020, the Democrat and Chronicle report said.

The siblings were found less than 48 hours later, unharmed, in Montgomery, Alabama. Pluvoise had been driving away from the home where officials had tracked the children, according to the report. The children were found under a blanket on the floorboard of the backseat of the car Pluvoise was driving.

According to the Democrat and Chronicle, Greece, N.Y., police believed that Dimitri masterminded the abduction of the two children. All three—Dimitri, Joenathan, and Pluvoise—were charged with felonies in connection with the kidnapping.

Dimitri and Joenathan, who are cousins, are both being held without bail, according to the DA.