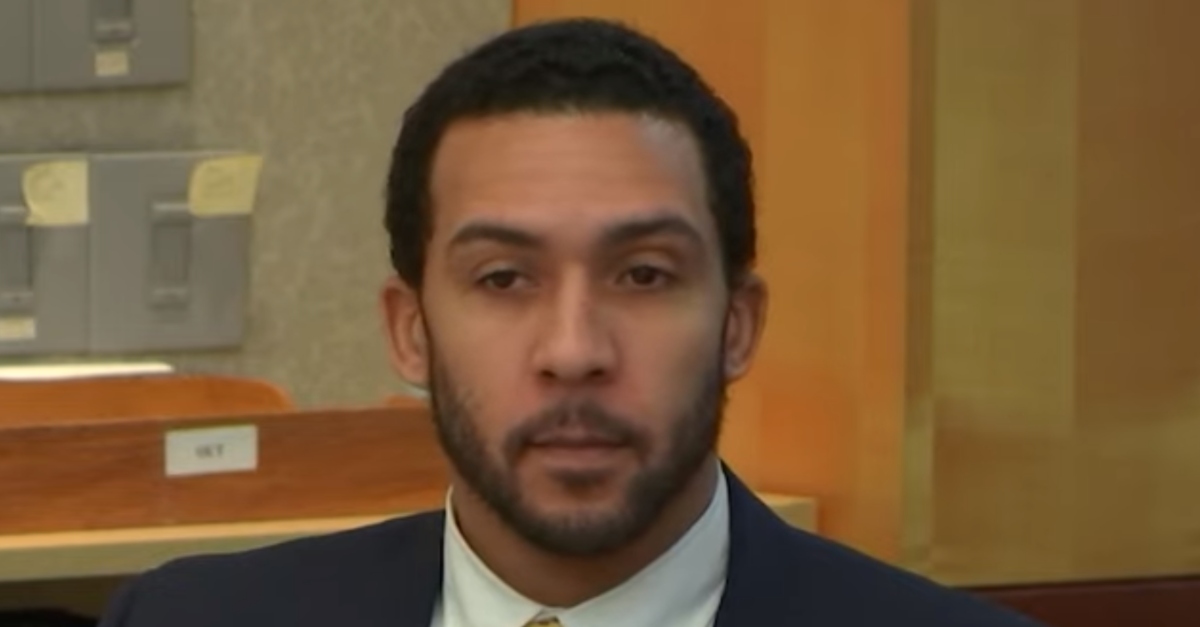 Juror notes are a regular, healthy part of trials. Perhaps the jury needs to review some evidence. Maybe they want clarification on certain instructions. It could be they simply want a break. Then there’s this letter from the rape and sexual misconduct trial of former NFL tight end Kellen Winslow II.

“The Jurors could benefit from an explanation as to what being under oath means,” said a note sent Friday. “Additionaly [sic], how we should follow the law and not what we think the law should mean.”

Prosecutors brought charges against Winslow for alleged incidents dating back to 2003. There are five women, and their ages skew older. Only one is younger than 50. The defendant allegedly raped three and committed lewd acts in front of two others.

The defense has argued that the alleged rapes were actually consensual sex, while the alleged lewd acts didn’t actually happen as the accusers suggested.

Deliberations continued into Friday. Not all jurors notes have been so… unique. Most were typical and had to do with the review of certain evidence.

#KellenWinslow – Reviewing what the jury has asked for: Note #1: “Can we please get an aerial satellite terrain map of exhibit 88. ” Ex 88 was a map, not satellite image, of Winslow’s Strava fitness app tracking his route in front of JD #3’s home. No satellite image in evidence pic.twitter.com/jzejL4oXK2

#KellenWinslow – Reviewing what the jury has asked for: Note #2 – “Can we please get a read back of JD#4 testimony, as well as Nicole Edwards testimony. Also, we are missing exhibit #154. Can we please get that” Ex 154 was text messages bt JD #4 and Nicole. pic.twitter.com/tg5bgZqKFH