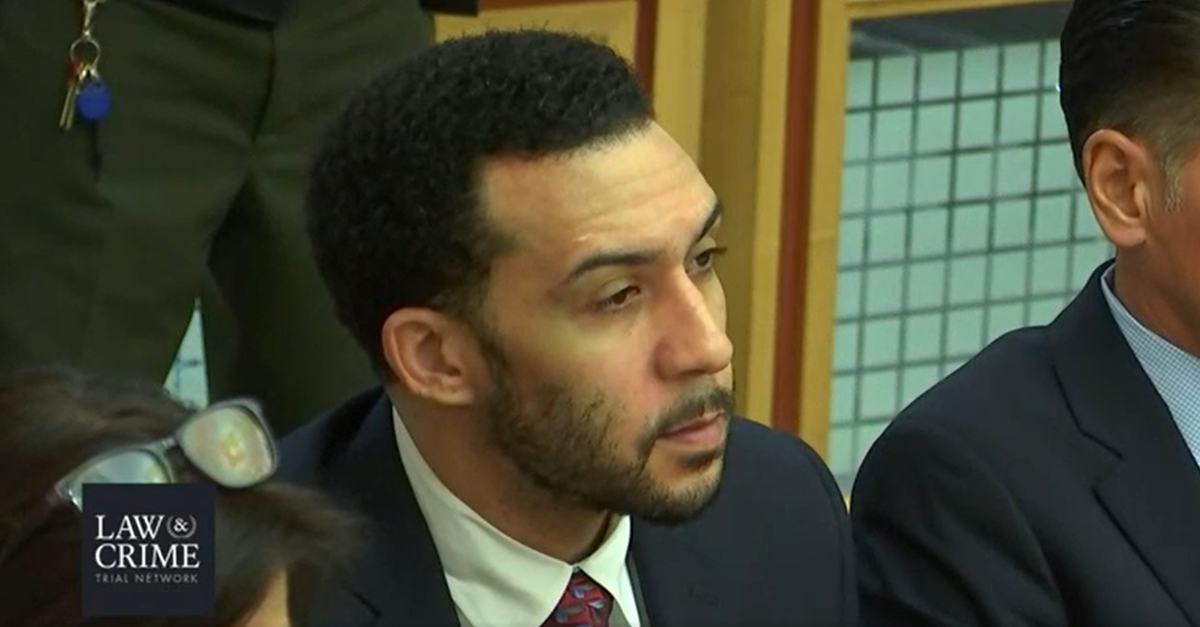 The maximum possible sentence in this plea would be 18 years in prison, said the judge. Winslow is admitting to sexual battery by restraint against Jane Doe #1, and rape of unconscious person against Jane Doe 4.

Prosecutors say Winslow had a pattern of sexually abusing women. The ages of his five alleged victims skewed above 50, but Doe 4 said she was 17 and he was 19 when he raped her at a party in 2003.

The two that concerned Doe #5–willful cruelty to elder, and battery against an elder–were severed from this trial, but were still active after a request from the defense. That left the remaining six charges, which regarded Doe #1, Doe #2, and Doe #4. He faced a possible life sentence.

#KellenWinslowRetrial – When the judge asks Winslow II if he understands he’s giving up his right to a trial he pauses for a long time then says, “I guess I have to your honor”

#KellenWinslowRetrial – Winslow II would have been eligible for a life sentence if he was convicted of the remaining rape charges. He now avoids that possibility with this plea. pic.twitter.com/yrK5LzrG2q

Tensions were high in the hours leading up to this development. The defendant’s father, NFL hall-of-famer Kellen Winslow Sr., was visibly furious in the morning.

Kellen Winslow Sr. Stormed out of court saying Bulls**t after the judge ruled the DNA of Jane Doe’s boy friend could not be used in the defense of #KellenWinslow Jr., who is accused of sexually assault a woman from #Encinitas. @fox5sandiego #nfl

The father of accused, Kellen Winslow Sr. Tells prosecutor Dan Owens “Do Not Look Over Here!” During break, clearly showing more emotion than in previous than the first trial. @fox5sandiego #KellenWinslow #nfl