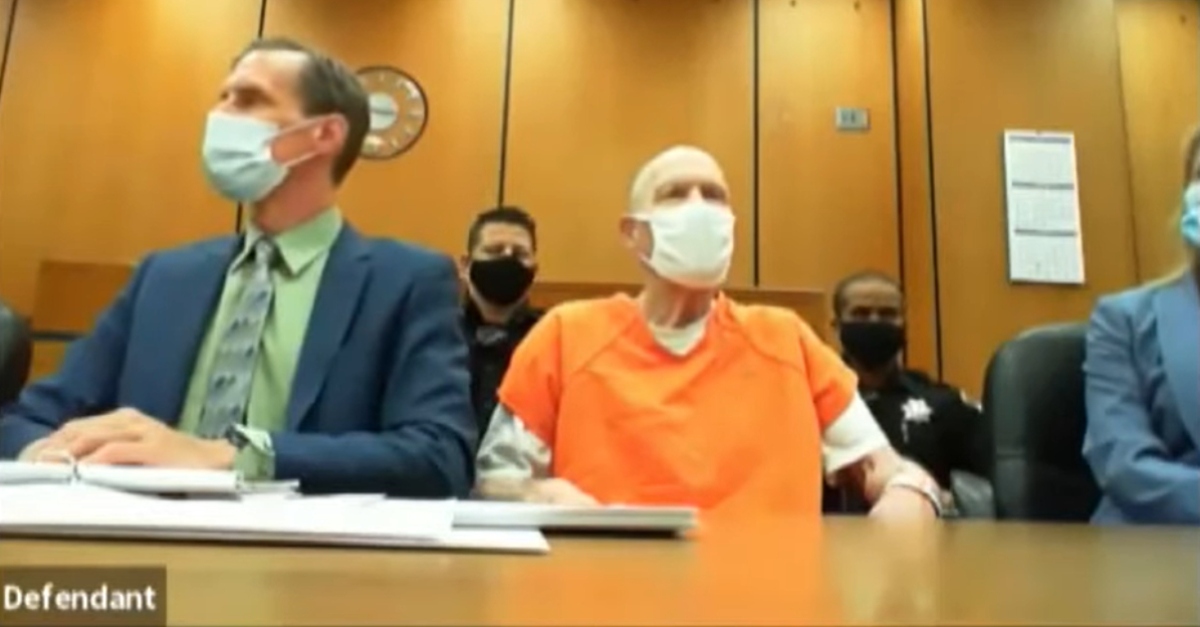 “Today it’s the devil who will be condemned behind bars for the rest of his life,” Orange County Prosecutor Todd Spitzer said.

DeAngelo only pleaded guilty to 13 counts of murder, as well as kidnapping charges. Prosecutors said he committed 50 rapes and more than 120 burglaries over the years, but those charges reached the statute of limitations. Nonetheless, victims and survivors of even the uncharged crimes were given the opportunity to speak in a sentencing hearing beginning on Tuesday. They expressed anger and disgust.

#GSK – Jane Carson-Sandler to #JosephDeAngelo: One-quarter of me being Christian wants to say I forgive you, but 3/4 says rot in hell. pic.twitter.com/jilo8Ydluz

More than one took jabs at the size of his private parts.

#GSK – Daughter of survivor Patricia Murphy reads her mother’s victim impact statement, “Did his little penis cause him to be so angry all the time?” #JosephDeAngelo pic.twitter.com/9Wu7AQSskz

DeAngelo had little, if any, response during the victim impact statements, even when we take the mask into account.

#GSK – Jane Carson-Sandler addresses #JosephDeAngelo multiple times telling him to look at her but he will not. pic.twitter.com/nTtzz0r5jM

He did speak when given the chance, telling the court that he was sorry.

The defendant’s M.O. was to often ambush victims. If there was more than one, he would put dishes on one of their backs as a so-called alarm system. He gave them an ultimatum: move or die. It was not uncommon for him to target a couple. He would put the dishes on the man’s back, and he would then rape the woman. A number of survivors reported getting harassing phone calls in the time after the crime.

From the moment of his first court appearance in 2018, DeAngelo appeared frail, often being pushed in a wheelchair, mouth open, staring at no spot in particular. Prosecutors said, however, he was just faking “feeble incoherence” when confronted with his crimes. They claim the defendant sped his motorcycle and did vigorous yard work before his arrest. They said there is video of him going through his cell athletically, and engaging in a sex act while watching a person who was outside of his cell.