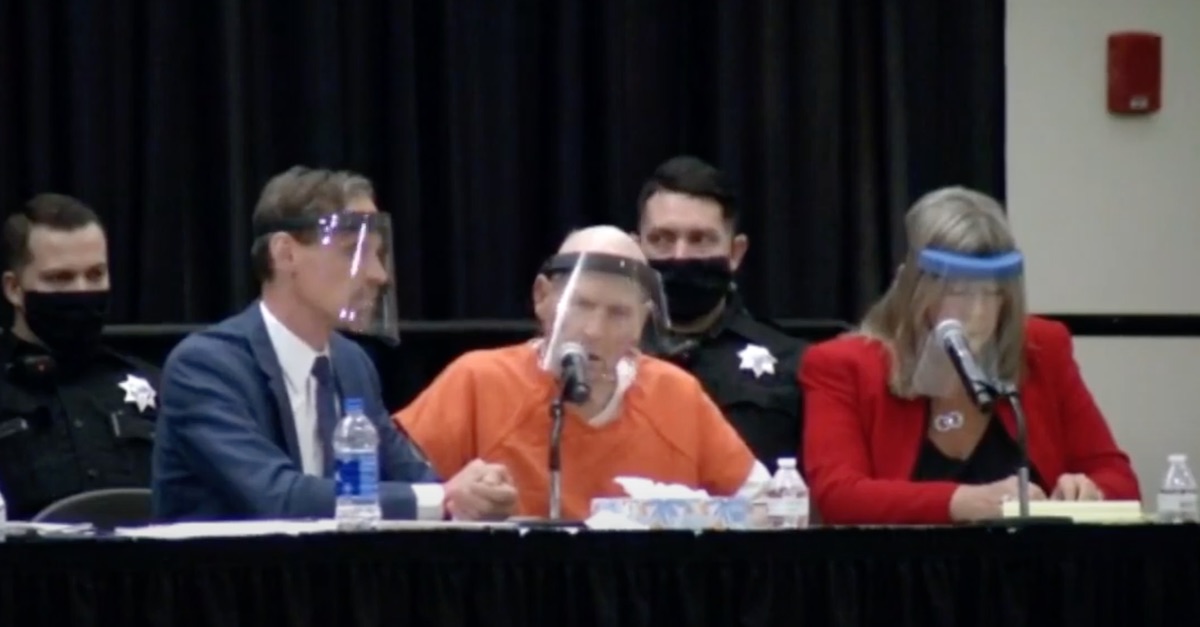 Joseph James DeAngelo, 74, pleaded guilty on Monday to 13 counts of murder and other charges. Prosecutors had identified him as the “Golden State Killer” suspect who committed serial murders, rapes and burglaries during the 1970s and 1980s in California.

Over the years, the suspect was also known as the East Area Rapist, the Original Night Stalker and the Visalia Ransacker. DeAngelo used to be a police officer and was also a Vietnam veteran. He was kicked off of the Auburn Police Department force in 1979 after he was caught shoplifting.

It was first reported two weeks ago that DeAngelo would plead guilty.

Despite the defendant’s frail in-court appearance, Sacramento County Deputy District Attorney Thien Ho said in court that DeAngelo “feigned feeble incoherence” after being arrested in 2018. But no matter the Golden State Killer’s physical condition, he’s not going to ever get out of custody. As part of his plea deal, he will be sentenced to life in prison without parole.

Sacramento County Deputy District Attorney Amy Holliday justified the plea deal with the fact that so much time has passed since the crimes: survivors, witnesses, and law enforcement officials involved in the case are either very old, or have passed away, and are also at high-risk for COVID-19.

#GoldenStateKiller – David heard gunshots from his house, def fired handgun that struck Brian’s upper chest before entering his spinal canal, fatal shot; Katie fled, screamed “help me” then def caught up to her and fatally shot her in the head;

All told, authorities blamed DeAngelo for at least 13 murders, 50 rapes, and 100 burglaries, but he admitted to certain counts.

The hearing is ongoing as of Monday afternoon, as prosecutors detail the facts of each charge, including uncharged offenses.

#GoldenStateKiller – Count 30- July 17, 1976, Jane Doe 15 and 16- sisters were asleep when 15 was awoken by male straddling her back, he poked her neck with a knife; he then went to 16 and attempted to restrain her but she ran out of the room; he hit her in the back of her head,