Warning: the videos above and below are disturbing.

After days of searching, law enforcement in Oregon announced that the protester who kicked a white man unconscious near a Black Lives Matter rally last Sunday in Downtown Portland has turned himself in.

The Portland Police Bureau said Friday that Marquise Love, 25, was booked earlier in the day on charges of riot, coercion, second-degree assault.

BREAKING: After causing a white man to crash his truck in downtown Portland, BLM militants then beat the man and knock him unconscious

The assault charge is a Class B felony, which is punishable by up to 10 years in prison in Oregon:

Portland Police Chief Chuck Lovell thanked the public for its assistance in this case, including in the identification of a key unidentified witness.

“I am pleased the suspect in this case turned himself in and appreciate all of the efforts to facilitate this safe resolution,” Lovell said. “Thank you to all of the members of the public who have provided information and tips to our investigators. Your assistance is very much appreciated.”

Authorities, both federal and state, have been investigating the circumstances that led up to the moment that the suspect, identified as Love, kicked Adam Haner, 40, in the head and knocked him unconscious.

Video showed Haner being dragged out of his truck after he crashed it. Eventually, Love allegedly ran up behind Haner, who was sitting in the street, and assaulted him. Haner could be seen motionless on the street and bleeding from his head. 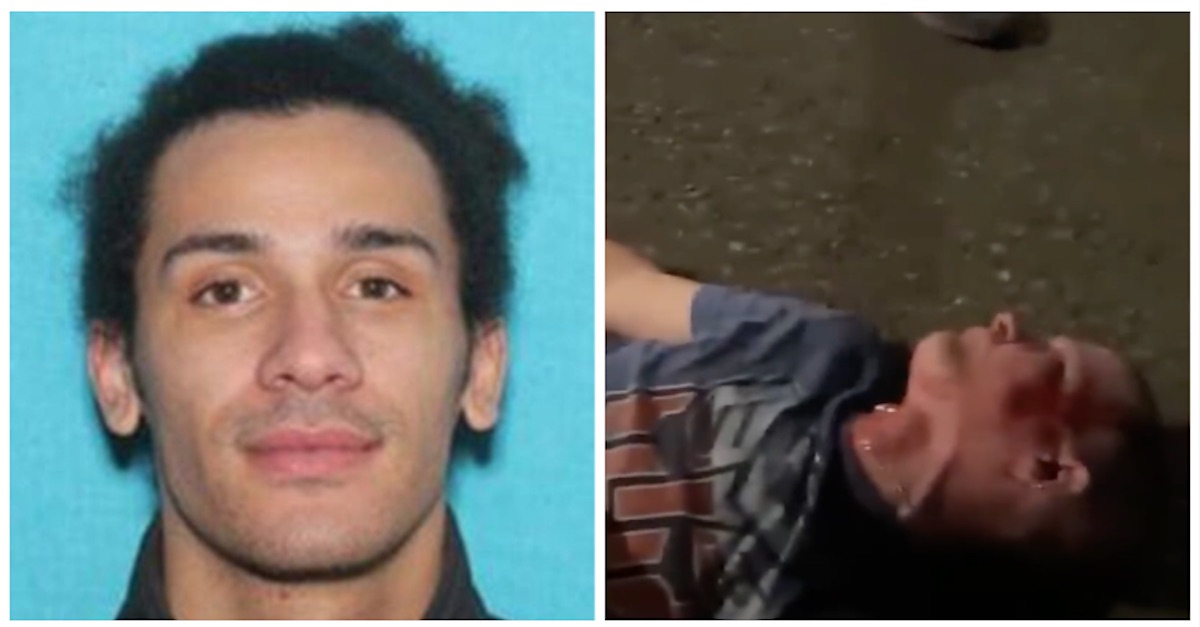 Haner was hospitalized and released. He is said to be recovering. Brian Haner said in a GoFundMe campaign, which has raised more than $100,000, that his younger brother Adam was “trying to help someone and was then attacked”:

I’m Brian Haner. Just moved to Apache Junction AZ two weeks ago. Adam Haner’s is my little brother. He’s living in Portland, I was right across the river from him in Vancouver WA before I moved. Hoping this money will help Adam get things together for his life after the attack he suffered. I know he will need repairs, or to replace the truck that was wrecked. He is going to need time to recover from his injuries as well. Plus replace things that where stolen from his pick-up that night, on Aug 16th. which happens to be my birthday. His girlfriend had some help getting his truck towed home while he slept tonight, Aug 17th. Maybe he will use some of this money to move out of Portland, or just use it to move up. I really don’t care what he uses it for. He would give the shirt off his back to help any of the people around him, and he really didn’t deserve what happened to him in Portland. I’ll supply updates here as I can, and may update the ‘story’ on the [GoFundMe] to better detail how this will all get handled. I really through this up in a hurry, because I was getting so many messages to start the GFM for him. After spending most of my day looking for information on what happened to him, and letting my mom and family know he was alive and home, I started replying to all the DM’s and messages on social media, and started this GFM and replied to as many massages as I could. I currently have enough free time in Arizona to mostly keep up with something this demanding. So hopefully, I’ll get to reply to all of you that have question, want proof it’s really for Adam, and get you updates as there is information available. Huge Thank You to everyone showing him support. This is going to be an awakening experience for my brother in so many ways. He’s always been cynical about the world at large, but has always been someone willing to step up and speak up to help someone being treated unfairly.

Authorities have been investigating the events the preceded the assault. It’s unclear why Haner crashed his truck. The Oregonian pointed to a couple of theories:

Multiple social media posts allege that someone had been driving erratically downtown and had tried to run over protesters several times, though those accounts could not be independently verified.

Shortly before the attack, protesters had surrounded Haner’s truck near a 7-Eleven a few blocks away at Southwest Fourth Avenue and Taylor Street, video shows. Police said Haner may have been trying to help someone who had their things stolen outside the convenience store. Police said they don’t know who that person is and that investigators are still trying to find them.

Police later said that they were “trying to locate a transgender female who had some of her things stolen in the area of Southwest Taylor and 4th Ave, the location where this incident began.”

“That person has not been contacted and their identity is unknown. Investigators would like to speak to this person,” they said.

PBD detectives previously said as well that they were seeking “locate and/or identify” a witness who “may have had contact with the suspect at Lownsdale Square prior to the assault.” The latest news release said that a witness was identified.

Star Protection Agency, a privately-owned security company, disavowed him in a press release. The company confirmed that Love worked there from January to March 2020. The company said it was responding because the person who assaulted Haner, who was wearing a “SECURITY” vest at the time, had been linked to Star Protection in the press.

“On 08/17/2020, several outlets incorrectly identified the suspect of a violent assault in Portland as an employee of Star Protection Agency. Since these reports emerged we have received many questions about this individual and his association with Star Protection,” COO Bryan Kettler said. “The individual named in these stories was temporarily employed by Star Protection as an unarmed security officer from January to March of 2020. Star Protection has not engaged this individual in any capacity since that time.”

“Upon his exiting the company Star Protection collected all issued equipment from this individual. The black ‘tactical vest’ with security patches, black t-shirt, black pans, and white high-top shoes seen in the video are not part of any uniform issued or authorized by Star Protection. Any use of Star Protection imaging or logos in connection with this individual is unfortunate and unauthorized,” Kettler went on. “Star Protection remains committed to our communities and the patrons of the properties we protect.”

Love, arrested several times since 2012, reportedly posted on Snapchat after the incident, saying “Might go to jail for murder tonight for a racist when all I did was fight him look it up on Twitter put money on my books and come see me.”

U.S. Attorney Billy J. Williams said earlier in the week that he was “sickened” by the “violent assault” that was caught on video.

“Like many Oregonians, I was sickened by the video circulating online showing a man being pulled from his truck in Downtown Portland and beaten and kicked until he lies on the pavement unconscious. While the circumstances leading up to this brutal assault are still under state and federal review, I must condemn, in the strongest possible terms, this depraved violence,” Williams said. “We must all continue to work together to achieve peace in the streets of Portland. If we are not successful, I fear one day soon we will wake up to news that a Portlander has been killed. We cannot let this happen.”