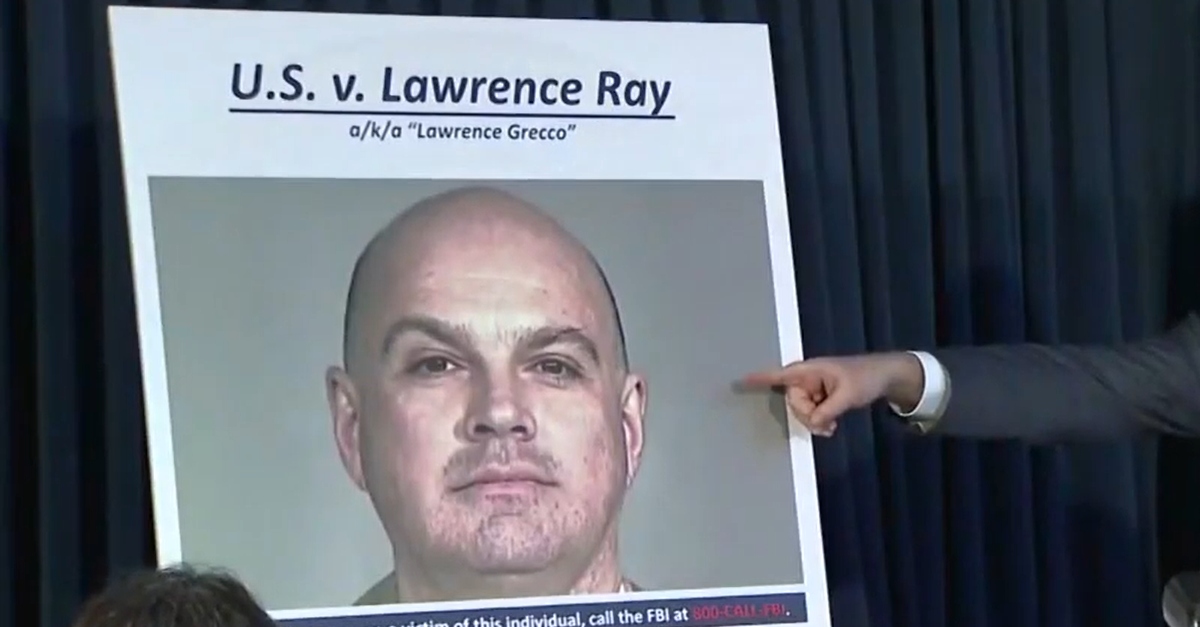 After getting out of jail in 2010, a father looked for a place to crash with his daughter and her roommates inside a dormitory of Sarah Lawrence College. What followed, prosecutors say, was a scheme of “indoctrination and criminal exploitation” of vulnerable students for sexual abuse, false labor and financial extortion.

Some three years after New York Magazine published the profile “Larry Ray and the Stolen Kids of Sarah Lawrence” in 2019, the alleged sex cult leader at its center will face a federal jury for the first time. Opening statements are scheduled to begin on Thursday.

On Feb. 11, 2020, Lawrence “Larry” Ray was hit with nine charges, including sex trafficking, extortion, forced labor and money laundering. The original indictment ballooned to 17 counts earlier this year, with the superseding charges including a top count of racketeering conspiracy.

For roughly 10 years, prosecutors say, Ray alienated the students from their families, subjected them to sexual and psychological manipulation, physically abused them through violence and deprivation, and extracted false confessions to extort them for money. He alleged pressured one woman to “engage in frequent prostitution and collecting nearly all the proceeds of that prostitution, amounting to millions of dollars in profits for the enterprise,” according to his superseding indictment.

“You Would Never Doubt Him, Never Ever”

Such wide-ranging allegations are befitting of a defendant known for telling extravagant tales of his personal history. Those who know him say that Ray may have exaggerated his backstory, but he did rub elbows with the powerful.

According to New York Magazine, Ray claimed to be an FBI informant used to lure former Donald Trump associate Felix Sater back to the United States. A real estate developer that prominently figured in the Mueller Report, Sater was an unindicted co-conspirator at the time in a pump-and-dump stock fraud scheme. In 1998, Sater pleaded guilty to a $40 million stock fraud scheme orchestrated by the Russian mafia and started extensively cooperating with the U.S. government. Sater, a reported CIA asset, would later help unsuccessfully broker a plan for Trump Tower Moscow plan before the 2016 presidential election.

Confirming a short-lived connection to the accused cult leader, Sater insists his ties to Ray are thin.

“Last time I saw him was 28 years ago,” Sater told Law&Crime in a direct message, referring to Ray.

Like Sater, Ray would also cooperate with the government following his securities-fraud prosecution in 2000.

“I met him like 4 times in my life and the relationship went to shit pretty quickly,” he added.

Ray’s relationship to former New York City Police Commissioner Bernard Kerik turned out to be similarly ill-fated. In a phone interview with Law&Crime, Kerik recounted meeting Ray in the mid-1990s through a personal friend and initially coming away with the impression that Ray was well-connected and “extremely patriotic.”

Sharing one anecdote, Kerik recalled parking outside of John F. Kennedy Airport in New York City, picking up Ray upon his arrival from Russia. Kerik said that he remembered seeing Ray approaching with two men, one of whom looked like the spitting image of ex-Russian President Mikhail Gorbachev. In fact, Kerik said, it was Gorbachev, alongside the leader’s longtime interpreter Pavel Palazhchenko. Ray later introduced Kerik to such powerful U.S. politicians as ex-New York Gov. Mario Cuomo and ex-Sen. Robert Torricelli (D-N.J.), he said.

According to Kerik, Ray is “a master manipulator and conman like he had never seen before.”

“This guy takes the cake, because he has the ability to portray himself in a manner and put things around him that you would never doubt him, never ever,” Kerik said.

After Kerik refused to intervene in his criminal proceedings, Ray became a key witness against Kerik in a case ending in the ex-NYPD commissioner’s federal convictions for tax fraud, ethics violations, and criminal false statements. Trump later pardoned Kerik of those offenses.

The Sarah Lawrence College case long postdates those episodes from the 1990s.

Though he was sentenced to probation, Ray reportedly went to jail after refusing to comply with a court order to turn over custody of his children to his ex-wife. His daughter Talia Ray was the Sarah Lawrence student who reportedly introduced her father to his alleged victims, two of whom have been identified in court documents as Felicia Rosario and Claudia Drury.

U.S. District Judge Lewis Liman, who is presiding over Ray’s trial, closed the courtroom on Wednesday afternoon for a hearing to determine whether Ray’s defense attorneys can use passages from Drury’s journal to try to discredit her based on her sexual history.

The assault allegations leveled against Ray are gruesome.

“Ray assaulted Female Victim-1 by placing a plastic bag over her head and interfering with her ability to breathe, at a hotel in midtown Manhattan, New York,” according to just one allegation in his second superseding indictment.

“As alleged, for nearly a decade, Lawrence Ray exploited and abused young women and men emotionally, physically, and sexually for his own financial gain,” Berman said at the time. “College is supposed to be a time of self-discovery and new-found independence. But as alleged, Lawrence Ray exploited that vulnerable time in his victims’ lives through a course of conduct that shocks the conscience.”

Another self-identified survivor, Daniel Barban Levin, wrote a memoir named after the communal house where they all lived: “Slonim Woods 9.” A representative from his publisher told Law&Crime that Levin would not be commenting on the trial.

The charges against Ray mirror other high-profile cases that have hit federal courts in New York in recent years. Late last year, a different jury in the same federal court complex in Manhattan heard—and ultimately, convicted on—sex trafficking allegations against Jeffrey Epstein associate Ghislaine Maxwell. Across the river in the Eastern District of New York, a different jury found singer R. Kelly guilty of a racketeering scheme of sexual abuse.

Unlike in those two cases, Ray does not stand accused of exploiting minors, though his alleged victims were young.

A year earlier in the Eastern District of New York, convicted NXIVM sex cult leader Keith Raniere, likewise dubbed a master manipulator, was sentenced to life in prison for his racketeering and sex trafficking scheme.

Ex-Sarah Lawrence student Isabella Pollok, who was initially viewed as a victim of Ray’s alleged crimes, was indicted as an accused co-conspirator earlier this year. She is expected to stand trial separately in July.