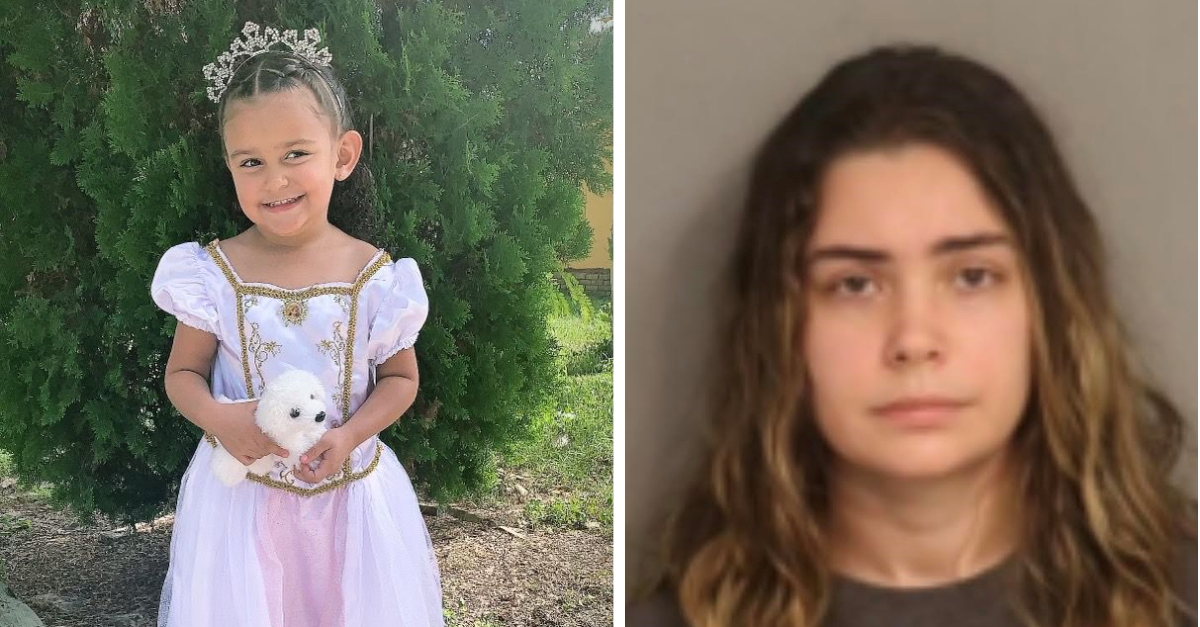 Jacinda Decaro (right, via Osceola County Sheriff’s Office) is charged with the death of her daughter Masiela (left, via WKMG screengrab / family photo).

A Florida woman who allegedly poisoned herself and her daughter is now charged with the girl’s death after surviving what law enforcement officials believe to be a failed murder-suicide attempt, authorities announced on Wednesday.

Jacinda Decaro, 26, is charged with first-degree murder in the death of her 4-year-old daughter Masiela Decaro, according to the Osceola County Sheriff’s Office.

Osceola County inmate records show that Decaro is being held without bail and scheduled to make her first court appearance on Thursday.

She is charged under the premeditated murder statute in Florida, which means that she faces life in prison or the death penalty if convicted.

There are no other charges listed on her inmate page.

Masiela and her mother were discovered after a concerned family member called in a welfare check while the two stayed at the Star Island Resort & Club on Jan. 10, according to the Osceola County Sheriff’s Office.

Decaro had a faint pulse; her daughter did not.

“The night of the murder, the suspect talked about suicide to several different people, told an ex-boyfriend that she didn’t want to live. She also FaceTimed another friend the same evening and talked about not wanting to be here,” said Sheriff Marcos Lopez. “The doors were all locked from the inside when we attempted to make contact with all parties. Tylenol and liquid Benadryl were on the nightstand.”

Lopez said from the start that authorities were treating the case as an attempted murder-suicide.

“Possibly, she put some type of medications together, gave it to the baby, and then took them herself,” he said back in January.

Sheriff Lopez then revealed that Decaro had contacted at least three people the night before she was found and expressed a desire to take her own life.

“We don’t have details on if it was a mental health crisis, or if it was some sort of other things personally her life,” added Sheriff Lopez.

Decaro had no history of mental health issues, according to deputies. She allegedly left a note at the scene that read: “I’m sorry.”

Decaro recovered after a brief hospitalization but is now behind bars after the medical examiner completed the autopsy of Masiela and determined “intentional poisoning” to be her cause of death. 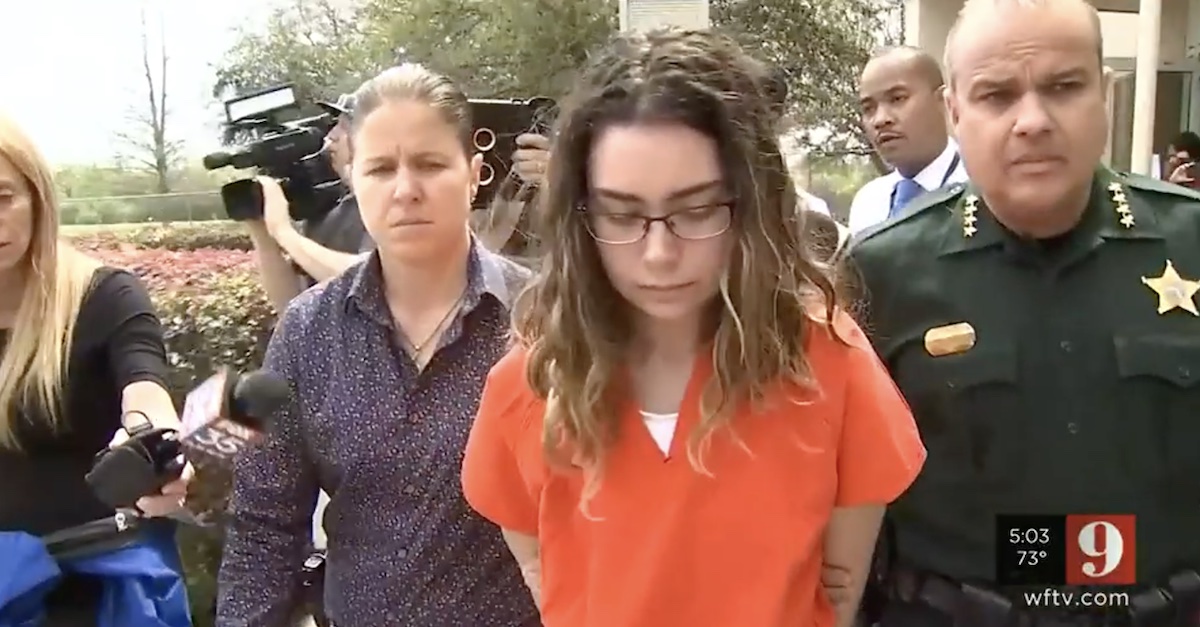 Jacinda Decaro, pictured in handcuffs and an orange jumpsuit, declined to answer questions posed to her.

Shortly after the arrest, Sheriff Lopez spoke about a meeting his office had with Decaro earlier in the day.

He said Decaro was not responsive to questions.

“Today, we tried to question her, to see what was her intentions or her mindset. She didn’t want to talk,” Sheriff Lopez said Wednesday, according to Orlando CBS affiliate WKMG. “So we don’t know what was going through her mind or what she felt or what she meant by doing what she did.”

Lopez then turned his focus to the victim.

“All I know is that there’s a little girl who lost her life,” he said. “She wanted to take her own life, she could have. She didn’t have to include this 4-year-old who hasn’t even begun to live.”