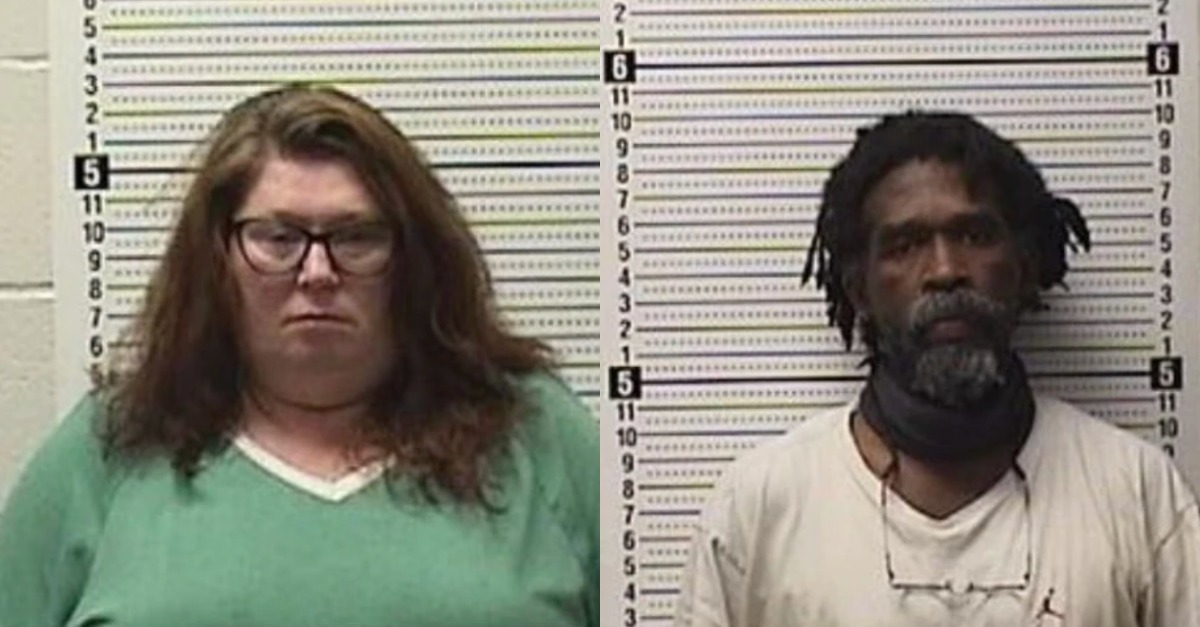 A Mississippi couple has been arrested in connection with a case of alleged child abuse.

Brenda Dennison, 51, and her boyfriend Adrian LeSure, 51, stand accused of two counts each of felony child abuse for allegedly locking two of Dennison’s grandchildren in a dog cage at least once apiece.

According to the Tate County Sheriff’s Office, administrators at East Tate Elementary School filed a report after a student told their teacher they were being locked in a cage at home when they got into trouble. The child reportedly framed this revelation as a plea to the teacher in order to avoid trouble at school so they wouldn’t be punished, in turn, at home, according to Memphis, Tenn-based Fox affiliate WHBQ and NBC affiliate WMC.

The allegations were first reported to the Magnolia State’s Child Protective Services agency. The case was then referred to the TCSO.

Deputies and investigators with the child welfare agency went to the Dennison residence on the 400 block of Turner Road in Coldwater, Miss., where they allegedly discovered a metal, wire cage outfitted with some sort of a locking device. Authorities say enough additional evidence was discovered at the scene for investigators to believe that children had, at least at some point, been placed in the cage.

Coldwater is about half an hour south of Memphis.

According to Tate County Sheriff Brad Lance, the cage was used as a form of punishment. The sheriff noted, however, that no children were inside of the cage when law enforcement officers conducted their search.

Authorities received the referral on Tuesday, March 8, 2022. By Wednesday, both defendants were arrested and charged.

According to the sheriff’s office, none of the children appeared to be physically injured or malnourished. They were all first placed in CPS custody and have since been placed in another home.

Authorities say the investigation is ongoing and that additional charges could be filed against the defendants.

“I’ve never had to deal with this type of situation since I’ve been in law enforcement and it’s very disturbing,” TCSO Captain Lisa Sanders, a nearly 25-year law enforcement veteran, told WREG. “If something is said that just doesn’t seem right, report it. Let us look into it. Let us determine if it is nothing or it is something. Phone calls and people just speaking up saves lives.”

Mississippi law outlines various penalties for what statutes refer to as “felonious child abuse.” Those penalties range from a likely sentence of two to 10 years in prison depending on the factors and if harm occurred from the abuse.

In early February, Law&Crime reported on a Florida couple who allegedly kept one of their adoptive sons locked up in a tiny cell inside their garage when he came home from school. The parents in that case have denied wrongdoing.