Lawsuit Against Diplomat’s Wife Over Death of Harry Dunn Must Stay in U.S. Because She Refuses to Return to U.K., Judge Rules 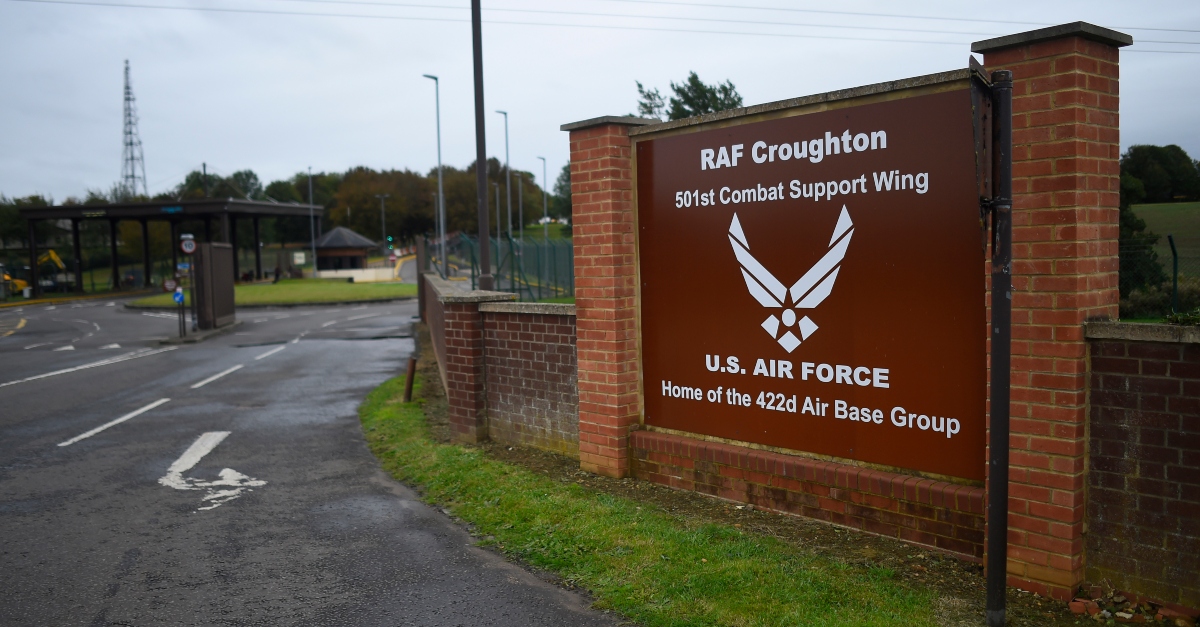 The ongoing lawsuit over the death of 19-year-old British man Harry Dunn must stay in the United States because the defendants refused to go back to the United Kingdom, a federal judge ruled Tuesday.

Judge T.S. Ellis III reasoned that the driver, Anne Sacoolas, and her co-defendant husband, Jonathan Sacoolas, created the situation because they refused to go back overseas. Ellis denied the defense’s assertion that the United Kingdom was a better location for the lawsuit [emphasis his]:

… although all parties can enter the United Kingdom, that forum is not fully adequate because defendants have made clear that they will not return to the United Kingdom to participate in the trial or other related civil proceedings if the case is brought there. Specifically, defendants’ counsel in their briefing write that “[n]either Defendant Anne Sacoolas nor Defendant Jonathan Sacoolas will agree to return to England for depositions or trial.”

As the complaint from Dunn’s parents Charlotte Charles and Tim Dunn, and twin brother Niall Dunn describes, Anne Sacoolas was driving on the wrong side of the road near the Royal Air Force Croughton base in Northamptonshire on August 27, 2019. Her vehicle collided with Dunn, who was riding a motorcycle. The victim sustained horrific injuries. He was still alive when paramedics arrived, but he died at the hospital. Sacoolas is accused of failing to call authorities or seek medical help even though she had a cell phone with her. Jonathan Sacoolas, a U.S. diplomat, is being sued at the owner of their vehicle, a British model Volvo SUV.

Anne Sacoolas allegedly at first promised to cooperate with local cops, but fled the United Kingdom, and claimed diplomatic immunity. The U.S. Department of State rejected an extradition request by the U.K.

Ellis noted in his order that witnesses identified by the plaintiffs have agreed to participate and to go to the United States. Also, the presence of the defendants is better for the purposes of testimony:

Although a trial of the civil claims in this case could conceivably take place in the United Kingdom without the presence of defendants, that trial would be a mere bare-bones trial given that evidence from defendants necessary for determining vicarious liability and damages would have to be taken through deposition or video testimony in the United States to be presented in the United Kingdom. Such a bare-bones trial is far less preferable than live testimony presented to a jury, and certainly does not serve the ends of justice or the convenience of the parties, the jury, and the court. Thus, the proposed United Kingdom forum is in an important sense not adequate given the refusal of defendants to return to the United Kingdom to participate in the trial and related proceedings.

Law&Crime readers may remember Ellis as the trial judge in the criminal case of former Trump campaign chairman Paul Manafort in the Eastern District of Virginia. Manafort has since been pardoned. Strangely enough, the administration of former President Donald Trump looms over the Dunn case not only because Dunn was killed during his term, but because the administration attempted to stage a dramatic meeting between Dunn’s parents and Sacoolas. That backfired.

Charlotte Charles and Tim Dunn said they would only agree if Anne Sacoolas was in the U.K. where the police could interview her.

You can read the order here:

Order of Harry Dunn Lawsuit by Law&Crime on Scribd