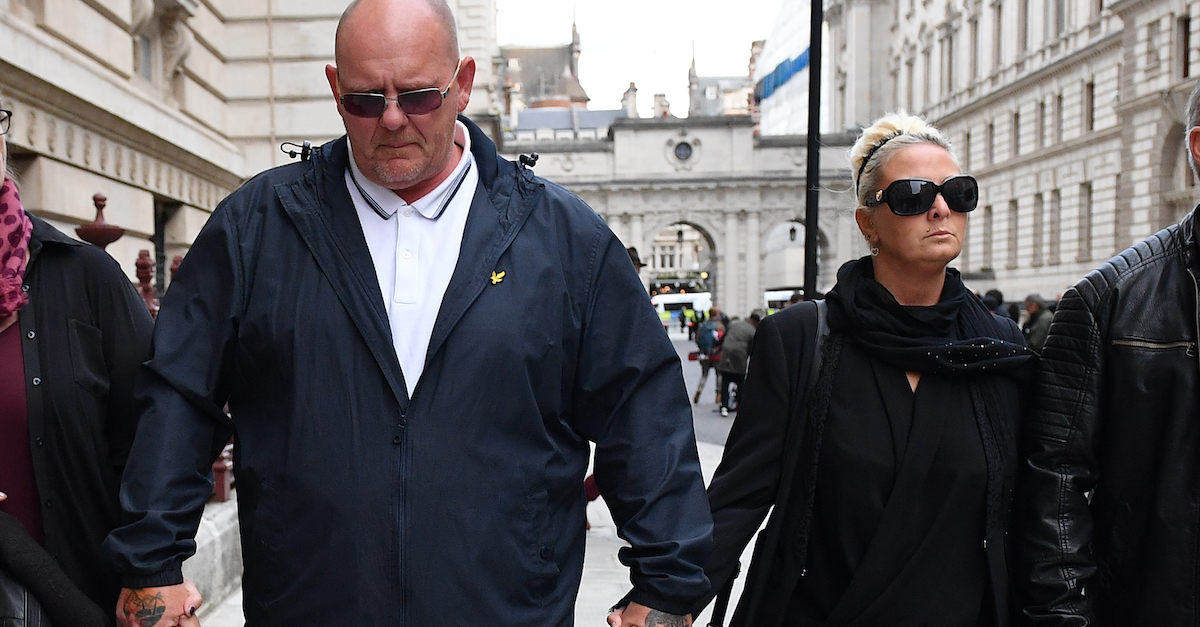 Charlotte Charles (R) and Tim Dunn, parents of teenage motorcyclist Harry Dunn who was killed in a collision with a car, leave after a meeting with Britain’s Foreign Secretary and First Secretary of State Dominic Raab at the Foreign and Commonwealth Office in central London on October 9, 2019. – Britain’s Prime Minister Boris Johnson urged the United States on Monday to reconsider granting immunity to a diplomat’s wife suspected of killing a teenager in a British road crash.

The parents of Harry Dunn, a British teen killed by a wrong-way driving American diplomat’s wife who weeks later claimed diplomatic immunity and left the UK, were greeted with a “surprise” and a “circus” at the White House they weren’t prepared for. Their lawyer says it caused a lot of pain.

Charlotte Charles and Tim Dunn were welcomed to the White House on Tuesday. President Donald Trump, Tim Dunn said, said “he was sorry about Harry and then he sprung the surprise that Mrs. Sacoolas was in another room in the building and whether we want to meet her there and then.” Harry was 19.

Anne Sacoolas, 42, is the woman that killed their son. This is not disputed, nor is the fact that she was driving on the wrong side of the road near the RAF Croughton air force base in Northamptonshire, which is used by the U.S. military. Her husband is a diplomat. The fatal crash occurred on August 27. Harry was riding a motorcycle.

Charles and Dunn have not yet met Sacoolas. Days ago, they said they would meet her if she promised to return to the UK. They also said that was “non-negotiable.”

What ended up happening instead, their lawyer Mark Stephens said, is that Trump national security adviser Robert O’Brien arranged for a rushed and surprise meeting — in which Charles, Dunn, and Sacoolas would meet for the first time ahead of a staged hug in front the media, and the world.

Charles and Dunn only learned that Sacoolas was in another room in the White House when Trump said so. Stephens blamed O’Brien for this, Reuters reported.

“[O’Brien has] heaped grief and pain on the family by making them go through this but not allowing them to get the closure they need by talking to Mrs. Sacoolas before they can go onto the grieving stage,” Stephens said.

While Sacoolas is said to be “devastated” about Harry Dunn’s death and is willing to meet Dunn and Charles, Dunn and Charles have made it clear they want Sacoolas to promise to return to the UK, where she could be held accountable for their son’s death.

Dunn said that they rejected the idea of meeting Sacoolas after Trump mentioned the immediate possibility. He explained why.

“We said no because as we’ve been saying from the start we want to meet Mrs. Sacoolas but we want to do it in the UK so the police can interview her. We didn’t want to be sort of railroaded, not into a circus as such, but a meeting we weren’t prepared for,” he said.

“The bombshell was dropped not soon after we walked in the room: Anne Sacoolas was in the building and was willing to meet with us,” she said. “We made it very clear that as we’ve said all along … we would still love to meet with her but it has to be on our terms and on UK soil.”

Stephens called the handling of the situation a “gargantuan miscalculation” and “so wrong.” The family felt a “bit rushed.” Dunn did credit Trump for being “very gracious and respectful” during the meeting, saying he came away believing that the president will “genuinely […] look to try and resolve this.”