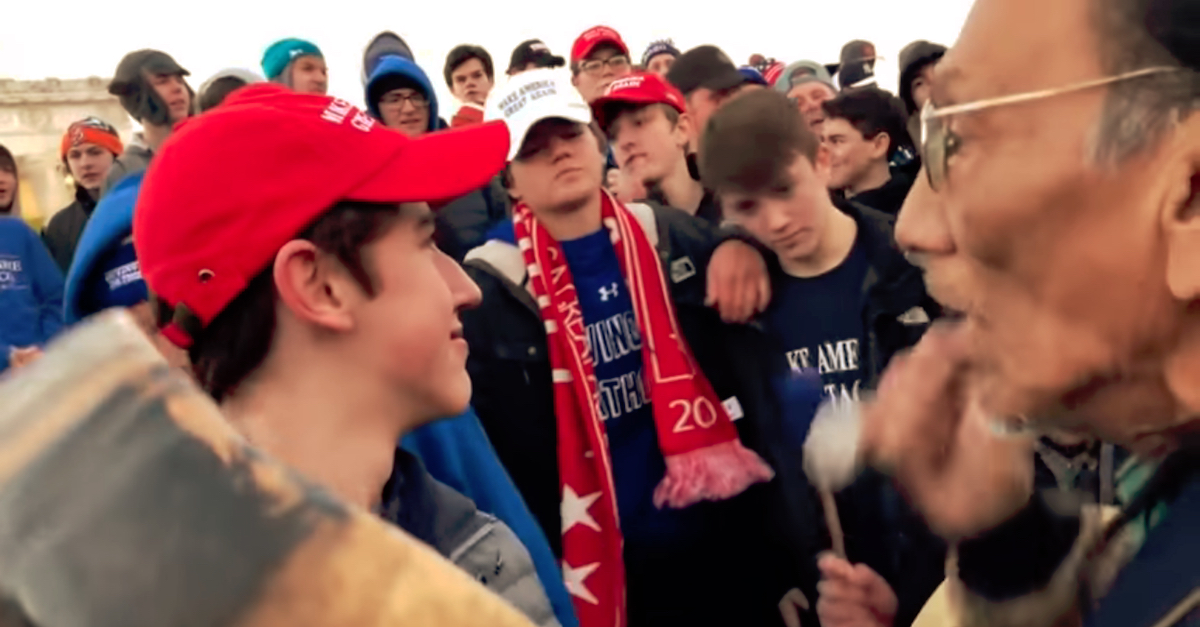 A federal court in Kentucky on Thursday denied The New York Times attempt to dismiss a defamation lawsuit filed by Nicholas Sandmann, the Covington Catholic high school teen whose family sued a group of major media companies and individual media figures after narratives shifted about his face-to-face encounter with a Native American protester at the March for Life in 2019.

The basis of Sandmann’s lawsuit is that the Times libeled him in publishing an article stating that he “blocked” Native American activist Nathan Phillips and “prevented Phillips’ retreat while Nicholas and a mass of other young white boys surrounded, taunted, jeered and physically intimidated Phillips.”

The Times published the following quote from Phillips in its January 2019 article:

“It was getting ugly, and I was thinking: I’ve got to find myself an exit out of this situation and finish my song at the Lincoln Memorial,” Mr. Phillips told The Post. I started going that way, and that guy in the hat stood in my way and we were at an impasse. He just blocked my way and wouldn’t allow me to retreat.”

Sandmann, who recently began working for Senate Majority Leader Mitch McConnell’s (R-Ky.) re-election campaign, alleged that the publication resulted in him being harassed by the public, causing him great emotional distress.

In a brief six-page order, Senior Judge William O. Bertelsman of the United States District Court for the Eastern District of Kentucky rejected the Times contention that the article about the incident involving Sandmann was “a standard piece of investigative journalism” and therefore not libelous.

Bertelsman reasoned that, similar to the Sandmann’s lawsuits against other news outlets, several of the statements in the article should have been further vetted for accuracy prior to publication.

“Under Kentucky law, a writing is defamatory ‘if it tends to (1) bring a person into public hatred, contempt or ridicule; (2) cause him to be shunned or avoided; or (3) injure him in his business or occupation.’ The allegations of the Complaint fit this definition precisely,” Bertelsman wrote. “Defendant published a statement by Phillips that was made after Sandmann had departed for home, a statement to which Sandmann had no opportunity to reply in real time. While Sandmann had such an opportunity later, and such evidence might be admissible to show lack of malice, it is not a defense to the defamatory meaning of Phillips’ original statement itself.”

The Times also argued that Sandmann’s lawsuit, filed a little more than 13 months after the date of the incident, were barred by the one year statute of limitations for defamation claims, a contention Bertelsman dispensed with quickly.

“Of course, Sandmann was 16 years old at the time of these events. And, under KRS 413.170(a), the running of a statute of limitations is tolled where the plaintiff is a minor, until he or she reaches the age of 18,” he wrote. “Thus, Sandmann had one year following his eighteenth birthday, which occurred in July 2020, to file his claim.”

Sandmann has previously settled similar lawsuits against The Washington Post and CNN.