Attorneys Robert Barnes (disclosure: Barnes has written columns for Law&Crime) and Kevin Murphy began the suit by going back to January 18, 2019, when, they say, “A field trip to our nation’s capital for a group of minors from Covington, Kentucky turned into a social media nightmare that changed their futures forever.”

This was when MAGA hat wearing high school students (Nick Sandmann, in particular) came face to face with a 65-year-old Native American man identified as Nathan Phillips. The lawsuit said that the defendants jumped to conclusions, painting the plaintiffs as racists, lying about an event they didn’t witness firsthand, and libeling the minors. (Note that these minors are bringing this lawsuit through their parents.)

“Several of our Senators, most-famous celebrities, and widely read journalists, collectively used their large social media platforms, perceived higher credibility and public followings to lie and libel minors they never met, based on an event they never witnessed,” the lawsuit said. “These defendants called for the kids to be named and shamed, doxxed and expelled, and invited public retaliation against these minors from a small town in Kentucky.The defendants circulated false statements about them to millions of people around the world. The video of the entire event, known to the defendants, exposed all of their factual claims against the kids as lies. The defendants were each individually offered the opportunity to correct, delete, and/or apologize for their false statements, but each refused, continuing to circulate the false statements about these children to this very day on their social media platforms they personally control.”

Ms. Haberman has not yet been served with this complaint. The lawsuit is entirely without merit and we will vigorously defend it if necessary.

Thank you for reaching out, but we cannot comment on a lawsuit that we’ve neither seen nor been served.

“The plaintiffs repeatedly offered each defendant publicly the opportunity to retract, correct, or delete their offending and defamatory statements, but each refused, continuing to share their defamatory comments with the public to this very day,” the lawsuit said. “No individual plaintiff seeks damages from any defendant in excess of the cost of a four-year tuition at the University of Kentucky. Plaintiffs file this Complaint for neither fame nor fortune; they bring this suit to protect future families from experiencing the nightmare the defendants caused these kids to experience.”

Barnes told Law&Crime that “prominent politicians, press and public personalities used their big social media platforms to form a digital lynch mob against a bunch of kids they never knew from an event they didn’t witness.”

He said that although “most retracted, deleted, and corrected their statements, a few refused long after afforded a chance to do so.”

Here was an example of apology made and accepted:

“That is why we filed suit in Covington for these kids: so this won’t happen to anyone else without legal consequence. I founded Free America Law Center, a free speech supporting legal organization for all to democratize & equalize access to the legal system for victims of Big Media, Big Tech, and rogue government actors, for cases just like this,” Barnes added. “The first suit backed by Free America Law Center is the suit for the Covington Boys.”

“Legal remedy should not be limited to the left. We need free speech for a free America that does not privilege the powerful. That is what this suit, and the Free America Law Center, is all about,” Barnes continued.

Law&Crime asked Barnes how this lawsuit was different from, say, the $250 million lawsuit against the Washington Post that was dismissed last week.

Barnes said he believes the differences in this suit (suing individuals rather than institutions) means there is a greater chance of success.

“Kentucky law makes it more difficult to sue institutions than individuals in the context of libel law. Additionally, the major media institutions almost all issued corrections per my request, as defined under Kentucky law,” Barnes said. “Finally, we are only suing the most egregious high-profile individuals who inflicted the most harm & refuse to issue corrections.”

The plaintiffs alleged the defendants defamed them per se. What that means:

Does 1-8 were subjected to public hatred, contempt, scorn, obloquy, and shame. The conduct of the plaintiffs, based on the false facts the defendants placed and circulated into the court of public opinion, led to these lifetimes labels on these minors: “Display of hate, disrespect and intolerance”; “heartbreaking”; “decency decayed”; “racist”; “cried for America”; “infamous”; “gall”; “shameful”; “darker chapters”; compared to genocide; “laughing and egging on” hurtful” behavior; “awful”; “cavemen gestures”; “taunting”; harassing”; “stalking”; “mocking”; “bullies” who should be doxed, “named and shamed,” expelled from school, denied admission to college, to be punched in the face, their bodies shredded, and their lives ruined.

Below are images of tweets that were included as exhibits in the lawsuit: 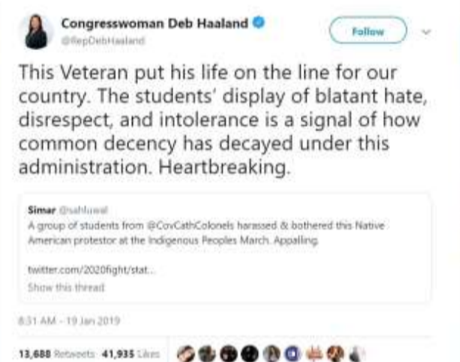 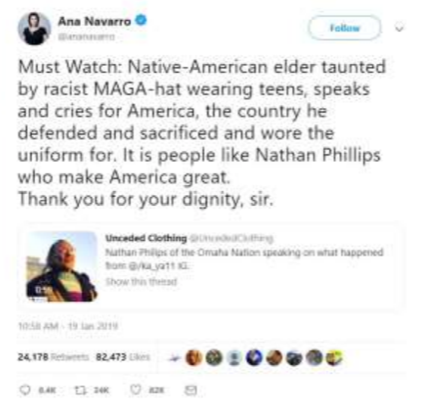 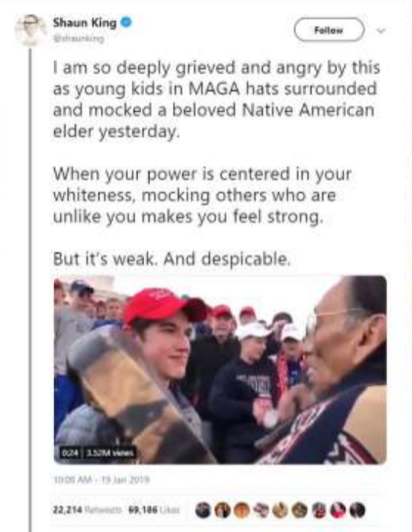 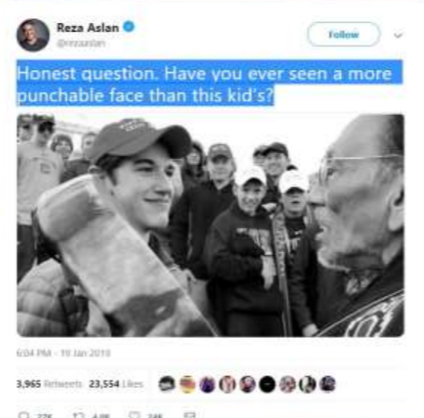 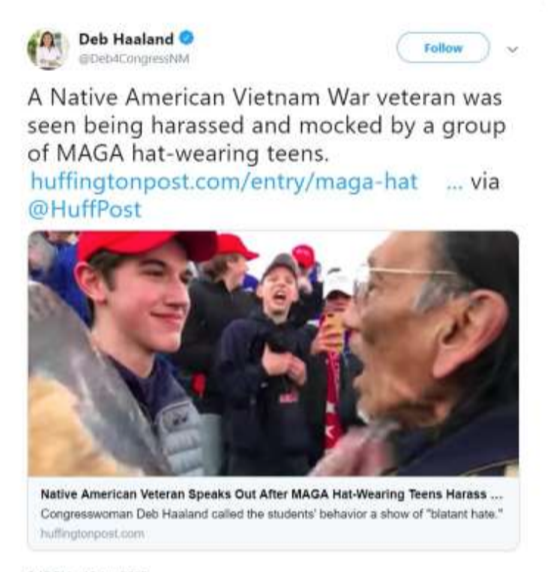 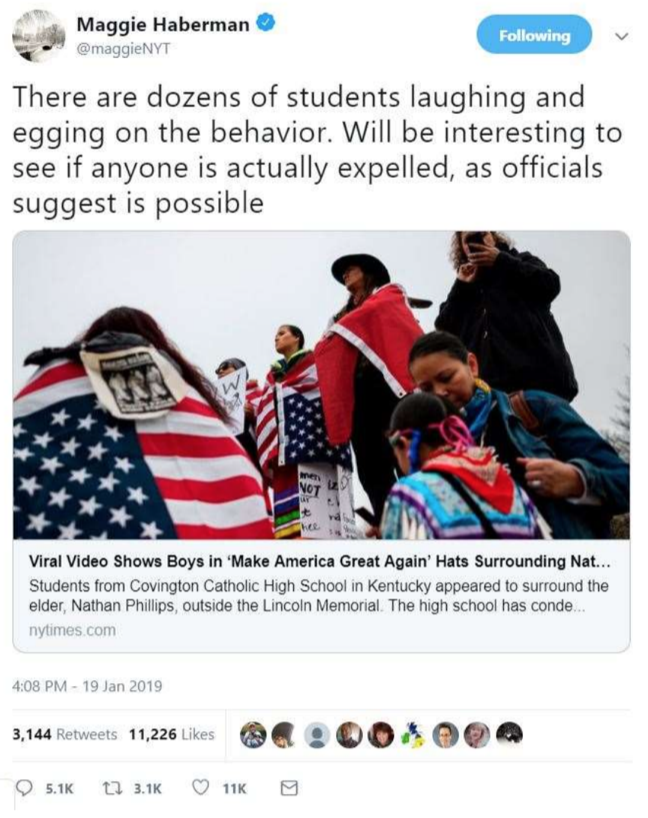 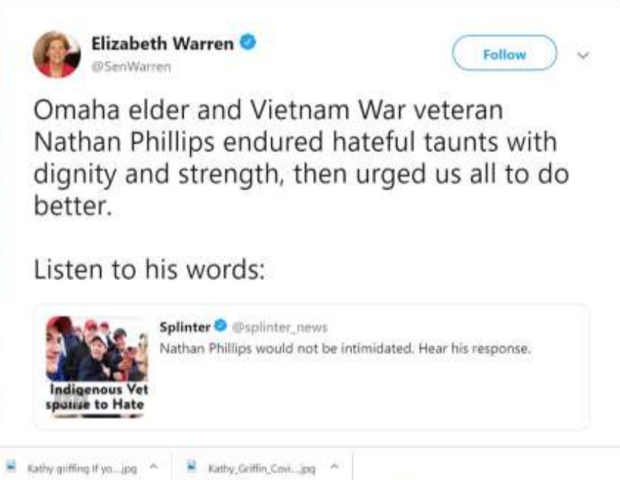 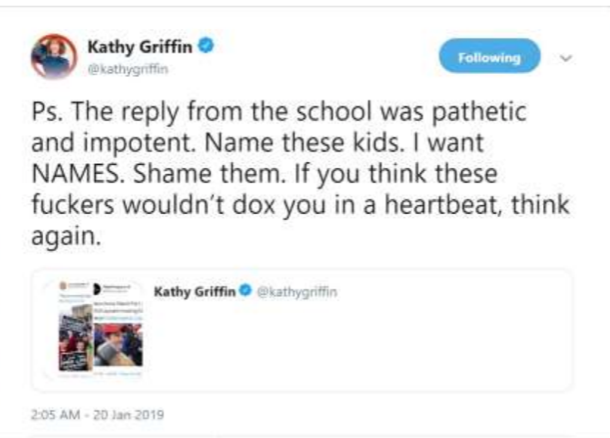 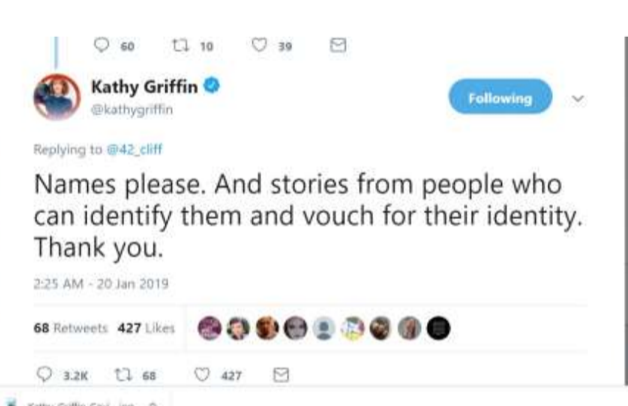 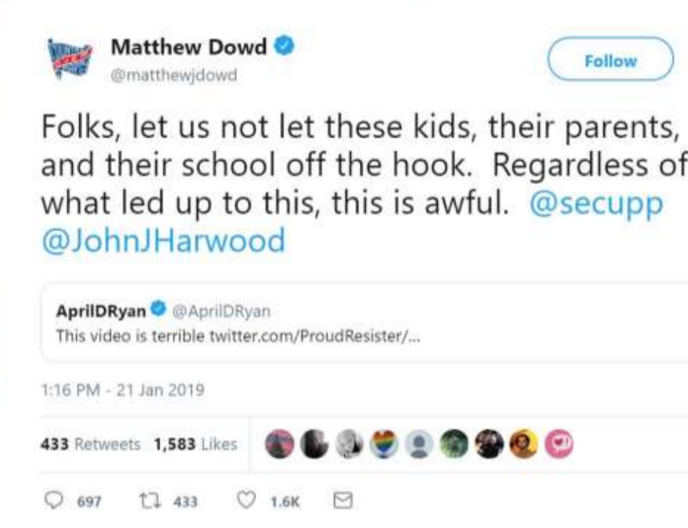 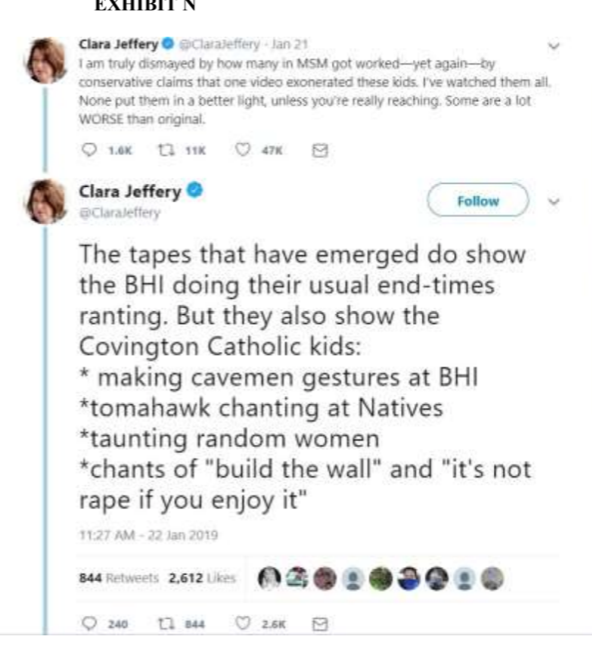 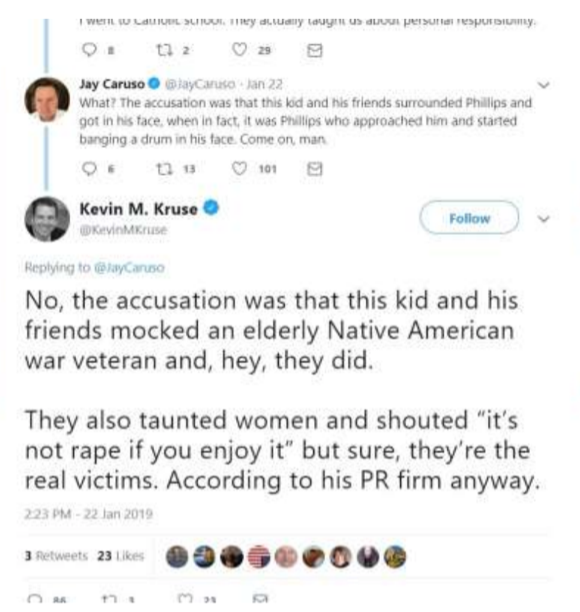