Michael Clark Sues Police for Tasing Him in Apartment

Colorado Man, 75, Sues Police for Tasing Him in His Apartment, Claims ‘He Will Never Be Whole Again’ 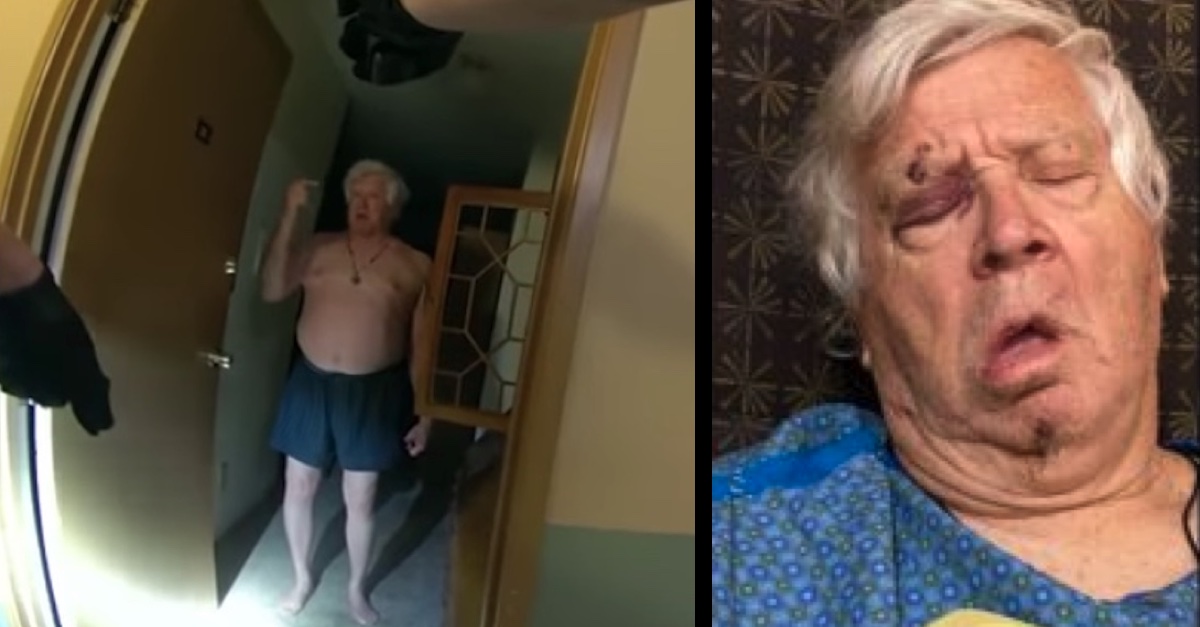 A 75-year-old man who was tased by a Colorado police officer while standing inside his own apartment has sued the responding officers, their supervising corporal, and the city, claiming the officers used excessive force and violated his constitutional rights during the late-night altercation on May 30.

Michael Clark is suing former Idaho Springs police officer Nicholas Hanning and Officer Ellie Summers, along with their supervising officer Corporal Richard Sonnenberg, and the city of Idaho Springs for excessive force and other civil rights violations under both federal and Colorado state law.

Clark is described in the lawsuit as a widower—his wife died eight years ago—finally enjoying a “rich, happy life,” living in Idaho Springs, volunteering, and tending to his pets.

“On May 30, 2021, that life was recklessly and deliberately obliterated by the Idaho Springs Police Department,” the complaint alleges. “He has yet to go home to his own bed and his 2 beloved cats, Marbles and Gracie. The Defendants stripped him of his independence, his security, and his health. He feels deeply sad, betrayed by those who were supposed to protect him.” 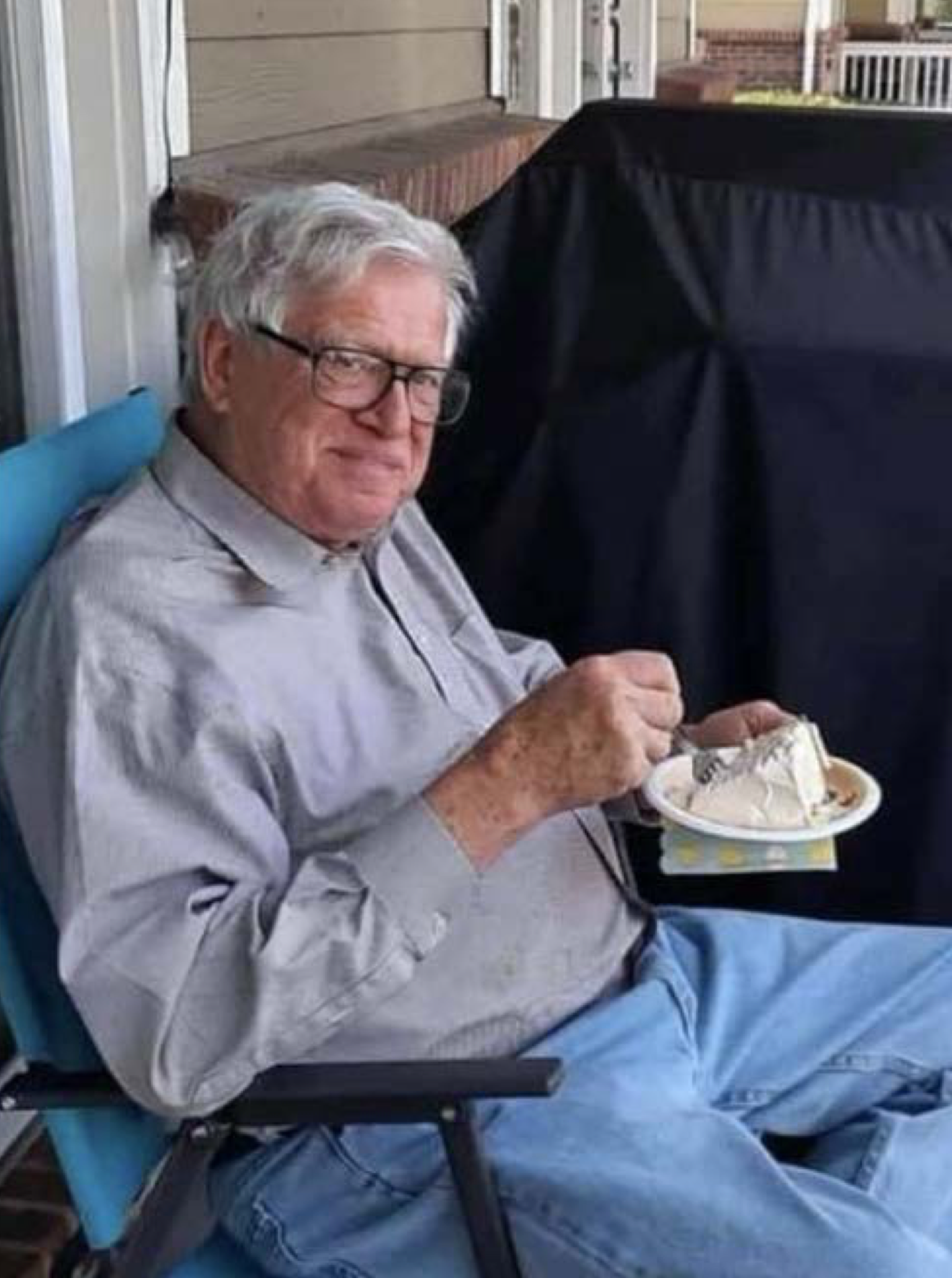 Michael Clark pictured on April 4, 2021, the month prior to the incident, according to the lawsuit.

“Even if he survives the heart surgery he still now requires, he will never be whole again,” the lawsuit claims.

According to a press release from Clark’s attorney Sarah Schielke on Monday, the lawsuit also targets the Idaho Springs police department’s “failures to train and supervise these officers, as well as Idaho Springs’ unconstitutional practices and policies that made the officers’ assault on him not just possible, but likely.”

Clark is alleging multiple constitutional violations stemming from the events of May 30, including unreasonable seizure and excessive force. He is also accusing the police department of failing to properly train the officers. In addition to undetermined compensation, Clark is also seeking a formal written apology from each defendant, and changes to policy and mandatory training designed to prevent future similar misconduct.

Video shared by Clark’s attorney last week shows the officers’ interactions with Clark’s neighbor, Brittany Odom, who claimed Clark had punched her in the face after complaining about noise coming from her apartment. The video then showed Hanning and Summers knocking on Clark’s door, without identifying themselves as police.

Clark answered the door in his boxer shorts, initially holding a weapon described in the lawsuit as a “collectible sawfish snout sword, made from the bill of a sawfish.” Video showed that he put the sword down as officers ordered, but he didn’t immediately follow the officers’ ensuing instructions.

The lawsuit claims that those instructions were contradictory.

“Officers Hanning and Summers began yelling simultaneous contradictory commands at Mr. Clark. Hanning screamed ‘GET OUT HERE!!!’ and Summers screamed ‘GET DOWN ON THE GROUND!!’ while continuing to point her firearm at him,” the suit says.

After a few moments, with no more than verbal resistance from Clark, Hanning deployed his Taser, hitting Clark in his midsection and pelvic area.

Video also showed Hanning kneeling on Clark’s neck and shoulder area to handcuff him. After that, Hanning removed the shark snout sword from where Clark had placed it in his apartment out into the hallway.

In the days and weeks following the incident, the lawsuit said, Clark suffered a stroke and a burst appendix, and required surgery to his carotid artery. He is currently under 24-hour care, which, according to the lawsuit, was difficult to obtain since Summers allegedly “had told everybody at the hospital on arrival that Mr. Clark had come after two police officers with a machete, which naturally made it into Mr. Clark’s medical records.”

“With this allegation in his medical records, no skilled nursing facility would accept Mr. Clark. He had to be released to his daughter instead,” the lawsuit alleges.

Hanning has since been fired from the police department, and is currently facing a felony assault charge for his treatment of Clark.

Schielke alleges that the mistreatment of Clark goes beyond what happened at his apartment that night. She argues that police did not take proper steps to protect Clark from his neighbor, Brittany Odom. It’s alleged that Odom was seen on camera making multiple threats against Clark, including threatening to kill him.

“These officers committed assault, burglary and kidnapping on Mr. Clark. It’s all on video. And yet only Hanning is charged with one low-level felony,” Schielke said in a press release on Monday. “Brittany Odom is charged with no crimes.”

“Ms. Odom is seen on these bodycam videos making multiple threats on Mr. Clark’s life to police, and neither Chief Buseck nor elected district attorney Heidi McCollum, who have had the videos for the past 10 weeks, ever attempted to warn Mr. Clark that his life was in danger,” Schielke also said. “They did not inform him of the threats. They did not obtain a protection order on his behalf. They did not even alert the apartment’s property manager.”

“Instead, they kept the videos from Mr. Clark and his family,” Schielke continues. “They took no steps to protect him from Ms. Odom, who, in addition the repeated declarations we see her make on video stating she would kill Mr. Clark, also has a violent criminal history that includes an aggravated assault charge for stabbing a man in the neck. How could so many individuals at so many levels of government fail so repeatedly and deliberately to execute their duties to keep this innocent, elderly man safe? It is a culture of recklessness, indifference and self-protectionism. And sadly, as the events of this case illustrate – it goes all the way to the top. With this lawsuit and everything else he has left, Mr. Clark intends to put an end to it.”

Schielke filed the lawsuit Monday in U.S. District Court for the District of Colorado.