Woman Allegedly Drank Rum While Driving, Killed a Firefighter Who Was Responding to Another Crash 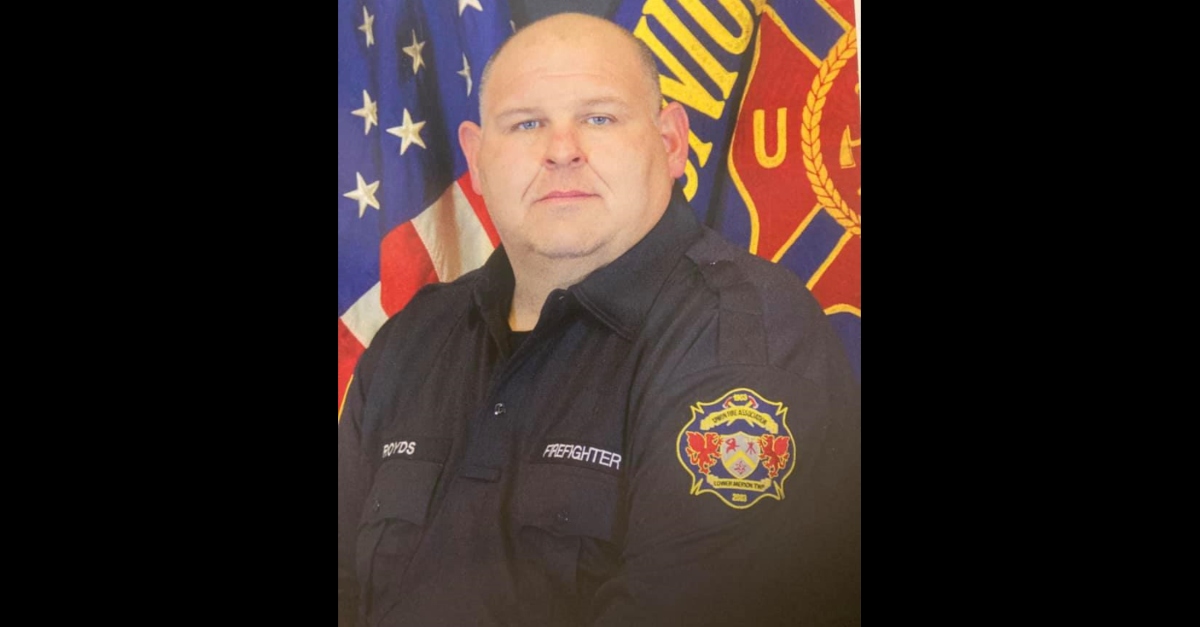 A fire department is in mourning after one of their own was killed. Suspect Jacquelyn Walker, 63, drove her car into firefighter Thomas Royds while he, two of his colleagues, and a Pennsylvania trooper were on Interstate 76 working on an unrelated crash, according to authorities.

The first responders were working early Saturday morning on the first crash, said the Lower Merion Township Fire Department. According to the press release, Royds and two other firefighters from the department’s Belmont Hills Fire Company were with a Pennsylvania State Police Trooper when an uninvolved vehicle (Walker’s) struck them. The trooper and two of the firefighters were taken to Penn Presbyterian Medical Center in West Philadelphia, but Royds went into cardiac arrest at the scene, authorities said. He was taken to Paoli Hospital where he died later that day.

“Oh my God,” Walker repeatedly said after stepping from her vehicle, according to a probable cause affidavit obtained by the local ABC station WPVI. She allegedly leaned on her Jeep Grand Cherokee with her hands on her face and was “clearly shaken,” authorities said.

She allegedly had glassy, bloodshot eyes, and had the smell of alcohol on her breath. Walker slurred as she spoke, authorities said. Officials reportedly claim she poured alcohol from a cup onto the road, and there was an opened bottle of rum in her Jeep. 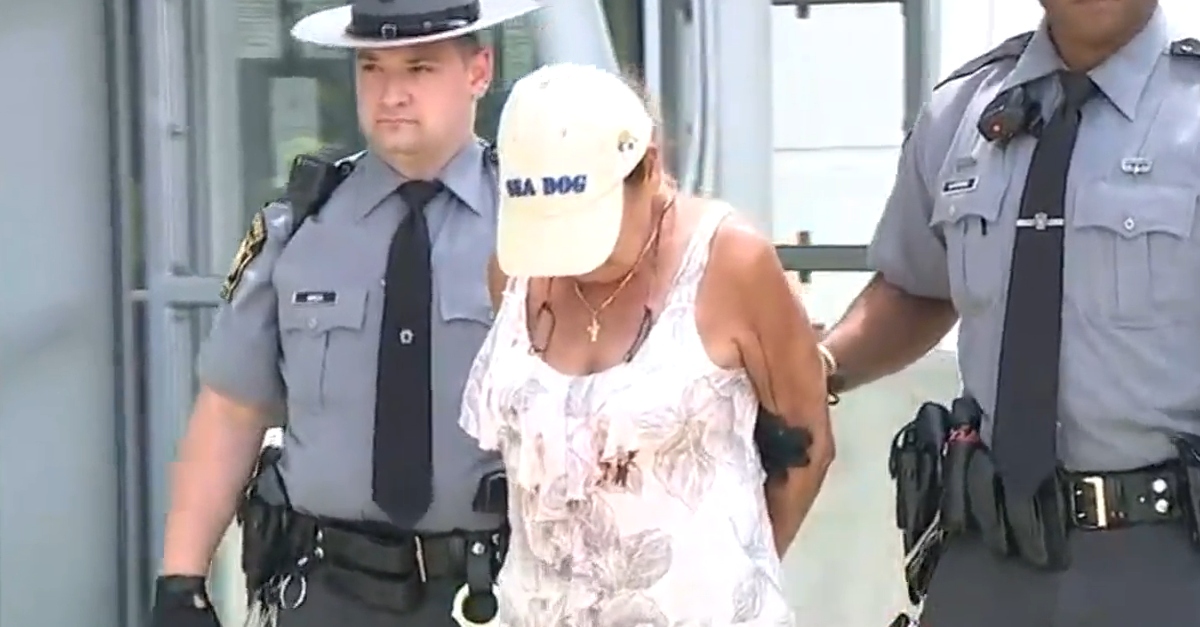 Jacquelyn Walker led away in handcuffs.

“Today during the processions that we had, there were several locations, and quite a number of locations, where they had the ladder arches up with the American flag hanging,” Police Chief James Hornung, according to WPVI. “Not that Tom loved funerals, but Tom loved to know that at a funeral, the flag was hanging the way it should be and that it was done well. He took a lot of pride in that. I sent an email to my firefighters tonight that it was really time for us to pick up that torch and carry that legacy and service on.”

This is the second recent, tragic loss for the fire department. Firefighter Sean DeMuynck recently died from injuries sustained in a blaze on July 4.

Walker faces charges including involuntary manslaughter. She is represented by the Montgomery County Public Defender’s Office. Emily Sieber, Chief of the Pre-Trial Unit, declined to comment when Law&Crime reached out by phone.