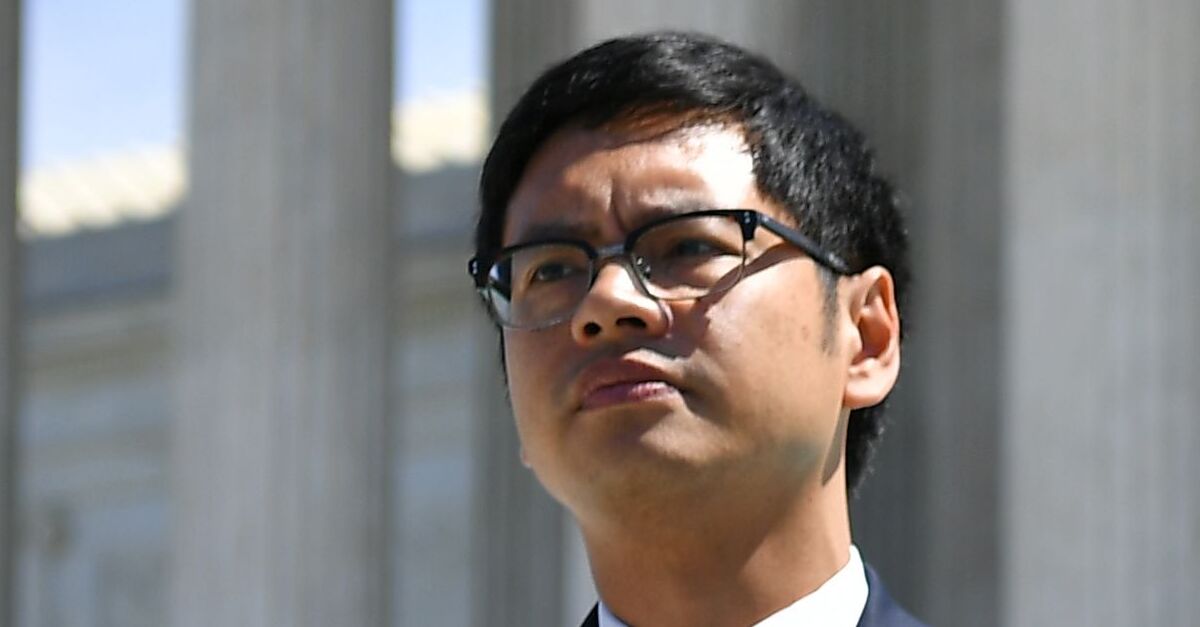 The 43-year-old attorney has worked as the director of the ACLU’s Voting Rights Project since 2013. Ho has been selected to sit as a district judge on the U.S. District Court for the Southern District of New York–which has long been considered among the nation’s most influential court systems after the U.S. Supreme Court.

A White House press release praised the advocate and others in the 46th president’s eighth tranche of federal judicial nominees as “extraordinarily qualified, experienced, and devoted to the rule of law and our Constitution” while noting that Ho, in particular, would be “the only active [Asian American] male judge” sitting on the SDNY.

Ho has personally argued two cases before the Supreme Court–both of which were high-profile legal battles against the former administration of Donald Trump and his conservative political allies.

In Trump v. New York, Ho and the ACLU challenged the Trump administration’s efforts to exclude undocumented immigrants from the U.S. Census-based congressional apportionment process. Ultimately, the nation’s high court handed Trump a procedural win–ruling that the issue was not ripe enough for judicial review. That policy, however, was abandoned as soon as Biden took office.

In Department of Commerce v. New York, Ho and the ACLU notched a significant victory on a closely-related matter: preventing the Trump administration from including the controversial citizenship question on the 2020 Census. That ruling’s holding was unanimous–despite a series of partial concurrences and dissents–and in his majority opinion, Chief Justice John Roberts noted there was a “significant mismatch between the decision the [Commerce] Secretary made and the rationale he provided” to support the failed citizenship question’s inclusion.

Ho was also lead counsel in the successful challenge to a Kansas law that would have required a person to provide their birth certificate or passport in order to vote. That case, Fish v. Kobach, has been described as “[t]he most significant voting rights case this century.”

A Yale Law School graduate, Ho’s legal career began as a law clerk in the Southern District of New York for then-U.S. District Judge Barbara S. Jones in 2005. That stint was followed up by clerking for Judge Robert. S. Smith on the New York Court of Appeals–the Empire State’s highest court–for a year. After that, he worked in a dual role as a private litigation associate and NAACP Legal Defense and Educational Fund Fellow at the elite, white-shoe law firm of Fried, Frank, Harris, Shriver & Jacobson, LLP in New York City. Ho’s public interest work would follow him into his next two jobs: he worked directly for the NAACP LDEF for several years before joining the storied civil liberties organization in 2013.

Progressives in and out of government hailed the nomination.

“Dale Ho is democracy’s lawyer — and now he’s nominated to be a federal judge,” the leading progressive judicial reform organization tweeted immediately after the announcement on Thursday morning, calling the civil liberties attorney a “phenomenal nominee.”

The group elaborated in a statement later provided to Law&Crime:

ACLU Voting Rights Project Director Dale Ho’s nomination perfectly encapsulates President Biden and Leader Schumer’s shared commitment to prioritizing public interest lawyers for the federal bench. Ho has argued many of the most important democracy protection cases of the last decade, and his deep experience in protecting voting rights for everyone is exactly what is needed right now.

“Dale Ho is exactly the kind of judge we need to ensure our courts work for the people, not the powerful,” added Rep. Mondaire Jones (D-N.Y.), a progressive member of Congress representing the suburban counties north of New York City. “Grateful to @POTUS and @SenSchumer for nominating him and for their commitment to ensuring our judiciary finally reflects the diversity of our nation.”

Since 2014, Ho has taught a racial justice clinic at New York University School of Law. He is also a frequent commentator on legal issues.

Biden is nominating judges fairly quickly—at least, by most historical standards: As of Thursday, he has nominated 53 federal judges. At a similar point in his presidency, then-president Trump had nominated 57 federal judges to the bench, including Supreme Court Justice Neil Gorsuch. Biden, however, is having his judicial nominations approved by the U.S. Senate faster than any president since Richard Nixon.

Editor’s note: this article has been amended post-publication to include an additional statement and for clarity.