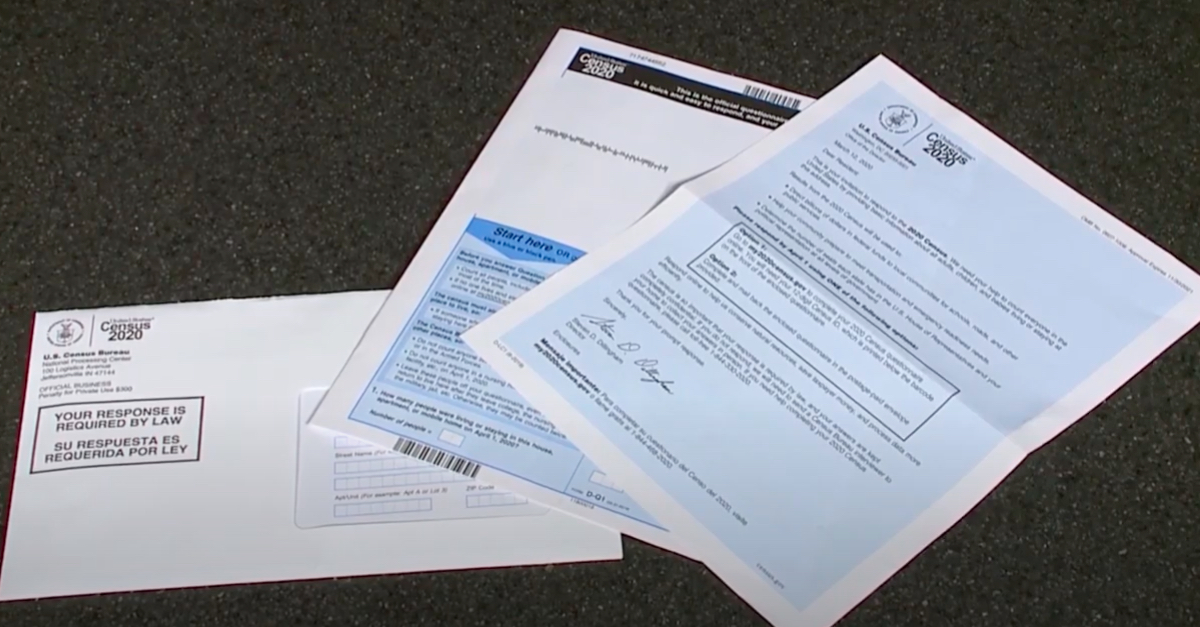 A three-judge district court in Washington, D.C. recently dismissed one of many challenges to President Donald Trump’s controversial executive order that aims to exclude undocumented immigrants from the U.S. Census-based congressional apportionment process. And the decision may serve as a lodestar for the U.S. Supreme Court as they decide a similar case in the coming days and weeks.

D.C. Circuit Judge Gregory Katsas and U.S. District Judge Dabney Friedrich, both of whom were appointed by the 45th president, ruled against the good government group by finding their challenge was “not ripe for review” due to still-in-progress Census activities.

“Judicial intervention at this time would inappropriately interfere with ongoing action within the executive branch,” the two-judge majority on the panel found. “A claim is unripe ‘where the possibility that further [administrative] consideration will actually occur before implementation is not theoretical, but real.’ In allowing ongoing administrative proceedings to be completed, we respect the executive branch’s interest in ‘crystallizing its policy before that policy is subjected to judicial review.'”

The opinion goes on to apply precedent to the facts of the case:

Here, administrative action remains ongoing. As the Supreme Court held in [a 1992 case concerning a similarly controversial apportionment decision], the process underlying enumeration and apportionment is not final until the president transmits his statement to Congress. The presidential memorandum is several steps removed from that action. It neither demands any particular apportionment base nor excludes any specific categories of [undocumented immigrants] from the enumeration. Instead, it simply directs the secretary to determine which [undocumented immigrants] may feasibly and lawfully be excluded based on available information. To make that determination, the secretary will need to assess the scope and reliability of such information.

“Even then, [the secretary’s] assessment will be only a ‘tentative recommendation’ to the president, who will make the final decision regarding the apportionment base,” the court’s analysis continues. “By seeking judicial intervention at this stage, the plaintiffs ask us to disturb the ongoing and reticulated process for enumeration and apportionment.”

As the opinion notes, the current Census process is controlled by a series of dates established via federal statutes. The secretary of commerce must deliver his final report to the president by December 31, 2020. Then, the president must “transmit to the Congress a statement” which outlines both the population base “and the number of Representatives to which each State would be entitled.”

The D.C. District Court’s decision, while not surprising due to the panel of judges involved, is the first lower court to rule in favor of the administration’s anti-immigrant effort viz. the Census. So far, three other lower courts have rejected the policy directive. But the Wednesday opinion by a Trump-appointed majority may contain the reasoning that holds the day before the U.S. Supreme Court in late November.

The nation’s high court is currently slated to hear oral arguments on a similar case that emanated in New York State on Nov. 30. Judges from the Southern District of New York and the Second Circuit Court of Appeals were jointly skeptical of the administration and ruled against Trump’s anti-immigrant policy over the summer because federal law mandates that the president delivers “a statement showing the whole number of persons in each State.”

But when the conservative majority on the Supreme Court reviews the case, the ripeness issue is so far seen as a pathway for that majority to give the Trump administration a win on the issue.

“[T]hey could have summarily affirmed the decision” made by the lower court if they intended to rule against the White House, Litman continued, but instead they agreed to hear the case.