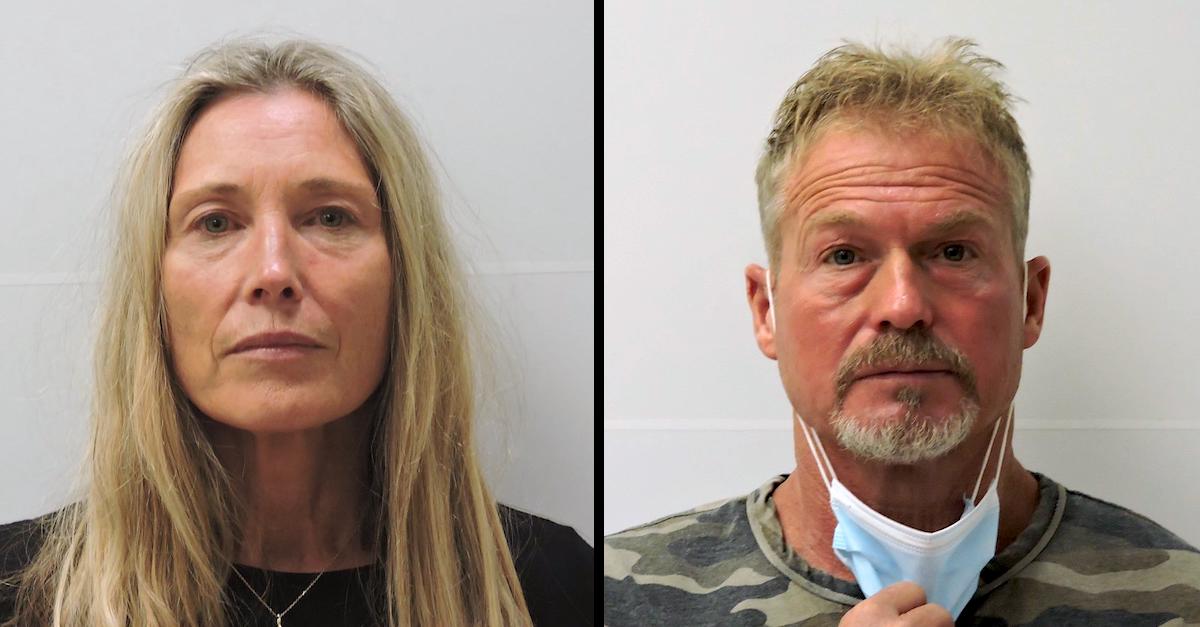 A woman suspected of having a relationship with Barry Morphew, the Colorado man accused of murdering his wife Suzanne Morphew, has been arrested for allegedly trespassing on property near Maysville, Colo., which formerly belonged to the alleged murderer.

According to the Chaffee County Sheriff’s Office, Shoshona Louise Darke, 51, of Salida was charged with second-degree criminal trespass after the property owners of “the former Morphew residence” on Puma Path in Salida, Colo., “observed a female enter their property, which is marked no trespassing” on Sept. 27.

The female — subsequently identified as Darke — is accused of “approach[ing] the[] home via a long driveway leading to the front door and remov[ing] a package,” the sheriff’s department said. “Investigators reviewed several different home security recordings and verified the information provided by the homeowner.”

Investigators obtained an arrest warrant for Darke and took her into custody “without incident in the Maysville area” on Sept. 28. Darke was booked into the Chaffee County Detention Center.

Criminal trespass is a Class 3 misdemeanor. Under Colorado law, such crimes are generally punishable by six months in a county jail and a fine of up to $750.

According to the arrest warrant, a security system automatically alerts the current property owner when anyone approaches the former Morphew home. The property’s current owner texted a sheriff’s office investigator that the system issued an alert.

“FYI this person came on the property today — not sure if they were with you or not,” the current owner said in the text. “Can’t see a face.” 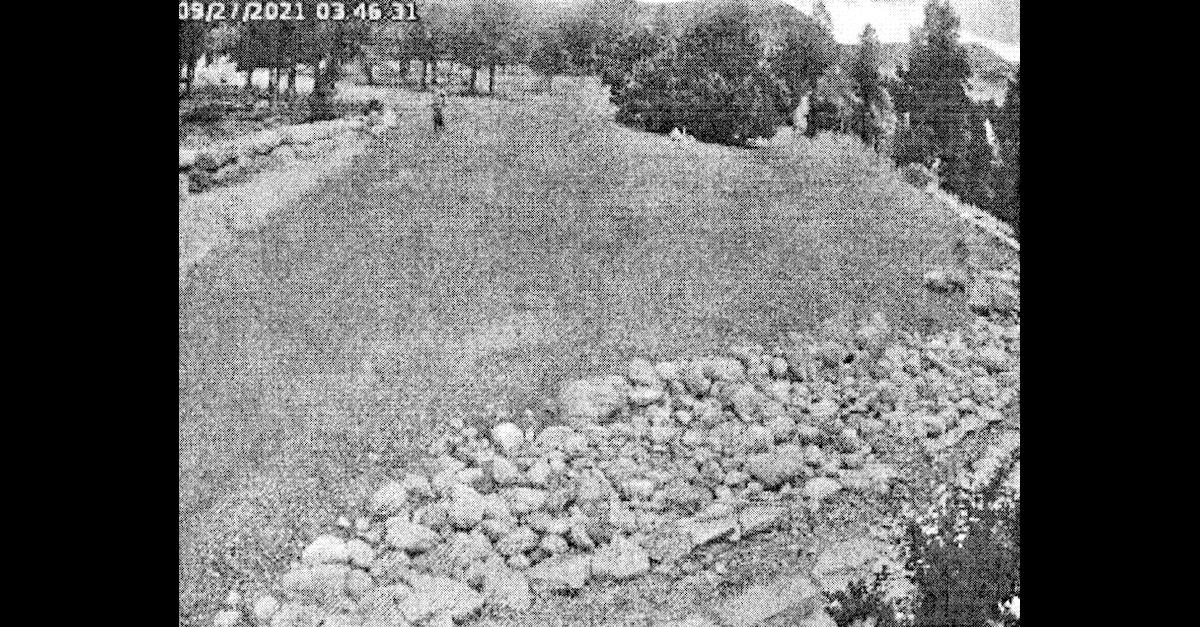 The investigator reminded the judge via the arrest warrant affidavit that he was “very familiar” with the property “and can clearly identify it” in the photo provided.

The first image did not clearly show the individual whose presence triggered the automatic alert, but the next image did. 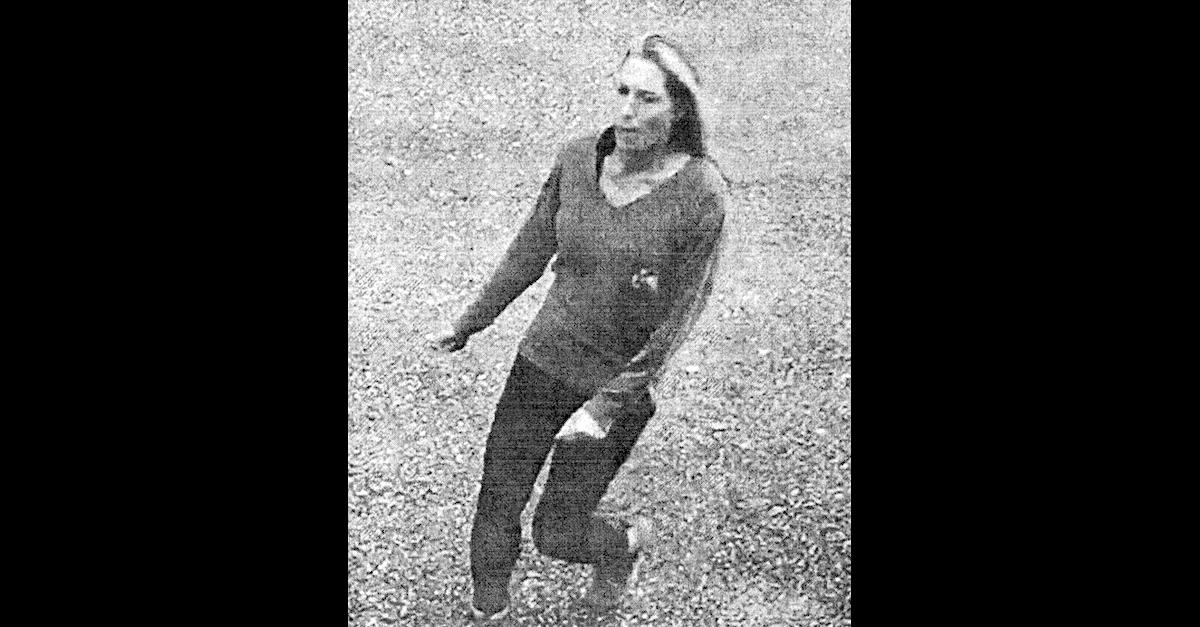 “This is the person,” the current property owner told the sheriff’s department in a subsequent text.

The investigator said he recognized the face from “prior law enforcement contacts” as Shoshona Darke.

The affidavit says Barry Morphew is out on bond and living at a property “in close proximity” to the Puma Path home he used to own. Darke worked for a real estate group cleaning homes owned by the same people who own the property where Morphew is staying as he awaits trial.

Colorado Springs FOX affiliate KXRM-TV noted that a tip to law enforcement alleged in Dec. 2020 that Darke was engaged in an “intimate” relationship with Morphew — but Darke denied those claims.

However, an FBI camera installed near Darke’s home caught Morphew “consistently coming and going and sometimes staying through the night,” KXRM reported. And “Darke later said she met Morphew in October 2020 at the dumpster near the Maysville home,” the television station said. Additionally, surveillance footage from a Colorado Springs hotel placed Darke and Morphew together two days before Valentine’s Day this year — with Darke carrying a large bouquet of flowers.

Morphew’s alleged connection to Darke may appear to stand in stark contrast to his vehement disdain for his missing-and-presumed-dead wife Suzanne’s alleged extramarital affair. But the dates which connect Barry Morphew to Darke all appear — at least according to the KXRM account of the situation — to have been months after Suzanne’s May 10, 2020 disappearance.

Suzanne Morphew was reported missing on May 10, 2020. She is presumed dead, but her whereabouts are officially unknown. (Image via the Chaffee County, Colo. Sheriff’s Office.)

The current owner of the former Morphew property told investigators that she did not know Darke and that Darke did not have permission to be on her property. The owner wished to press charges against Darke, the affidavit continues. 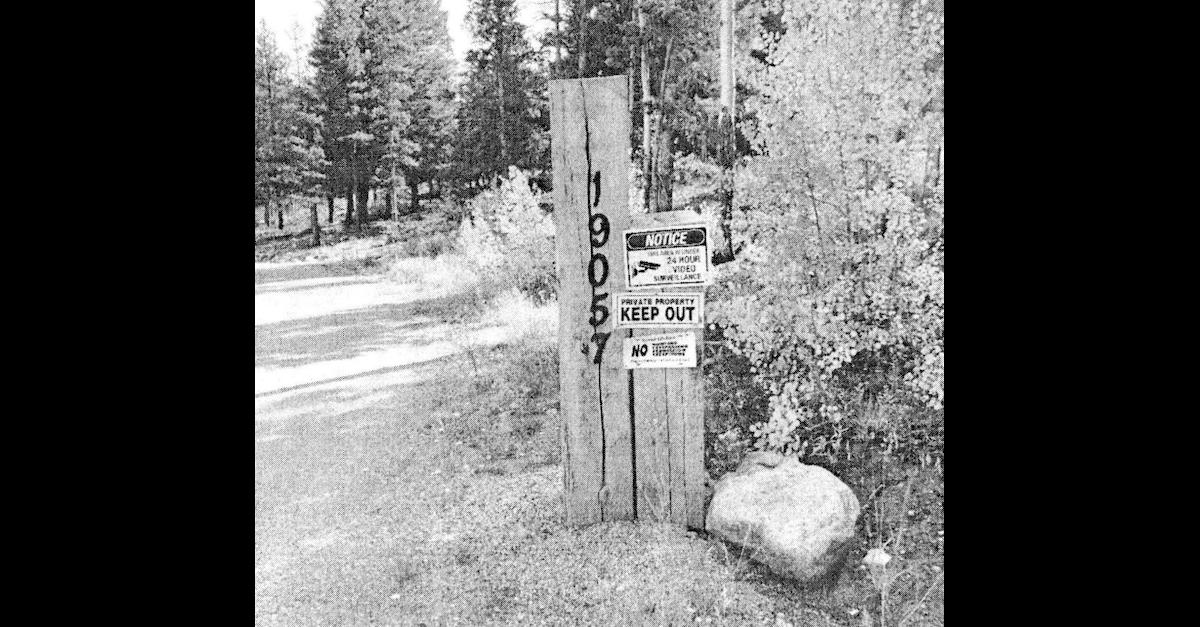 A photograph embedded within a Chaffee County, Colo. arrest affidavit shows “no trespassing” and electronic surveillance warning signs along the driveway to the home formerly owned by Barry Morphew.

Investigators subsequently obtained a surveillance recording that allegedly “clearly” shows Darke “walk down the driveway (east) toward the . . . residence.”

It’s unclear what was in the package or if authorities recovered it. 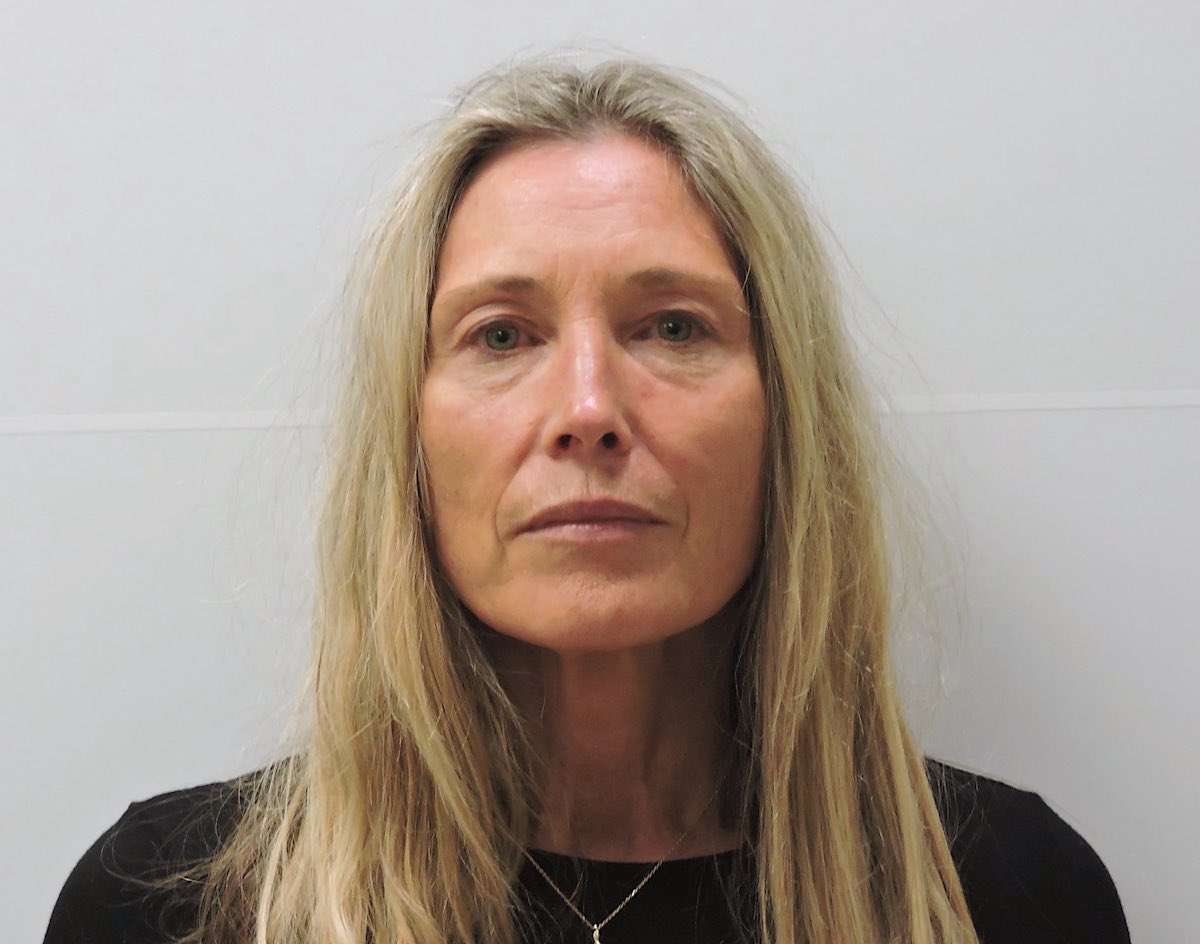 According to an amended complaint filed May 18, 2021, Barry Morphew is charged with first-degree murder, tampering with a deceased human body, tampering with physical evidence, possession of a dangerous weapon, and attempting to influence a public servant. His case is ongoing.

Read the full arrest warrant and affidavit below: