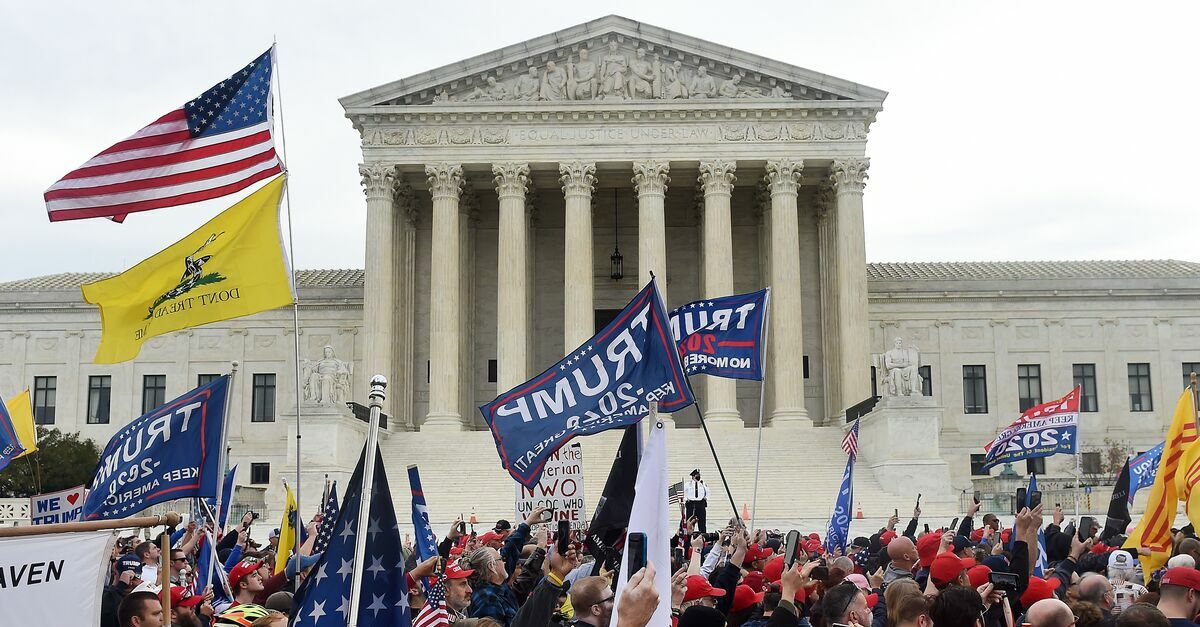 The Supreme Court dismissed a challenge Friday to the Trump administration’s attempt to exclude certain immigrant groups from the 2020 Census count for purposes of apportionment and federal funding. In an unsigned per curiam opinion, the Court said that Trump v. New York was “riddled with contingencies and speculation that impede judicial review.” While the Court tossed the case and lower court judgment on procedural grounds, leaving the question open as to whether President Donald Trump’s instructions to the Secretary of Commerce were strictly legal.

The high court ruled that it could not decide the case on its merits due to lack of jurisdiction. Specifically, the justices found that the plaintiff state lacked standing to bring the suit, and said that the case is not yet ripe for adjudication. The per curiam opinion, though, specified on the majority’s behalf, “we express no view on the merits of the constitutional and related statutory claims presented.” SCOTUS remanded the case with instructions to dismiss for lack of jurisdiction.

The case had been fast-tracked for attention by the Supreme Court. Under federal law, the Secretary of Commerce is required to submit a “presidential memorandum” by December 31, which will announce the results of the Census. Following that, the president must submit a report to Congress, and next, the House of Representatives will inform individual states how many Congressional seats they will have.

President Trump’s directions to the Secretary of Commerce meant a wholesale exclusion of individuals present in the country illegally from the apportionment calculation. A group of state and local governments, led by New York, challenged the legality of that directive. The litigation—set against the background not only of Trump’s hardline immigration policies, but also against his efforts to contest his own defeat in the 2020 election—could have profound effects on American democracy in states with large immigrant populations.

The per curiam opinion acknowledged Trump’s desired effect on the census, writing, “The President, to be sure, has made clear his desire to exclude aliens without lawful status from the apportionment base.” But the court said Trump “qualified his directive by providing that the Secretary should gather information ‘to the extent practicable’ and that aliens should be excluded ‘to the extent feasible,'” finding that Trump’s directive has not yet caused an actual harm.

The majority took the position that essentially it’s anyone’s guess how Trump would utilize a census report that separately counted immigrants present illegally.

“Any prediction how the Executive Branch might eventually implement this general statement of policy is ‘no more than conjecture’ at this time,” said the majority.  Furthermore, the president’s policy “may not prove feasible to implement in any manner whatsoever, let alone in a manner substantially likely to harm any of the plaintiffs here.” Because it’s premature to say with certainty how the “legal and practical constraints” of the Census count will affect apportionment, explained the Court, “any prediction about future injury [is] just that—a prediction.”

The heart of the Court’s opinion, though, was nestled midway through the seven-page decision.

“Everyone agrees by now,” wrote the court, “that the Government cannot feasibly implement the memorandum by excluding the estimated 10.5 million aliens without lawful status.” Despite that universal agreement, wrote the Court, “the only evidence speaking to the predicted change in apportionment unrealistically assumes that the President will exclude the entire undocumented population.”

That very question—whether Trump would exclude all or just some immigrants present illegally—is one that was raised during oral arguments. Several justices, as well as counsel for New York pointed out during arguments the meaningful differences between illegal border-crossers and DACA recipients, and between asylum-seekers and ICE detainees.

The court made a parallel statement as to its take on Trump’s use of Census data for distribution of federal funding. Calling the Census report’s impact on funding “no more certain” than its impact on apportionment, the Court said that the report “will not inexorably have the direct effect on downstream access to funds or other resources.” Rather, what the lame-duck president will do with the data received “is yet another fundamental uncertainty,” the renders the case improper for judicial consideration.

The predictable trio of dissenters—Justices Stephen Breyer, Sonia Sotomayor, and Elena Kagan—had a diametrically opposed view on the harm in excluding millions of undocumented immigrants in the Census report. Calling the harm “unusually straightforward,” Justice Breyer outlined errors in the majority’s reasoning in a dissent nearly three times the length of the Court’s ruling.

Justice Breyer’s dissent also made it clear that at least three members of the Court were keenly aware that the harm deemed purely hypothetical by the majority is precisely what President Trump intends.

“To repeat,” wrote Breyer, “the President’s stated goal is to reduce the number of Representatives apportioned to the States that are home to a disproportionate number of aliens without lawful status.” The Supreme Court should not dismiss the challenge to that action, he continued, just because Trump may not reach all his goals: “Where, as here, the Government acknowledges it is working to achieve an allegedly illegal goal, this Court should not decline to resolve the case simply because the Government speculates that it might not fully succeed.”

“The government can do many things to induce undocumented immigrants to leave but it cannot declare them to be gone when in fact they are here and likely to remain,” she argued. “Their undocumented status cannot erase their presence.”

Attorney Dale Ho, who argued the case on behalf of various civil rights groups for the American Civil Liberties Union, vowed to continue the legal challenge to the Trump administration’s effort to exclude immigrants from the Census count.

If the Administration actually tries to implement this policy, we'll sue. Again. And we'll win. https://t.co/vny890YGYT

Law&Crime spoke with Ho this morning after the Court’s ruling, who explained that the ruling in favor of the Trump administration does not necessarily mean that the immigrant groups in question will not be counted in the census.

Because there is some doubt as to whether the Trump administration could effectively produce an apportionment report, excluding immigrants from the census may become one more item neutralized by Joe Biden’s incoming administration.

“It’s possible that this issue dies a quiet death if administration doesn’t produce an apportionment report at all and it gets punted into the next administration, which I assume will not follow the same policy,” Ho said.

The New York Attorney General Letitia James (D), whose office also challenged the Trump memo, said in a statement that the president’s “efforts to pick and choose who to include in the apportionment base of the census is as illegal today as it was when he made this announcement.”

“All today’s decision does is kick the can down the road until this lame-duck president knows whether he will receive the data he needs to violate the Constitution and the Census Act with the few weeks he has left in office. The law is clear — every person residing in the U.S. during the census, regardless of legal status, must be counted — and any further efforts by the president or his administration to violate the law will be met with fierce opposition, and we are confident we will win,” James said. “We will continue to do whatever is necessary to stop the president from putting politics above the law.”

“President Trump’s efforts to pick and choose who to include in the apportionment base of the census is as illegal today as it was when he made this announcement. All today’s decision does is kick the can down the road until this lame-duck president knows whether he will receive the data he needs to violate the Constitution and the Census Act with the few weeks he has left in office. The law is clear — every person residing in the U.S. during the census, regardless of legal status, must be counted — and any further efforts by the president or his administration to violate the law will be met with fierce opposition, and we are confident we will win. We will continue to do whatever is necessary to stop the president from putting politics above the law.”

Mollie Timmons, spokesperson for the Department of Justice, provided the following statement to Law&Crime:

“We are pleased that today’s ruling clears the way for the Commerce Department to continue its work on the census and send its full tabulation to the President.”

Editor’s Note: This piece has been updated from its original version to include statements from the DOJ and New York State.