A Louisiana Toddler Was Found Stuffed in a Suitcase in a ‘Makeshift Grave Deep in the Woods.’ The Baby’s Mother Is Now Charged with Murder. 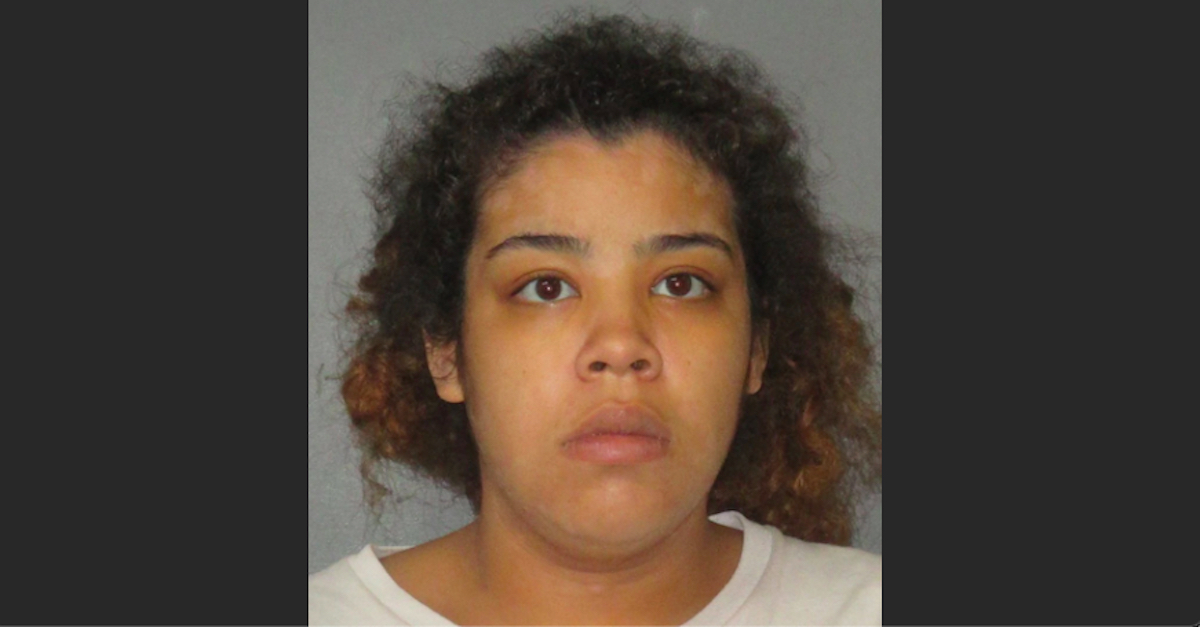 A Louisiana mother who last week reported her 2-year-old daughter missing is under arrest. Police say she punched the toddler in the stomach, causing the baby to hit her head. Upgraded charges were also brought against the woman’s boyfriend, who last week was arrested for allegedly disposing of the child’s body, which police found stuffed in a suitcase in a Mississippi forest.

The Baton Rouge Police Department (BRPD) announced that Lanaya Brittany Cardwell, 24, and Phillip Gardner, 30, were both booked Wednesday on one count each of second-degree murder in the death of Nevaeh Allen. Gardner was already being held on charges of unlawful disposal of human remains and obstruction of justice.

BRPD officers responded to a Sept. 24 call at approximately 4 p.m. about a missing child from Cardwell and Gardner’s home at 12464 West Labelle Avenue. Gardner allegedly told police that when he woke up from an afternoon nap he discovered that Allen was missing. He said that Cardwell had been at work when the child went missing. State and federal authorities in Louisiana and Mississippi immediately began a search for the child.

“On September 26, an in-depth multi-agency investigation led to the recovery of Nevaeh’s body in a wooded area in Hancock County, Mississippi. Subsequently an autopsy was conducted and it was determined that the cause of death was homicide,” Baton Rouge Police Chief Murphy Paul said during a Wednesday press briefing announcing the arrests. “Today, Baton Rouge Police Department detectives arrested Lanaya Brittany Cardwell, the mother of Nevaeh, and she was charged with second-degree murder.”

Arrests warrants for the couple obtained by local news outlet The Advocate provided additional details about what detectives learned in the course of their investigation.

According to the report, Gardner told investigators that on the morning the Nevaeh was reported missing, the child picked up her mother’s contact lenses while Lanaya was getting ready for work. An angry Cardwell then allegedly punched the toddler in the torso “with a closed fist,” which caused the toddler to fall and hit her head on a bathroom cabinet.

Gardner said Lanaya then dragged Nevaeh to another room where Gardner said he couldn’t see what was happening but heard what sounded “like two adults fighting.” A short while later the girl came out with a large bruise on her forehead.

After driving Cardwell to work, Gardner said Nevaeh complained about severe stomach pains and refused to eat. He said he then went to sleep and woke up to find the child unconscious.

Per the affidavit, Gardner said he tried to perform CPR, but also admitted that he did not try to call 911 and later stuffed the girl’s body into a “small suitcase.” Leaving his cell phone home to avoid being tracked, Gardner allegedly said he loaded the case in the car and dumped it in “a makeshift grave deep in the woods” of Mississippi. He then allegedly threw Nevaeh’s clothes in the garbage and drove home to file the “false missing persons report.”

“An autopsy showed several bruises on the girl’s face and head, swelling to the brain and marks on her face ‘consistent with that of a handprint,’” The Advocate reported. “The girl’s thighs and buttocks were covered in bruises. The coroner reportedly also observed injuries on the girl’s abdominal wall, ‘which were consistent with being punched in the abdomen.’”

The affidavit also states that a forensic pathologist told police that “it cannot be ruled out that the victim was still alive at the time that Gardner placed her in the suitcase and suffocated to death prior to succumbing to the other injuries.”

After Nevaeh was reported missing, Cardwell spoke to reporters about seeing her daughter before she left for work.

“That’s the last time I seen my baby,” she said, sobbing into the camera. “When I went to work, she had on her yellow dress with the pineapples on it, and she should have still had on that dress.”