Senate Acquits Donald Trump of Inciting an Insurrection in Most Bipartisan Vote to Convict in U.S. History 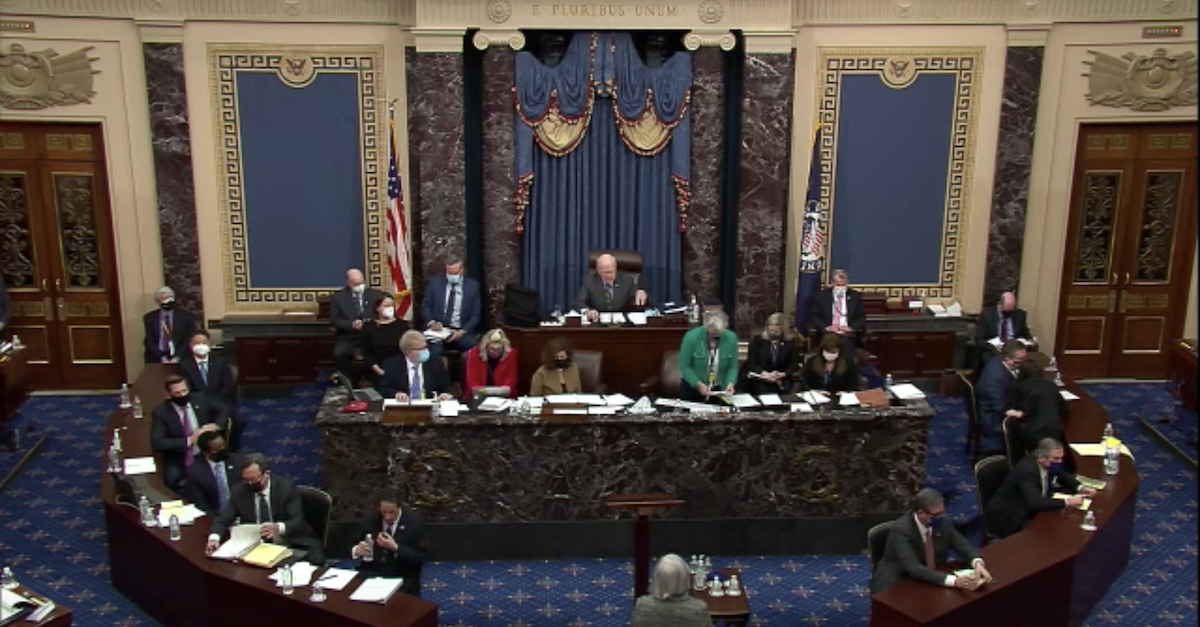 For a short passage of time on Saturday, the Senate impeachment trial of former President Donald Trump appeared headed to a surpising detour as Democrats won a vote to call a witness, but the effort collapsed with the Republicans threatening a protracted fight to derail his successor Joe Biden’s governing agenda. Democrats agreed to a stipulation that would have averted what some in the party feared would become a lengthy diversion, until a weeklong trial spiraled to a conclusion many found inevitable: an acquittal, roughly along party lines.

Though a majority of the Senate would have convicted Trump, the margin fell far short of the requisite two-thirds: 43-57, with only seven Republican defections—in the most bipartisan impeachment vote to convict in history, yet also decidedly a failed one.

“Let it live on in infamy, a stain on Donald John Trump that can never, never can be washed away,” Schumer said, echoing his words on the night of the Jan. 6th insurrection comparing those events to the bombing of Pearl Harbor.

Now-Senate Minority Leader Mitch McConnell, who led the same body just one month ago, cast a not-guilty vote, but he claimed it was not an approval of Trump’s actions.

“President Trump is practically and morally responsible for promoting the events of the day—no question about about that,” McConnell said.

Asserting that the Senate lacked jurisdiction to try a former president—a procedural posture that Republicans voted on, and lost, before trial began—McConnell argued that acquittal in the U.S. Congress does not mean immunity in a court of law.

“President Trump is still liable for everything he did while he’s in office,” McConnell said, referring to possible civil and criminal penalties. “He didn’t get away with anything yet.”

Recognizing that he is by far the youngest impeachment manager, 36-year-old Rep. Joe Neguse of Colorado noted that he may be “naive,” but he believed that the Senate would hold Trump accountable.

The first Eritrean-American voted into Congress, Neguse spoke of the U.S. Senate’s conscience in action in describing the bipartisan vote to override former President Ronald Reagan’s veto to sanction apartheid South Africa, but the Republican party since the Trump era has brooked little dissent. Trump’s attorneys like Michael van der Veen cast his client’s two impeachments as examples of “cancel culture” run amok, but Democratic impeachment managers turned the talking point on its head, noting that the Republican party tried to censure Rep. Liz Cheney for the offense of voting for the 45th president’s second impeachment.

“The former president’s most reliable supporters in the House tried to cancel out Representative Cheney because of her courageous and patriotic defense,” lead impeachment manager Rep. Jamie Raskin noted. “They tried to strip her of her leading role as the chair of the House Republican conference.”

That effort failed by a 146-51 vote, with Cheney beating her pursuers by a more than two-to-one margin.

“Who says you can’t stand up to bullies?” Raskin said.

But Raskin said that other values were at stake: a reckoning over the deadly violence of Jan. 6, including the grueling scenes of the mob crushing Officer Daniel Hodges in the doors of the Capitol.

“If the government do that, that would be torture,” Raskin noted.

Prosecutors estimated that the documented pro-Trump mob committed nearly 140 assaults on law enforcement officers, including a suspected murder of Officer Brian Sicknick, recently laid to rest in the Capitol. Two other police died of suicide, another lost fingers and a one had an eye gouged. The impeachment trial described, and unspooled footage of, attacks against police with poles and riot shields.

(Screenshot of the Senate vote from USCongress.gov)