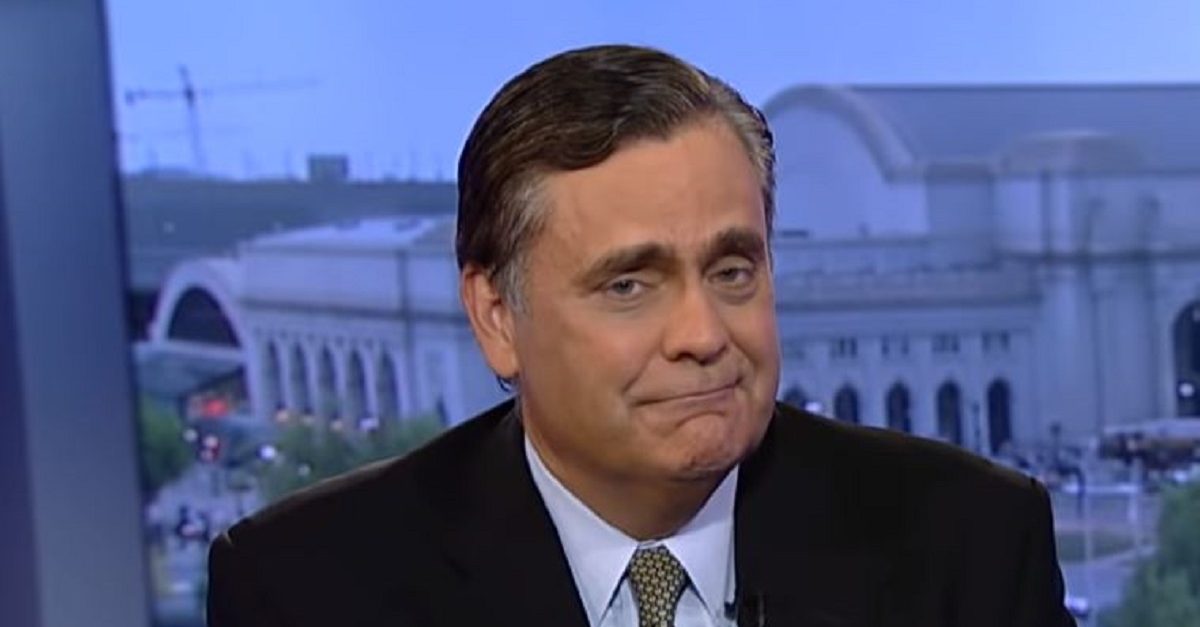 George Washington University Law Professor and legal commentator Jonathan Turley said Monday that President Donald Trump should not be subjected to a “snap impeachment” despite the “reckless” words he uttered at a rally that preceded his supporters’ storming of the U.S. Capitol.

“The concept of a snap impeachment is a contradiction in constitutional terms. This is a process that was designed to be deliberative, not impulsive—and this really is not what the framers envisioned. This is trying to run to the floor and skip any inquiry and hearing on these very troubling issues,” he said Monday on Michael Smerconish’s SiriusXM radio show.

“Democrats may loathe the day that they created this pathway. In two years the Republicans could take over the House. Would they then oppose a snap impeachment of President [Joe] Biden. There has to be some integrity left in this process,” Turley said.

Characterizing the president’s pre-riot speech as “reckless,” Turley, a Fox News contributor, said that he still was not aware of any legal precedent under which Trump’s words could constitute criminal incitement.

“Many people have said that what President Trump did was an actually crime of incitement—many legal experts have come forward with that view. I have to tell you, I think that is just fundamentally wrong. I know of no case that would say that that speech was criminal incitement,” Turley said. “The speech itself was reckless, but at points in the speech Trump says that people should go there peacefully. That they should go to the Capitol to support members of Congress in challenging the election.”

“And that is the type of protest that’s occurred in state and federal capitals for years. People go to the capitol to support or oppose things happening inside. So I don’t think any court would allow a charge of criminal incitement,” he added.

Leaning on the “slippery slope” approach, Turley said that using the political mechanism of impeachment against Trump would set a dangerous precedent, allowing any future president to be ousted over reckless rhetoric if his or her supporters commit criminal acts.

He added that Democrats used “virtually the same type of language”—such as “taking back the country”—and asserted that he was “more concerned with the implication of what is unfolding on Capitol Hill this week” than with Trump supporters’ apparent failed coup.

Notably absent from the analysis was the broader context of President Trump’s months-long effort to overturn the election results in the courts, which was capped off just over one week ago with Trump’s phone call to Georgia’s Republican Secretary of State Brad Raffensperger. Trump urged Raffensperger to “find” the number of votes he needed to flip the election outcome in the Peach State even though that would not have overturned the election outcome as a whole. Many legal experts also said that call was impeachable.

Turley, for his part, found that phone call to be both “breathtaking” and mystifying.

Telling Raffensperger to "find" the votes on the Saturday before the certification is breathtaking. https://t.co/RAFqu6A41L I am as mystified by the request as I am the logic. Such an opportunistic move to secure the 16 electoral votes would not work to change the outcome.

Turley, no stranger to controversial stances and takes, was the lone expert witness called by Republicans during the House phase of President Trump’s first impeachment. Perhaps he will be among the lawyers making a case in Trump’s defense for a second time. That basic case would appear to be that a president should not be impeached for constitutionally protected speech.

Counter-arguments have focused not just on Trump’s words at the rally—taken together with his failed election-overturning campaign—but also on his apparent lack of action as the Capitol was under siege by supporters who were out to get Vice President Mike Pence and other lawmakers.