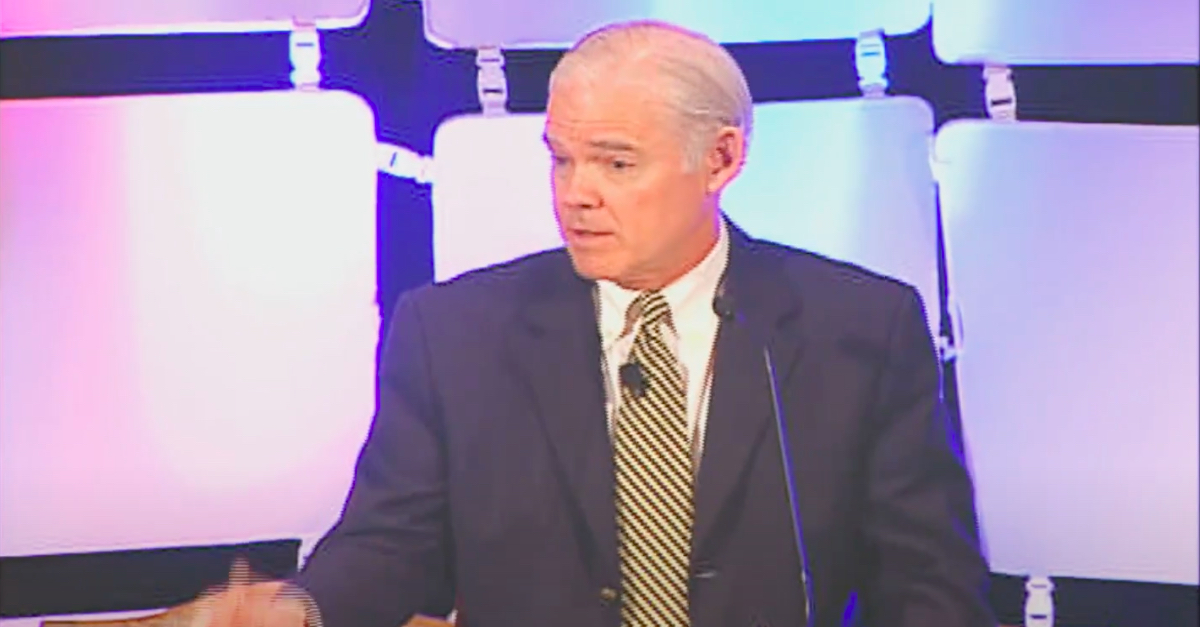 One of the top conservative lawyers in Washington publicly broke from the Republican party’s position that impeaching former President Donald Trump violates the U.S. Constitution.

Attorney Charles Cooper, who represented former Trump national security advisor John Bolton during the president’s first impeachment, penned a Sunday op-ed in the Wall Street Journal. He asserted that the GOP’s argument was logically deficient and concluded that the chamber could, indeed, hold Trump to account for his role in inciting the Jan. 6 attack on the U.S. Capitol.

Last month, 45 of 50 Senate Republicans voted in favor of Sen Rand Paul’s (R-Ky.) motion to dismiss the articles of impeachment, claiming that Article I, Section 4 of the Constitution only allows for the impeachment of sitting U.S. officials. Only Sens. Mitt Romney (R-Utah), Ben Sasse (R-Neb.), Susan Collins (R-Maine), Lisa Murkowski (R-Alaska) and the retiring Pat Toomey (R-Pa.) voted against the measure.

Article I, Section 4 states that “The president, vice president and all civil officers of the United States, shall be removed from office on impeachment for, and conviction of, treason, bribery, or other high crimes and misdemeanors.”

Under the Sen. Paul theory joined by an overwhelming majority of GOP Senators, because impeachment requires an official to be removed from office, it is not a punishment intended to be used against officials who have already vacated their post.

But Cooper says the provision actually “cuts against their interpretation” because it also allows the Senate to bar the official from ever holding public office in the future.

There is also historical precedent for impeaching former officials. Sen. William Blount and Secretary of War William Belknap were both tried after leaving office in 1797 and 1876, respectively.

According to the New York Times, Cooper, a former advisor to Sen. Ted Cruz (R-Texas), offered the constitutional analysis because he’d been “dismayed” by the GOP’s refusal to hold Trump accountable for his actions.

“The senators who supported Mr. Paul’s motion should reconsider their view and judge the former president’s misconduct on the merits,” Cooper concluded.

Trump’s Senate trial is scheduled to start on Tuesday.