Kevin Harlan’s call of the idiot on the field (w/video from @rlacey23) : pic.twitter.com/iAI7WDi5xx

Authorities have identified the man who was seen running half-naked at the Super Bowl on Sunday night. He is Yuri Andrade, 31. Records show he is a resident of Boca Raton, Florida. 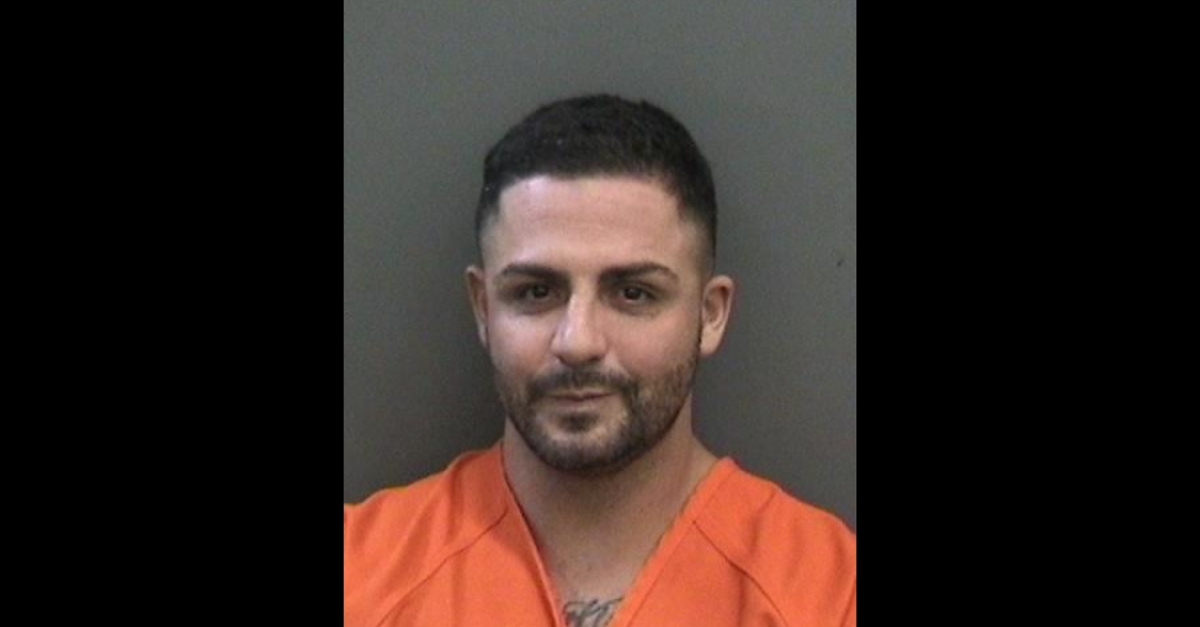 The defendant hauled ass in the 4th quarter, wearing black shorts and a pink leotard on the field at Raymond James Stadium. The image accosted us on the Twitter timeline. If we must suffer, then so will you.

Quite a look from the Super Bowl streaker pic.twitter.com/2azljIoXFA

As seen on video, the man identified as Andrade weaved his way between two guards at the 30-yard line. He celebrated early, hands up in the air, making his way down the field. Another individual put an end to the festivities, forcing him to slide at the 1-yard line.

“Pull up your pants, take off the bra, and be a man!” said announcer Kevin Harlan in one of his most memorable play-by-play calls of this kind.

It’s closer than the Chiefs ever got to the end zone that night, as they lost to the Tampa Bay Buccaneers 31-9.

TACKLED AT THE 1 YARD LINE 😂 pic.twitter.com/uCjxuHNKtG

Records viewed by Law&Crime show that Andrade posted a $500 cash bond on Monday for a misdemeanor charge of trespass on property other than a structure or conveyance. No attorney is named. Records show no scheduled court hearing.