Getting Personal on Impeachment: Rep. Val Demings Repairs the ‘Thin Blue Line’ at the Capitol and Ex-Rep. Denver Riggleman Reflects on His ‘80% Chance of Violence’ Prediction on ‘Objections’ Podcast 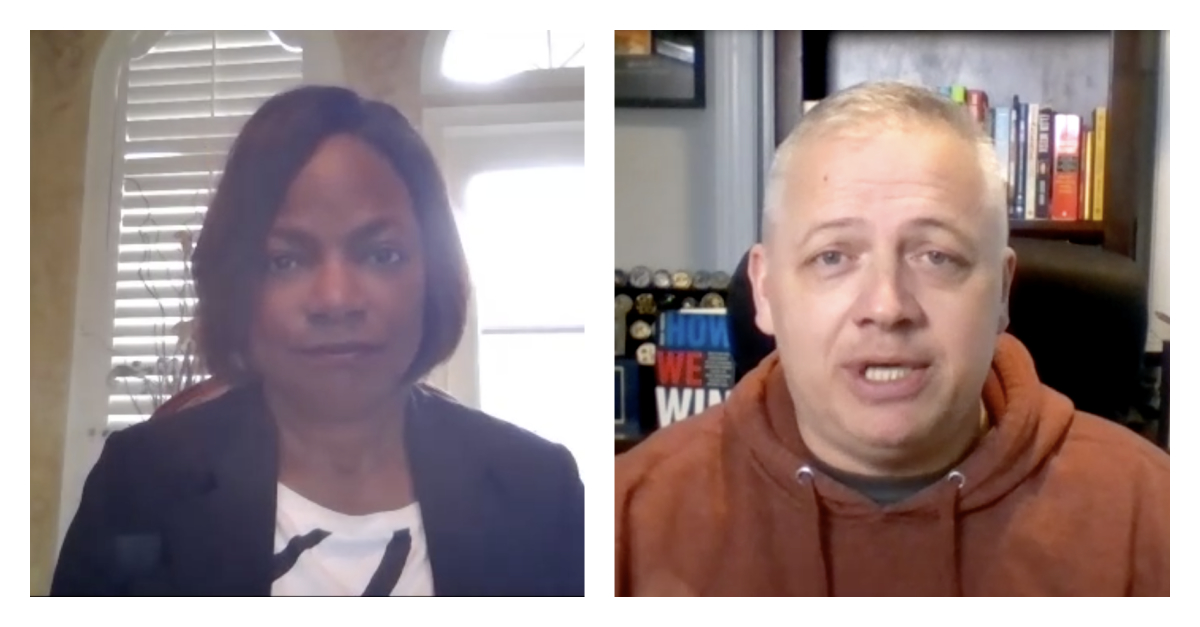 Listen to the interviews with Congresswoman Val Demings and ex-Rep. Denver Riggleman on Apple Podcast, Spotify or wherever else you get your podcasts, and subscribe!

Before the Senate acquitted former President Donald Trump, Congresswoman Val Demings and former impeachment manager passed the torch to her successors about the importance of making the national drama personal.

“I reminded them that they were chosen for this time to do this very critical work for this moment in history and to allow the American people and the senators to get to know them,” the Florida Democrat told Law&Crime on the latest episode of the podcast “Objections.” “When they have an opportunity to weave a personal story in about their own lives and the opportunities that they’ve had that makes this moment so critical and to always remember that yes, the senators are the jurors, but they’re also talking to the American people.”

When the Congresswoman sat for her interview, the Senate impeachment trial kicked off with procedural arguments on jurisdictions that took an emotional turn after lead manager, Rep. Jamie Raskin of Maryland, who connected his family’s grief to the nation’s.

“I told my daughter, Tabitha—who’s 24 and a brilliant algebra teacher in Teach for America—now, I told her how sorry I was, and I promised her that it would not be like this again, the next time she came back to the Capitol with me,” Raskin said, fighting back tears throughout his address one week ago. “And you know what she said? She said, ‘Dad, I don’t want to come back to the Capitol.’ Of all the terrible, brutal things I saw and I heard on that day, and since then, that one hit me the hardest.”

As Trump’s second impeachment trial recedes into the historical background, the latest Law&Crime podcast features voices of Congress members from both parties whose personal stories resonate with its themes: Demings, Orlando’s former police chief, and ex-Representative Denver Riggleman, whose decades of experience as a U.S. Air Force intelligence officer made him alarmed about the misinformation that he believed made the Jan. 6th insurrection practically inevitable.

“I said this there’s an 80% chance of violence, I would think, any time around the transfer of power,” Riggleman said, describing his conversations with colleagues during a Dec. 10th farewell speech warning of the dangers of disinformation. “And they said, ‘There’s no way.’ And I hated to be validated.”

Interviewed on Friday, Riggleman made another prediction that the trial would end without witness testimony, and with an acquittal, on a margin of between 56 and 59 senators voting for conviction.

Despite a surprise vote that theoretically would have permitted witnesses, Riggleman’s prediction ultimately came true to the letter, but he believed the GOP’s reckoning had just begun.

“When you see that maybe 70% of the Republican Party still believes in ‘Stop the Steal,’ that fringe has been mainstreamed, and that’s why I said they’re at the ‘hold my beer’ stage,” Riggleman said. “I’ve never seen anything like this. Disinformation rules the Republican Party right now.”

Declaring himself one of the GOP’s “radicals,” Riggleman said he does not know what will become of his former party now and whether a breakaway faction will emerge in a political system stacking the deck against third parties.

Now occupying his former seat, far-right Rep. Bob Good defeated Riggleman by attacking the conservative representative’s decision to officiate at the same-sex marriage of his close friends and staffers.

Riggleman now spends his days opposing those he describes as the forces of misinformation inside his former party from the perch of the Network Contagion Research Institute, a counter-extremism watchdog, when he is not working at his distillery in Virginia.

As for Demings, the congresswoman continues to put her life experience to use in her new role as chair of the House Homeland Security’s Subcommittee on Emergency Preparedness, Response, and Recovery.

Demings also plans to use her office to make sure that the police officers assaulted and overwhelmed on the day of the siege are given their proper resources and respect.

“On January, 6, we had these officers who were obviously outmanned, as we used to say on the street, and overwhelmed, who were fighting with every ounce of energy and bravery that they had, trying to hold back this violent mob, and do what they do every day: Protect the capital, protect the members of Congress, protect the staffers and everybody else who works in that building, the custodial staff and the cafeteria workers and everybody,” Demings described. “So you had this Thin Blue Line, trying to protect it all—and to see them, just the blatant total disregard for the Capitol Police, for their lawful authority. It just did not matter to the rioters that day, and so our job moving forward I think is, number one, to help the Capitol Police understand how grateful we are for what they went through that day. One paid the ultimate sacrifice, many others received as you mentioned great bodily harm. ”

As recounted during the impeachment trial, two other officers died by suicide, another lost fingers and a one had an eye gouged. The impeachment trial described, and unspooled footage of, attacks against police with poles, riot shields and other objects. Prosecutors estimate that rioters committed some 140 acts of assault on that day, with officers maced with bear spray, chased by a mob like Officer Eugene Goodman, crushed in a door like Officer Daniel Hodges, and killed like Officer Brian Sicknick, laid to rest inside the Rotunda.

(Screenshot from Zoom interviews with Rep. Demings and ex-Rep. Riggleman)