‘You F***ing Half-Wit’: Carter Page Describes Death Threats in Quest to Save Lawsuit That Was Already Dismissed 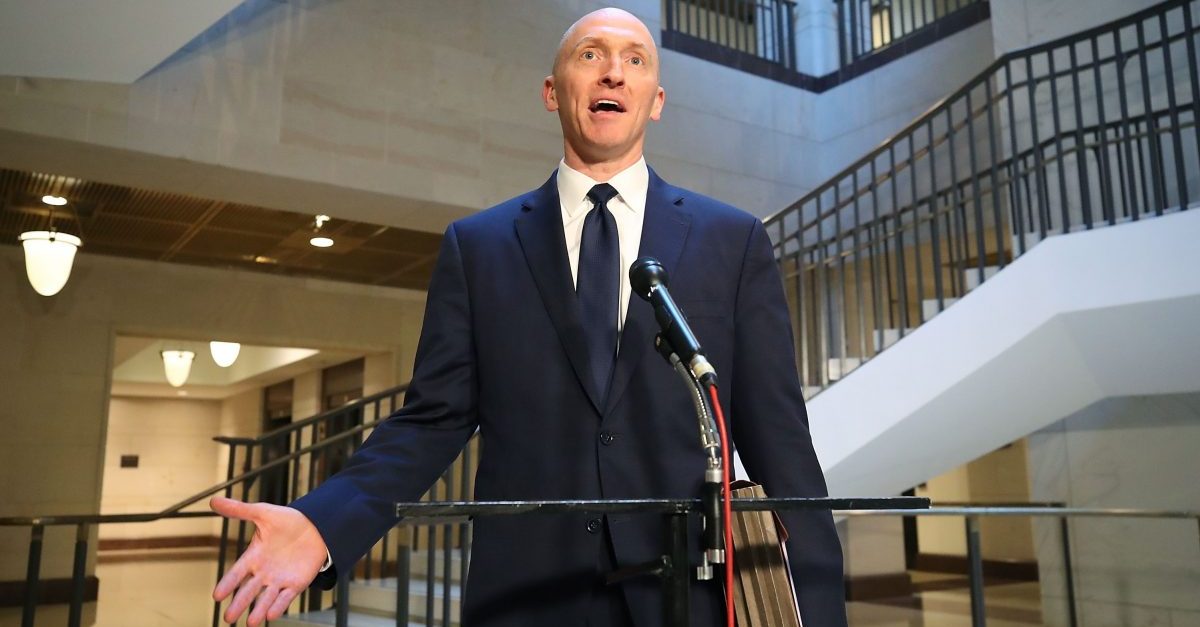 The lawsuit accused the defendants of defaming him with information in Christopher Steele‘s dossier that had been reported in the media. The dossier was the result of research done for Fusion GPS, which had reportedly been hired by the lawfirm, which had been working for the DNC and Clinton campaign.

Chief Judge Joe Heaton threw out Page’s lawsuit on Thursday, stating that the federal court in Oklahoma didn’t have jurisdiction over the claims, because none of the defendants were based in Oklahoma, and the alleged actions weren’t connected to the state.

Page had said in a previous court filing that he would be happy to provide additional evidence to show why the case is connected to Oklahoma, but preferred if he could do so under seal. Apparently, Judge Heaton didn’t take him up on the offer, opting to dismiss the case outright.

On Monday, Page filed a notice of supplemental authority with this additional information, event though his case had already been dismissed. Typically, additional allegations are made out in an amended complaint, although the judge did not give Page leave to file one.

Page’s filing included a letter written to FBI Director Christopher Wray, in which he asked for records related to “death threats” he allegedly received that he says “originated in Oklahoma.” In the letter, Page says that he brought the threats to the FBI’s attention in the past, and that his concern for any investigation was the reason why he was hesitant to mention them in his lawsuit. Here, however, he goes into some detail, specifically recalling a voicemail he received from a number with an Oklahoma area code.

Threats like this one, supposedly made by people in Oklahoma, were apparently meant to be used to support Page’s argument that the Oklahoma federal court has jurisdiction over the case, but the threats don’t appear to address the judge’s main concern:

Plaintiff does not offer any facts which suggest that defendants’ alleged acts were purposefully directed at the State of Oklahoma or that their suit-related conduct had a substantial connection with Oklahoma. Rather, the complaint and plaintiff’s related submissions indicate the alleged conduct took place elsewhere.

The judge’s order pointed out that Page failed to show why the defendants‘ actions were “purposefully directed” at Oklahoma, or that their conduct had a substantial connection to the state. Page’s letter to the FBI Director only addresses alleged actions by other people.

Law&Crime reached out to the DNC and Perkins Coie for comment, but they have not responded.