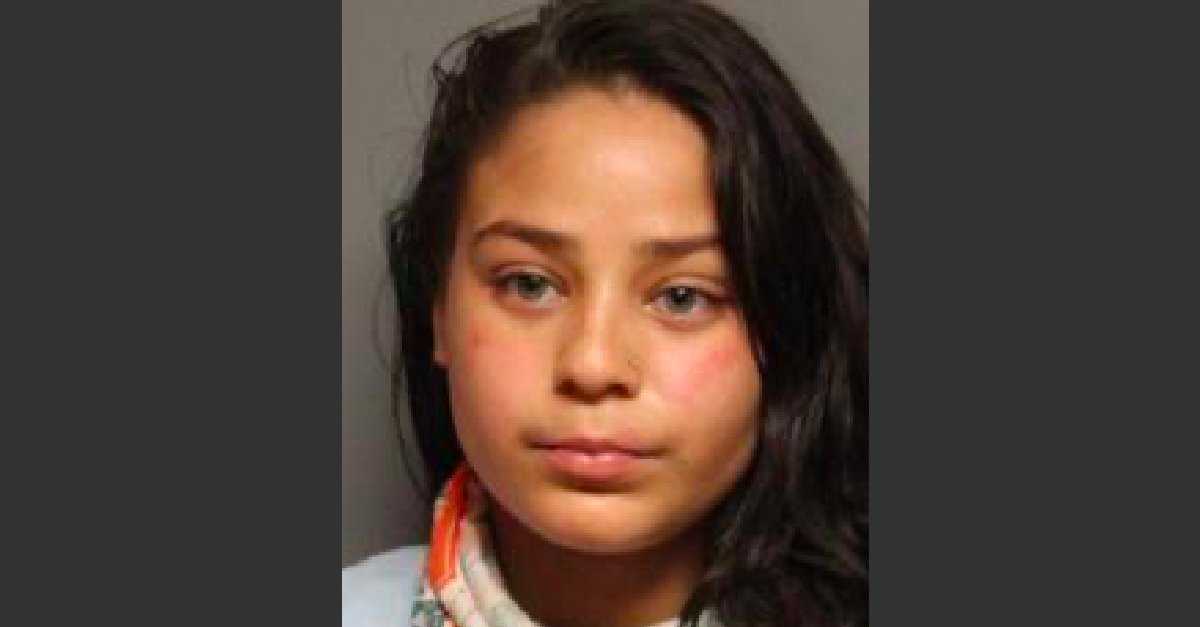 A 21-year-old woman was arrested in Delaware Friday and charged with several crimes, including robbery, in connection with an attack on a Donald Trump-supporting seven-year-old boy and his mother that was caught on tape and quickly went viral, according to local news outlet WDEL.

Olivia M. Winslow was taken into custody by the Wilmington Police Department and charged with second-degree robbery, second-degree conspiracy, and endangering the welfare of a child. A second woman alleged to have been involved in the incident has not yet been arrested. The incident took place on Thursday, the final night of the Democratic National Convention, outside of the Chase Center in Wilmington, where a small crowd of anti-Biden demonstrators had gathered.

The video, which was circulated online by President Trump’s supporters, showed two adult females, one of whom police said was Winslow, ripping up the child’s pro-Trump signs and stealing his “Make America Great Again” (MAGA) hat.

The young boy, who was accompanied by his mother, can be seen crying and heard asking his mom to “call 911,” as the women yelled profanities. At one point the mother literally told the women that they were “committing a felony.”

Onlookers attempted to intervene and help the mother and her son get their property back but each of the females can be seen violently lashing out and throwing punches at people who approached them. One of the women eventually threw the child’s hat over a fence.

Donald Trump Jr. called attention to the incident and identified the boy as Riley.

Joe Biden supporters stole Riley’s hat, ripped up his sign & made him cry.
Watch. It’s on video. This is sick.

According to court records obtained by WDEL, the victim told police “the woman who’s yet to be arrested ‘forcefully’ snatched a political sign from her hand while Winslow stole the MAGA.” Winslow then allegedly handed the hat to the other woman, who threw it over the fence.

Winslow is also accused of knocking the hat off the head of the boy’s mother.

“As the victim’s 7-year-old son went to retrieve the hat off the ground, the woman who’s yet to be arrested attempted to stomp on the hat, but stomped on the boy’s hand,” the report stated. Police said the child was not hurt but did cry.

Winslow’s alleged accomplice is also accused of punching a man in the face, causing a small laceration to his lip that left him in “substantial pain,” and striking the child’s mother in the face with a closed fist. The child’s mother was not injured.

Winslow was arraigned in Justice of the Peace Court 11 and released on her own recognizance, according to the report.