Witness: State Department Wanted Marie Yovanovitch to ‘Reaffirm Her Loyalty’ to Trump Before Her Firing 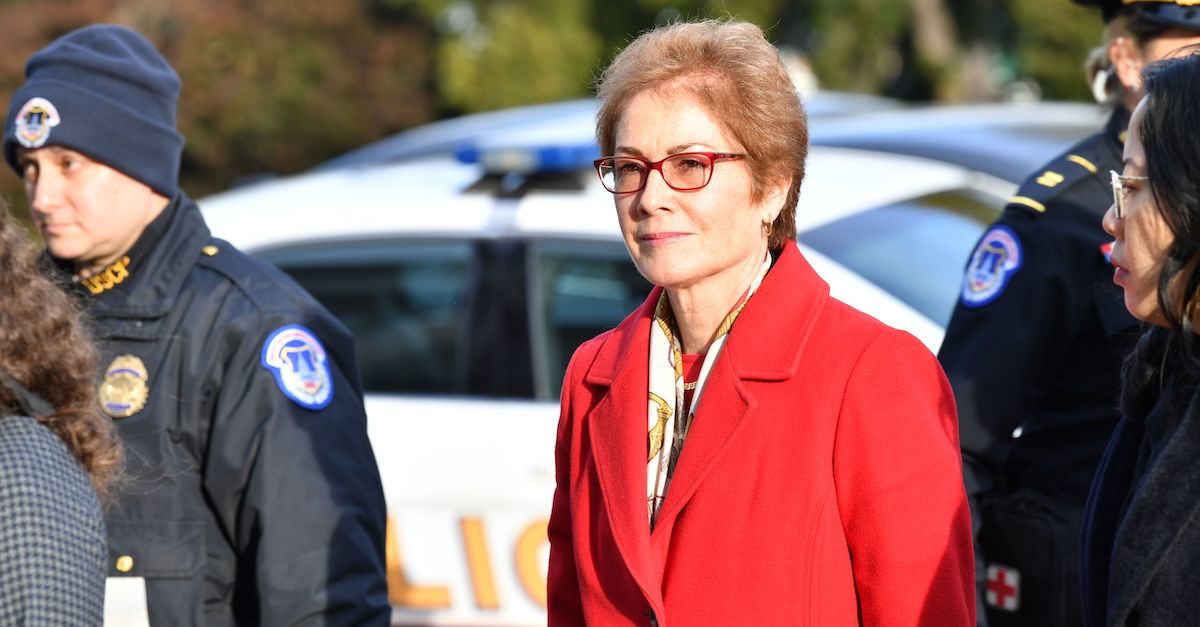 The highest-ranking career U.S. diplomat in the foreign service told House impeachment investigators that the State Department wanted Marie Yovanovitch to make a public statement declaring her loyalty to President Donald Trump prior to her ouster as the U.S. ambassador to Ukraine.

Ambassador David Hale, the Under Secretary of State for Political Affairs, testified earlier this month in a closed-door interview that in the aftermath of the smear campaign against Yovanovitch, top officials at the State Department discussed the need to have her come out in support of the president and the Constitution.

“Do you recall recommending to anyone within the State Department, including potentially Phil Reeker, that Ambassador Yovanovitch deny the allegations and quote, ‘reaffirm her loyalty, as the Ambassador and foreign service officer, to the President of the  United States and the Constitution?’” Daniel Goldman, the lead counsel for House Democrats, asked Hale.

“Yeah. We were working on — throughout this period, I was  advocating strongly for a State Department statement, a very robust full-page statement of defense and praise, actually, for the Ambassador’s work. And the concept was that simultaneously, or in coordination anyway, she would put out a statement. And they were debating in her embassy whether she should do it on camera or a written statement,” Hale responded.

The third-ranking official at the State Department told investigators he thought a statement from Yovanovitch would be beneficial because the attacks on her, which emanated predominantly from the president’s personal attorney Rudy Giuliani, had become so “personal.” Hale is scheduled to testify publicly on Wednesday.

Giuliani, along with his Ukrainian-Floridian business associates Lev Parnas and Igor Fruman, are alleged to have engaged in an intense smear campaign against Yovanovitch in order to have her replaced with an ambassador who would be friendlier to their business interests in Ukraine.

Hale also testified that the idea was abandoned, noting that any statement of support from the State Department for Yovanovitch would likely be contradicted by President Trump.

“We knew there was a White House problem with Ambassador Yovanovitch. That was definitely a factor. And that, I think, you know, was something that was being evaluated by the Secretary of State,” Hale said.