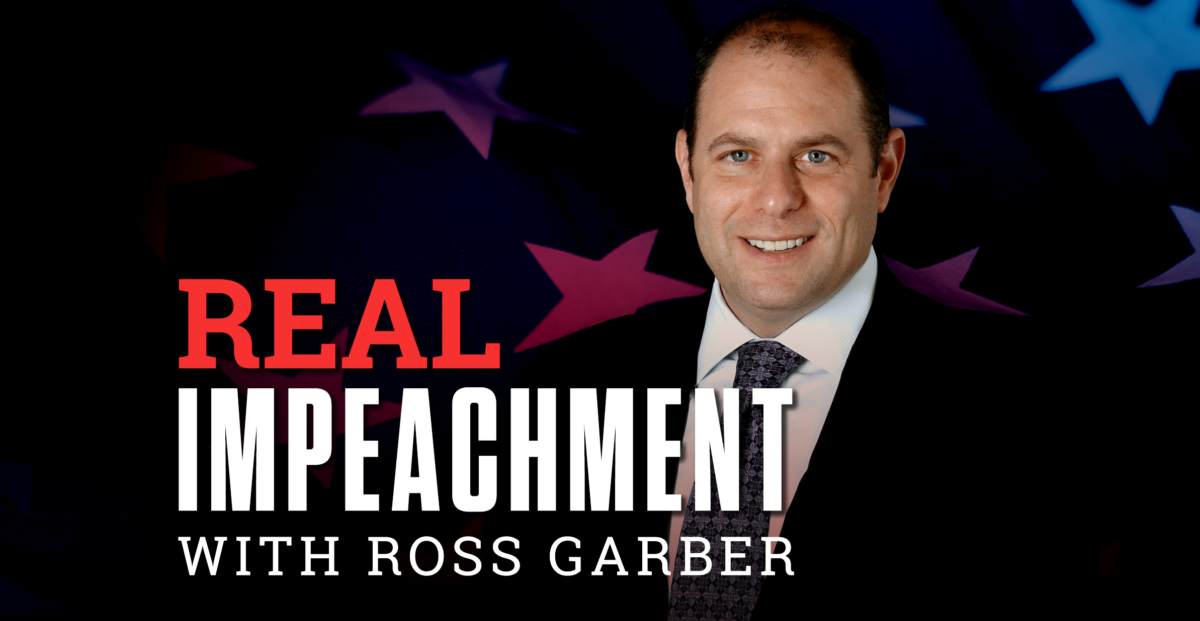 Garber, a prominent impeachment attorney known for representing high-profile Republican officials such as Gov. Mark Sanford of South Carolina, Gov. Robert Bentley of Alabama, and Gov. Eric Greitens of Missouri, will host “Real Impeachment with Ross Garber.” In each episode, Garber, also a CNN legal analyst, will navigate listeners through the current Presidential impeachment proceedings by leading frank discussions with top experts in an unbiased format. Garber aims to help listeners gain an understanding of what’s really going on in the impeachment process by providing a practical breakdown of events and fostering “real talk” with luminary guests working in areas of the law, government, and media.

The first episode launched today with Garber joined by Alan Baron, who was counsel for the House in four impeachment cases, three of which he also litigated before the Senate.

“Impeachments are rare events in U.S. history. I’m thrilled to join with Law&Crime to bring listeners in-depth discussions that will help demystify the process and players,” said Garber.

“We are excited to have Ross on board for this podcast because he is a total straight shooter, and there is no better expert on impeachment,” Law&Crime President Rachel Stockman said. “He will be able to give listeners a sense of what’s really going on in the process without all the partisan politics.”

Listen to the first episode here!

Podcast listeners can download and listen to the Law&Crime-produced “Real Impeachment with Ross Garber” episodes for free, on-demand from Desktop, iPhone, iPod Touch and Android devices directly via Law&Crime.com and Apple Podcasts. The podcast will be produced by Nathan Bickell.

Ross Garber is a legal analyst for CNN and Principal at The Garber Group LLC. He is recognized as one of the country’s foremost impeachment attorneys, having represented Gov. Robert Bentley of Alabama, Gov. Mark Sanford of South Carolina, Gov. John Rowland of Connecticut, and Gov. Eric Greitens of Missouri. He teaches Political Investigations and Impeachment Law at Tulane Law School. He is a former partner at Shipman & Goodwin, where he was co-chair of the firm’s Government Investigations and White Collar Crime Group. He has written pieces for the Los Angeles Times and the Washington Post, and he is a graduate of the University of Connecticut Law School.