Why Lindsey Graham’s Bipartisan ‘Red Flag’ Bill Might Not Work 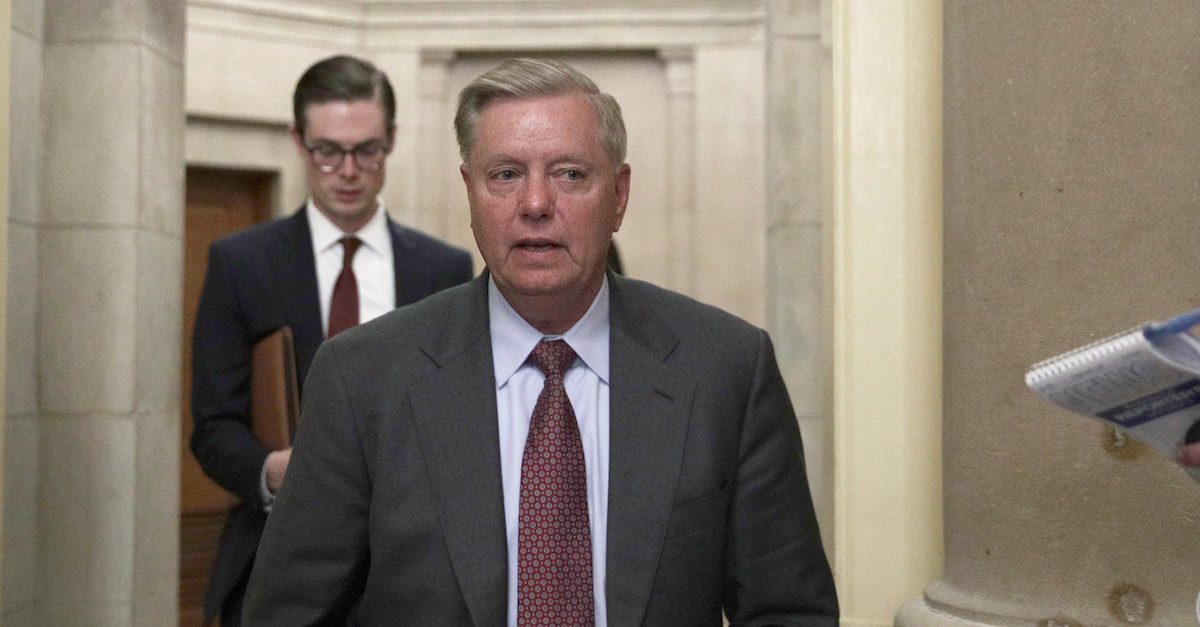 On Monday, Senate Judiciary Committee Chairman Lindsey Graham (R-S.C.) said that he is looking into pushing “red flag” laws with support from both President Donald Trump and Senate Democrats.

The bill, which Graham is proposing along with Sen. Richard Blumenthal, (D-Conn.) would create a grant program to help states create law enforcement departments designed to prevent the mentally ill from obtaining firearms.

“These grants will be given to law enforcement so they can hire and consult with mental health professionals to better determine which cases need to be acted upon. This grant program also requires robust due process and judicial review. It does allow for quick action,” Graham said.

He also added that the president “seems very supportive” of the bill, and Trump discussed “red flag” legislation himself in a press conference on Monday.

While the bipartisan response to the tragedies in El Paso, Dayton, Philadelphia, and Gilroy has been heartwarming, there’s evidence to suggest that mental health approaches to gun control may not really work. In an analysis following the school shooting at Stoneman Douglas High School in Parkland, Florida, Law&Crime’s Aaron Keller diagnosed several major problems with Florida’s mental health statutes as means for keeping weapons out of the hands of the mentally ill.  One problem is that mental health professionals say they cannot accurately predict violence in patients, making it more difficult for courts to act in protecting the public from a potential mass shooting.

In Florida, where the Parkland shooting occurred, a person can only be brought to an involuntary mental health examination under extremely stringent circumstances. After the examination, there are four possible outcomes: voluntary commitment; involuntary commitment; outpatient treatment; or release. Only about 21% of state mental health examinations resulted in further treatment during the 2015-2016 fiscal year. Not surprisingly, Parkland shooter Nikolas Cruz was given a psychiatric evaluation prior to committing his crime but managed to slip through the system’s fingers.

A similar federal bill may be plagued with similar issues. Still, it may end up being an important stepping stone for a future, stronger gun control bill.

President Trump did mention the idea of putting a clause requiring background checks for firearms in a bill regarding immigration reform on Twitter early Monday morning.

….this legislation with desperately needed immigration reform. We must have something good, if not GREAT, come out of these two tragic events!

For many prominent Democrats, however, this rhetoric from Trump is a day late and a dollar short.

I will let the boss speak for himself. pic.twitter.com/J3dtnopaCo