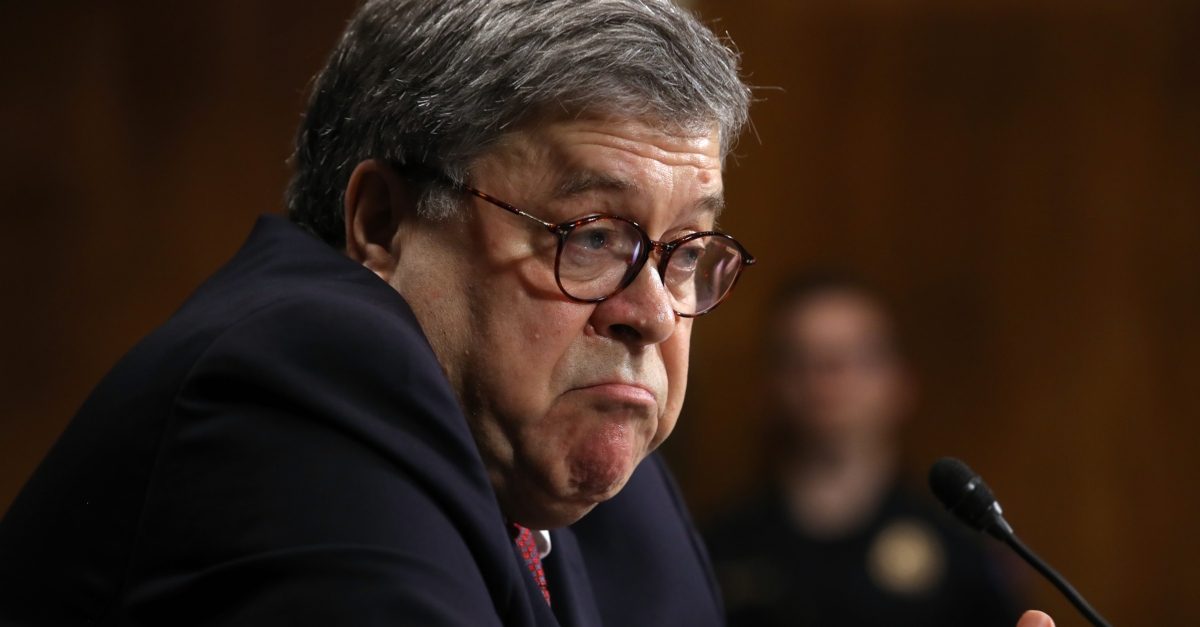 A federal judge on Monday heard more than two hours of arguments regarding whether a less-redacted version of former special counsel Robert Mueller’s report on the Russia investigation should be released.

The proceeding stemmed from consolidated lawsuits filed by Buzzfeed News reporter Jason Leopold and the Electronic Privacy Information Center (EPIC), both of whom sought unredacted versions of the report via Freedom of Information Act (FOIA) filings.

As lawyers for the Department of Justice argued in favor of not releasing a fuller version of the report, Federal District Judge Reggie Walton seemed particularly incredulous of some of their arguments against allowing the public access to portions of the report that remain redacted.

According to a report from The Hill, Walton, an appointee of former President George W. Bush, was concerned about the conduct of Attorney General William Barr in the immediate aftermath of the report’s release and expressed concern that failing to disclose the reasons for prosecutorial decisions only “undermines even further” the public’s trust in the criminal justice system.

“I do have some concerns because it seems to me difficult to reconcile the contents of the Mueller report and statements made by the attorney general [about the report],” Walton said of Barr’s 4-page summary of the Mueller report.  (Barr stated that Mueller had determined there had been “no collusion” between the Trump campaign and Russia.)

“It’d seem to be inconsistent with what the report itself said,” Walton said, adding that Barr’s summary “did not fully capture the context, nature and substance” of the report.

But DOJ attorney Courtney Enlow responded to those concerns by arguing that Barr wrote the letter in  “good faith,” adding that he was under no obligation to release even a redacted version of the report under the current special counsel regulations. Furthermore, Enlow argued that the redactions were made by Barr and attorneys from the special counsel’s office working in concert with one another.

Lawyers for BuzzFeed and EPIC argued that version of the Mueller report currently available to the public leaves several controversial questions unanswered, specifically mentioning the question of whether or not the special counsel’s office considered prosecuting members of Donald Trump’s family and others in the president’s orbit, according to a report from Law.com.

Attorneys for Buzzfeed and EPIC also requested that Walton review the unredacted report independently in chambers before making any decisions regarding what information can be released to the public.

According to The Hill, Walton did not provide a specific timeline for his eventual ruling, saying that he was currently burdened with a “heavy caseload,” but did note the high level of public interest in the case and promised he would work to reach a decision soon.

[Image via via Win McNamee/Getty Images.]