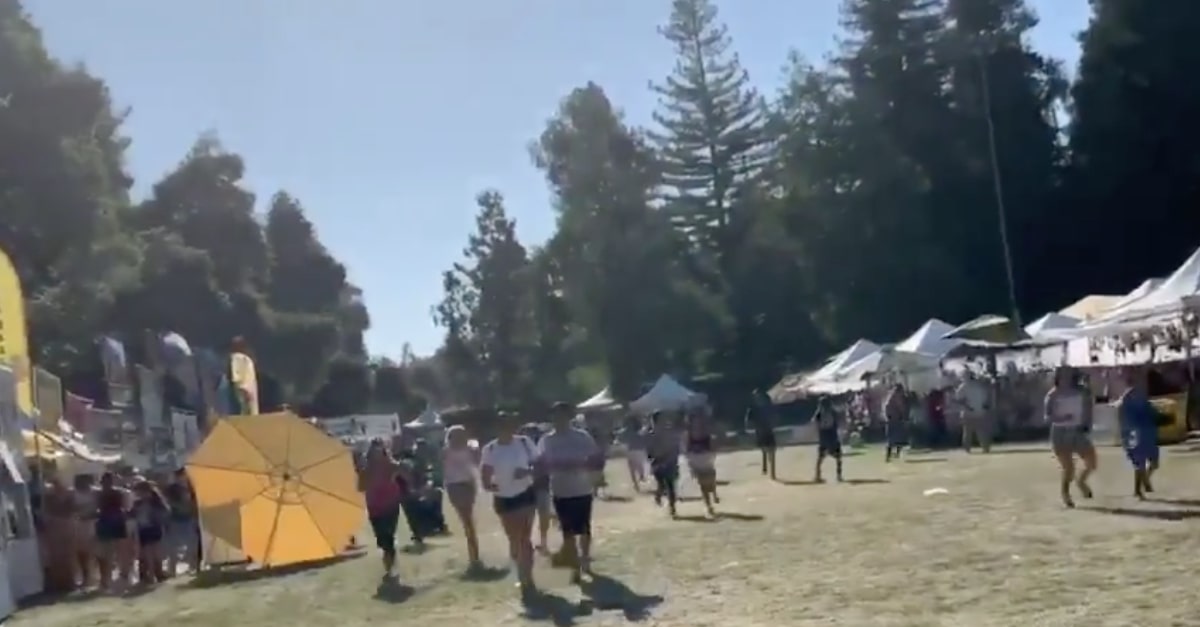 Police engaged and fatally shot a gunman who opened fire at the Gilroy Garlic Festival in Nothern California on Sunday afternoon. Before being taken down, the gunman shot 15 people, injuring 12 and killing three. Here’s what we know so far. 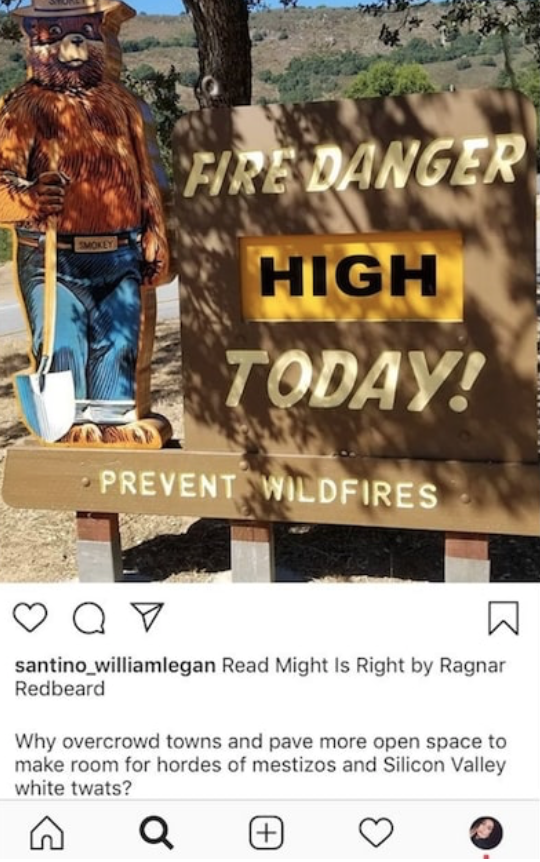 Police have confirmed the identity of the shooter as 19-year-old Santino William Legan.

Legan, dressed in a protective vest, sunglasses, and a baseball cap, managed to get into the festival by cutting a hole in a perimeter fence to avoid security, as the festival’s website explicitly banned weapons of any kind.

According to reports, Legan wasn’t targeting anyone specifically, but spraying indiscriminately into the crowd. He reportedly used an assault-type rifle in the attack that police say was purchased legally in Nevada on July 9.

Gilroy, California, police chief Scot Smithee: The gun used in last night's mass shooting was an AK-47-type rifle that was legally purchased in Nevada on July 9. The victims were a 6-year-old boy, a 13-year-old girl, and a man in his 20s. No word on a motive. pic.twitter.com/P7cBXXAivg

While his Instagram has been since taken down, Legan only had three posts. One, posted right before the shooting said “Ayy garlic festival time. Come get wasted on overpriced shit.”

Another referenced a 19th-century machismo guidebook saying, “Read Might Is Right by Ragnar Redbeard. Why overcrowd towns and pave more open space to make room for hordes of mestizos and Silicon Valley white twats?” The ideas in Might is Right, that “natural law is tooth and claw.” read a bit like the extreme fringes of 4Chan and Reddit culture.

The Gilroy shooter has been identified as Santino William Legan, 19. His instagram was just taken down, but before it was, I saw a post from the festival right before the shooting that said "Read 'Might Is Right' by Ragnar Redbeard," which is a misogynist white power manifesto.

A witness reportedly shouted at Legan during the attack, asking why he was shooting people.

As of now, there is no clear motive as to why Legan chose to attack the garlic festival.

The only identified victim so far is 6-year-old Stephen Luciano Romero, who died on Sunday night. Romero’s mother was shot in the hand and stomach but is expected to survive. Romero’s grandmother is also in the hospital with gunshot wounds as well.

‘He was such a happy kid’

The grandmother of 6-year-old Stephen Romero speaks about her grandson after he was shot and killed at the Gilroy Garlic Festival pic.twitter.com/GKr7jFU4Ku

Cheryl Low and Candice Marquez, who were working at the festival during the shooting, said that both their boss and her boss’s husband were shot. The unnamed boss was shot once and is currently stable, while her husband was shot three times. His condition is critical.

yo somebody was shooting at the gilroy garlic festival. be safe pic.twitter.com/B39ZIYe8wr

During a 1 p.m. EST press conference on Monday, authorities revealed the other two murder victims were a 13-year-old girl and a man in his twenties. Their names have not yet been released.

The three people killed in the Gilroy Garlic Festival shooting were a man in his 20s, a 13-year-old girl and a 6-year-old boy https://t.co/IJVIdstvog pic.twitter.com/kHrkVAPRze

According to witness, Julissa Contreras, “security was great. They weren’t extremely invasive, but they checked [her] fanny pack and backpack and I felt they were thorough.”

Police working security were reportedly able to respond to the shooting in under a minute and eventually received backup from the Bureau of Alcohol, Tobacco, Firearms, and Explosives (ATF).

Josh Campbell, a former FBI agent, told CNN that some eyewitnesses reported a second suspect to police, but added “we know there’s almost never a second shooter” in these scenarios.

A second suspect “was involved in some way, we just don’t know in what way,” said Gilroy Police Chief Scot Smithee.