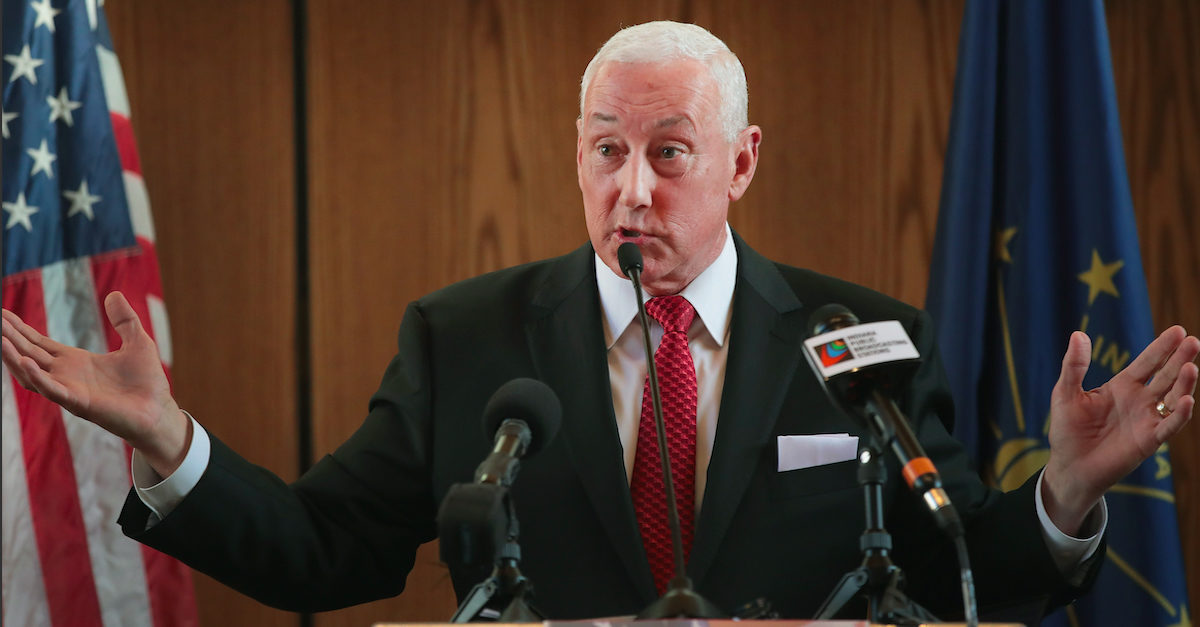 The White House this week has been combatting allegations that President Donald Trump violated the U.S. Constitution by profiting from Vice President Mike Pence’s taxpayer-funded trip to Ireland. Pence is staying approximately 180 miles from where his meetings will take place in order to lodge at the Trump International Golf Links and Hotel in Doonbeg, an itinerary which was specifically suggested by the president. But the vice president is not the only member of the Pence family whose patronage has been helping the president’s private businesses, as FEC records show that between November 2017 and March 2019, Mike Pence’s older brother Greg Pence has spent more than $45,000 at the Trump International Hotel in Washington, D.C.

The freshman congressman from Indiana’s Sixth District who took over the seat vacated by Luke Messer has not been shy about his opulent spending at the Trump-owned property. According to the FEC filings, Rep. Pence’s campaign has spent more than $22,000 on fundraising events at the hotel since March of 2018. In addition to fundraising, Rep. Pence’s campaign also spent approximately $14,000 on lodging and $9,000 on the hotel’s catering services.

Further muddying the waters, Rep. Pence was also forced to amend several previous FEC filings this year after USA Today revealed that according to the filings, the congressman was illegally living in the Trump hotel on the campaign’s dime. Pence’s campaign later amended its FEC filings, saying they were incorrectly reported.

Congressman Pence’s spending is the latest in a long line of what critics say is ethically-questionable spending by Republican officials at Trump’s private properties. Since his election, at least 24 of 32 persons that have served in Trump’s cabinet and 26 of the 53 Republicans in the Senate have been patrons at the hotel, according to the New York Times.

Additionally, Law&Crime previously reported that Kelly Knight Craft, the U.S. Ambassador to the United Nations who was confirmed in July, had been a “repeat, high-paying customer” at the Trump International Hotel where she achieved elite status as a “gold-level member of the Trump Card rewards program,” prior to her nomination.

Attorney General William Barr last month also announced that he would be hosting his annual holiday party at the hotel. According to the Washington Post, initial estimates for Barr’s holiday party came in at approximately $30,000 but were expected to increase based on food and alcohol selections.