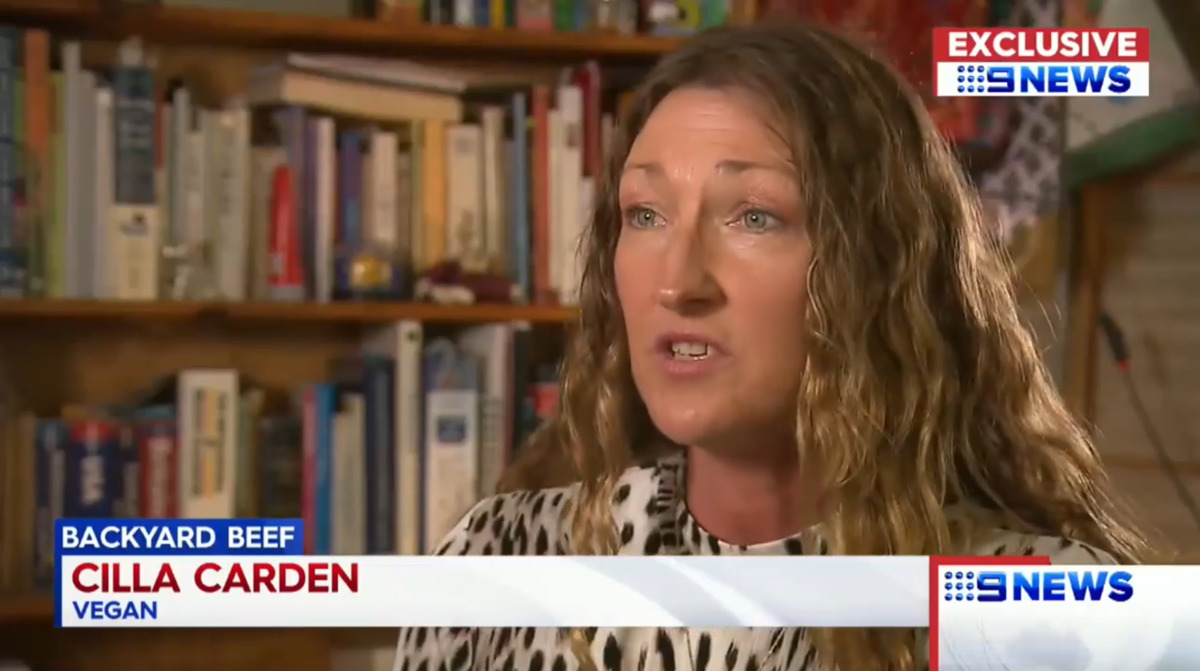 Throw a thousand more shrimp on the barbie and bust out the Vegemite rub. An Australian vegan faces a roast of epic proportions after suing her neighbors over the smell of grilled meat.

“They’ve put it there so I smell fish, all I can smell is fish,” Cilla Carden told a news station in Perth in 2018. “I can’t enjoy my back yard. I can’t go out there.”

According to national Aussie news service 9News, Carden was also allegedly dismayed by the wafting smell of cigarette smoke and the outdoor sounds of children playing basketball.

A massage therapist by trade, Carden told the outlet that her neighbors’ life choices had wreaked havoc on her own life.

“It’s been devastating, it’s been turmoil, it’s been unrest, I haven’t been able to sleep,” she complained about the outside activities.

Enter her complaint with the State Administrative Tribunal of Western Australia. That initial complaint was denied.

Undeterred in her quest against summertime, Carden then took her case all the way to the state’s Supreme Court. Justice took the side of the barbecue-lovers once again.

According to the Guardian, Supreme Court Chief Justice Peter Quinlan dismissed Carden’s appeal last month after being unsatisfied “that there is an arguable case that the [original] tribunal denied Ms Carden procedural fairness or acted to her disadvantage so as to cause a miscarriage of justice.”

“Ms Carden was given a fair opportunity to present her case, and the learned tribunal member conducted the proceedings fairly and appropriately,” the judgment said.

Quinlan also urged all parties to “direct their considerable energies towards the resolution of their differences as best they can.”

Still, Carden says she intends to persist against the smell of meat. She told the outlet she’s going to raise the issue in court again and soon.

And at least one of her neighbors has attempted to make amends–telling 9News that his barbecue pit was removed and that he even told his kids to stop playing basketball so as to accommodate Carden.

But an outside agitator intends to turn the pitched battle over charred flesh into a good old-fashioned game of knifey-spoony.

Bailey Mason is an anti-vegan activist who’s responded to the controversy not with another lawsuit–but with something else entirely: the aforementioned barbecue. And it’s scheduled to be held right outside of Carden’s own home.

A description of the barbecue/protest notes:

Cilla Carden has a problem with her neighbours cooking meat on their BBQ, becuase she’s a vegan. Recently taking them to the Supreme Court!

Don’t let Cilla destroy a good old Aussie tradition, join us for a community BBQ in protest of her actions, and help Cilla Carden GET SOME PORK ON HER FORK.

The Facebook page for the event suggests a massive turnout of over 4,000 attendees at the time of this writing. And the numbers of meat-minded Australians responding to the cattle call are only likely to increase as word gets out.

In fact, the response has been so overwhelming that Mason has taken to asking would-be attendees to volunteer their services in order to ensure that everything runs as smoothly as a young lamb to the slaughterhouse.

There will also be “wardens on hand” to prevent trespassing onto Carden’s property and the keep things peaceful.