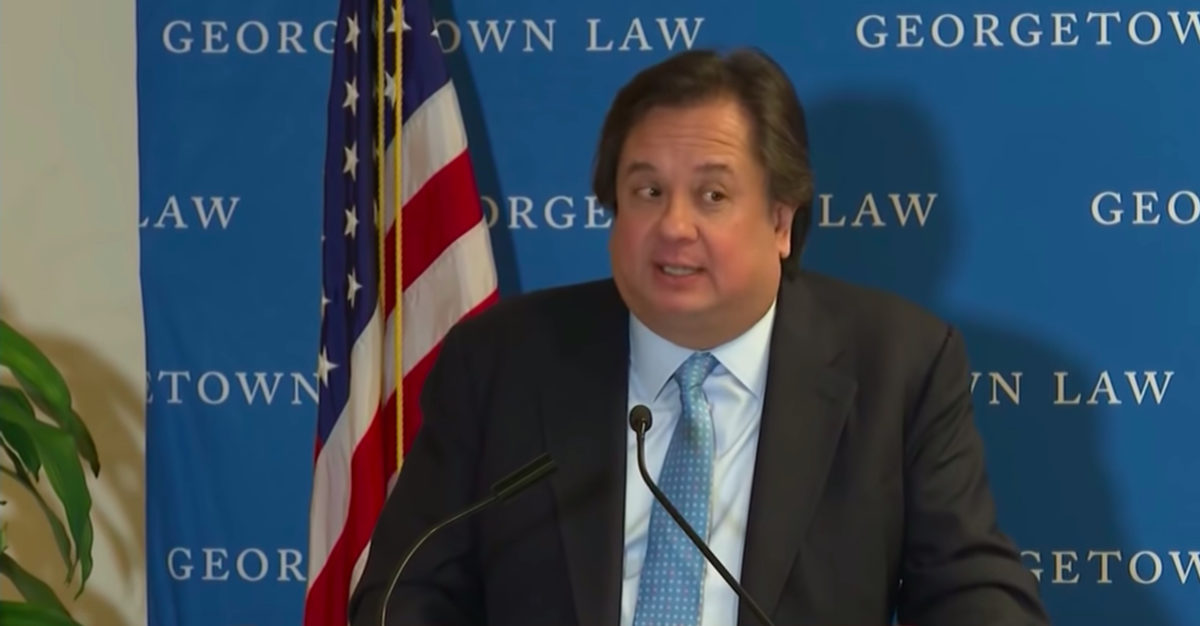 Following a Washington Post report that U.S. Attorney General William Barr would be hosting his annual holiday party at the Trump International Hotel in Washington, D.C., the embattled AG’s found his patronage of the president’s private business supported by an unlikely ally. Daily Trump critic George Conway, the attorney husband of senior presidential advisor Kellyanne Conway, came out in defense of Barr’s decision – to an extent – calling the Post’s report a “silly story.” This position was not shared by many of his legal expert peers.

Conway reasoned that because Barr was paying for the $30,000 event personally instead of using Department of Justice funds, there was no impropriety, particularly in light of what he perceived as Barr’s other transgressions.

“Frankly, this is a silly story. Barr is  paying for the party out of his own pocket. The hotel is next door to DOJ. The notion that the small profit from this would improve his standing with Trump, especially given how Barr misled the public about the Mueller report, is absurd,” Conway tweeted Tuesday night.

But Conway’s statement was immediately met with resistance from legal and political experts who argued that even if the party didn’t directly violate the law, a party hosted by a top administration official that serves to directly profit the president should not go unnoticed.

Political scientist and resident scholar at the American Enterprise Institute Norman Ornstein responded by claiming that the event was effectively a donation to the president.

“I respectfully disagree, George. It is a conflict. Barr giving a middle finger to any notion of independence. Imagine if Obama’s AG had given a $30,000 donation to the Clinton Foundation while there were qs about Hillary. Not even $ in their pockets. Defcon 1, appropriately so,” Ornstein wrote.

“It is WORSE that Barr is paying out of pocket,” Honig wrote. “The AG is cutting a $30,000 personal check to the President. (Who he recently “cleared” of obstruction despite never having tried a single case and overwhelming evidence).”

“Agree…DOJ employees are taught to avoid the appearance of impropriety. It matters. Understand in the scope of Trump world it may not be the worst thing but there’s a reason former DOJ people are flipping out about this,” Rocah tweeted.

Despite the pushback, Conway remained steadfast in his belief that Barr’s holiday party was not a big deal.

“If it were Barr’s hotel, and Trump were writing the check, I agree it would stink. If these were public funds, yeah, crank up the IG. But this just doesn’t cut it as something to get outraged about,” Conway responded. “The ‘clear[ing]’ [by Barr of Trump] of obstruction despite never having tried a single case and overwhelming evidence’—that’s the outrage, by a factor of orders of magnitude. This party adds nothing to that.”