This Is the ‘Politically Expedient’ Impeachment Defense Republican Lawmakers Are Backing 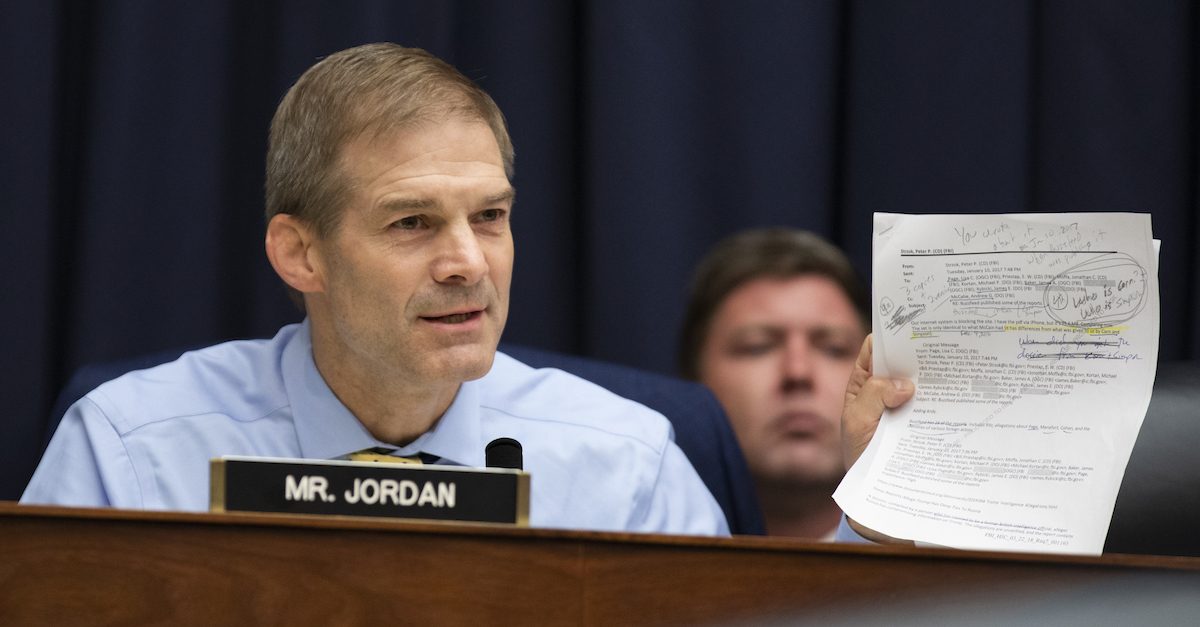 Over the last few weeks, current and former White House officials testified before the House Intelligence Committee and debunked the baseless conspiracy theory that the government of Ukraine, not Russia, interfered in the 2016 presidential election.

According to U.S. Intelligence agencies and witnesses like Dr. Fiona Hill, the “fictional narrative” was part of Russian President Vladimir Putin’s plan to sow chaos among the U.S. and its allies.

Despite privately expressing skepticism regarding the claims, a growing number of Republicans in Congress have made the strategic decision to publicly back the claim, believing it to be the most “politically expedient” Trump defense against impeachment, according to the Washington Examiner.

When Fox News’s Chris Wallace asked Sen. John Kennedy (R-LA) last week who he thought was responsible for hacking the emails of the Democratic National Committee (DNC) and Hillary Clinton’s campaign, Kennedy refused to say definitely whether Russia or Ukraine was responsible.

When Wallace pushed back, noting that the Senator was contradicting the nation’s intelligence community, Kennedy — an attorney who has earned degrees from the University of Virginia, Vanderbilt, and Oxford – said, “Right. But it could also be Ukraine.”

Although Fox News’s Wallace pointed out that this theory was the opposite of the intelligence community’s consensus, further doubts about Ukraine were aired.

Tucker: I should say for the record that I’m totally opposed to these sanctions and I don’t think we should be at war with Russia and I think we should take the side of Russia if we have to choose between Russia and Ukraine pic.twitter.com/aWvj4j8lII

With House Democrats’ impeachment inquiry into President Donald Trump centering on the allegation that he withheld military aid to Ukraine in exchange for politically advantageous investigations while Ukraine was at war with Russia, this latest news suggests rank and file Congressional Republicans have concluded that even with a dearth of supporting evidence, publicly deriding Ukraine for interfering in the election will provide a veneer of legitimacy to the Trump-requested investigations.

“It’s much easier to defend President Trump’s action on the merits if you can argue that there was a possibility that his request for an investigation was legitimate,” former Chairman of the Republican National Committee Michael Steele told the Examiner on Monday.

“It’s not a comfort-level decision,” a Republican operative would add. “It’s a sign that they understand that they are stuck with Trump until 2020, that his base votes, and it’s their only chance of survival.”

Further casting doubt on the GOP theory of Ukraine engaging in a coordinated attack on the U.S. election, Politico reported this week that the Republican-led Senate Intelligence Committee already investigated the possibility and didn’t find the evidence it was looking for.

Sen. Mitt Romney (R-Utah) said Tuesday that he “saw no evidence from our intelligence community, nor from the representatives today for the Department of State, that there is any evidence of any kind that suggests that Ukraine interfered our elections.”

ROMNEY: “I saw no evidence from our intelligence community, nor from the representatives today from the Department of State, that there is *any* evidence of *any* kind that suggests that Ukraine interfered in our elections. We have ample evidence that Russia interfered…” pic.twitter.com/zSTBcEviSQ

BURR doubles down: tells a few of us now reporters led by @pkcapitol.

He said: There is no difference between what Russia did early on and what Ukrainian officials did – meddling is meddling.