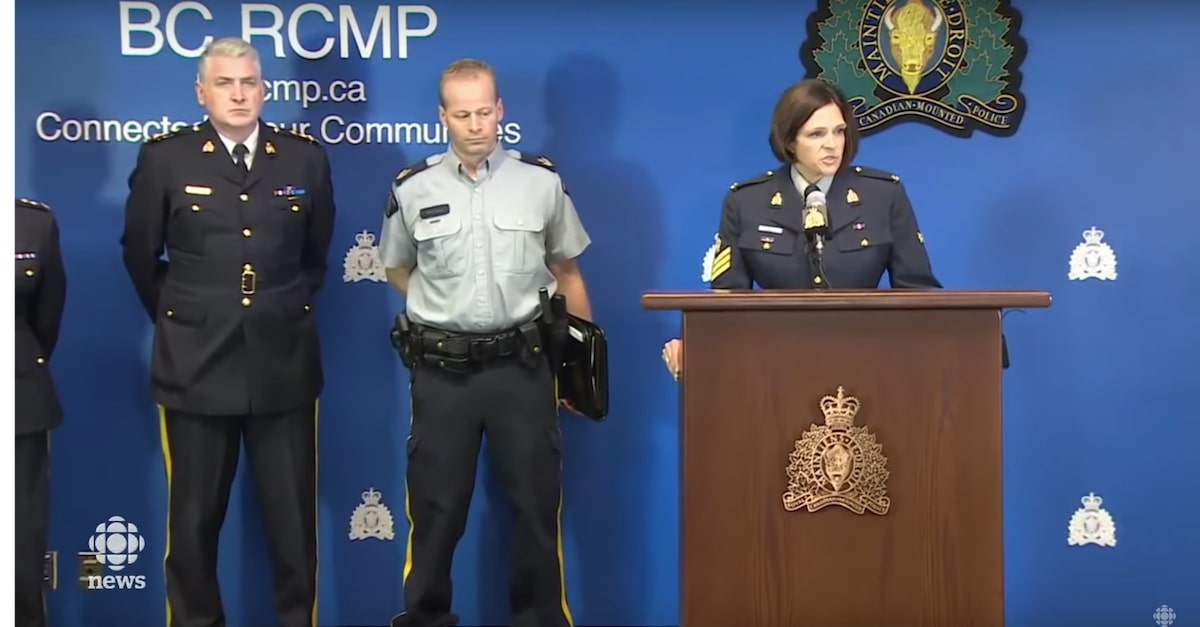 There’s been another development regarding two teenage murder suspects in Canada.

A car belonging to Bryer Schmegelsky, 18, and Kam McLeod, 19, who are suspected of murdering Chynna Deese, Lucas Fowler and a previously unidentified man named Leonard Dyck in British Columbia, was found burned in Manitoba. The Toyota Rav 4 that the two teens were last sighted in was located some 300 miles from where the murders allegedly took place. The Rav 4 is the second vehicle the teens have burned, as the pickup truck they were originally traveling in was found on fire by the side of the road, about a mile away from Dyck’s body.

On Wednesday, McLeod’s father, Keith McLeod, called him a “kind considerate, caring young man,” after a nationwide manhunt was called regarding the two boys. Schmeglesky’s father, Alan Schmegelsky, offered a contradictory account regarding his own son, saying that he’s “very introverted” and that he struggled after his parents divorced in 2005.

In a moment of vulnerability, however, Schmeglesky admitted that the teens must be “in some very serious pain.” He then claimed that the two teens will “go out in a blaze of glory” after discussing the possibility of a police shootout.

In an investigation of the teens’ social media presence, The Globe and Mail uncovered an account called “Illusive Gameing” attached to both teens’ Facebook pages. The username also exists on Twitch, Steam, and YouTube, and the various accounts include pornographic anime pictures, far-right politics, and the survival video game Rust. Illusive Gameing’s YouTube profile picture is the Third Reich’s version of the German Imperial Eagle.

Photos of a swastika-inscribed armband and a knife with “Blut und Ehre” inscribed on it, German for blood and honor, have also surfaced and are believed to belong to Bryer Schmegelsky. There’s also a photo that allegedly depicts Schmegelsky wearing a gas mask. These photos were provided to the Globe and Mail by a Steam user who frequently games with the teens.