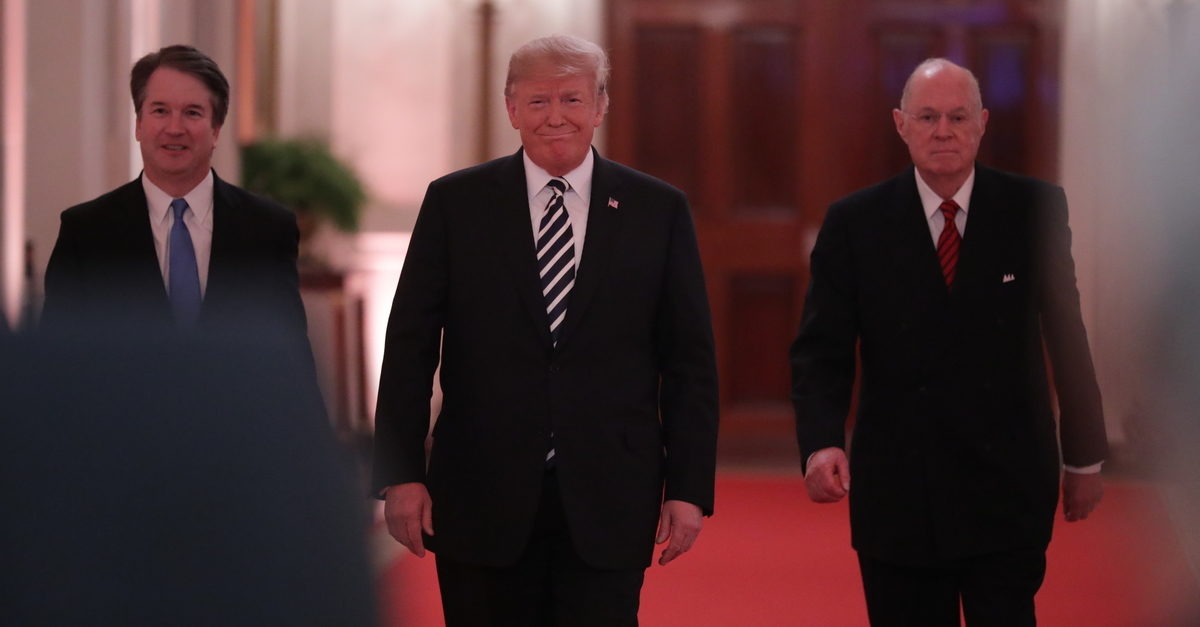 According to the report, Justin Kennedy, who ran the German bank’s commercial real estate team and was close with the president’s daughter Ivanka Trump and her husband Jared Kushner, was willing to overlook Trump’s shoddy history as a debtor, getting the future president to personally guarantee $40 million of the loan. Both Jared Kushner and Ivanka Trump currently work in the White House.

The Times reported that Trump was able to convince Kennedy and other top executives that “the Chicago development was a guaranteed moneymaker,” and further signaled “the Trump family’s commitment to the project” by informing the bank that Ivanka would be in charge of the operation.

Justin Kennedy’s role in helping to breathe life into Trump’s business empire before he was president has continued to breed rumors and conspiracies about the alleged “White House charm offensive” carried out by the Trump family to help convince Justice Kennedy to retire and make way for Justice Brett Kavanaugh’s appointment to the bench.

In Dark Towers: Deutsche Bank, Donald Trump and an Epic Trail of Destruction, finance editor of the New York Times David Enrich described how Justin Kennedy was “drawn to Trump’s risk-taking and glamour” while he was shepherding lucrative loans to Trump’s private businesses, even after the bank’s clients took massive losses when Trump’s Atlantic City casinos went bankrupt. After Trump’s election, the family reportedly set their sights on persuading Justice Kennedy to step down so the president could appoint a second justice to the bench.

“Trump’s flattery was part of a coordinated White House charm offensive designed to persuade the ageing justice – for years, the court’s pivotal swing vote – that it was safe to retire, even with an unpredictable man in the Oval Office,” Enrich wrote.

As Law&Crime previously reported, Justin Kennedy was apparently not the only member of the Kennedy family with the White House’s ear.

Washington Post deputy editorial page editor and columnist Ruth Marcus wrote in her 2019 book Supreme Ambition: Brett Kavanaugh and the Conservative Takeover about a suspicious scene in which Kennedy’s other son, Gregory Kennedy, allegedly met with White House counselor Kellyanne Conway during a dinner just days after the president’s inauguration.

No one was happier about the outcome of the election than his father, Gregory Kennedy said, according to the book. Anthony Kennedy had been nominated by President Ronald Reagan in 1987, and Marcus wrote that Anthony Kennedy wanted to be replaced on the high court by another Republican.

“That’s good to know,” Conway replied, according to the book. “That happiness has consequences.” In a footnote, Marcus said Gregory Kennedy denied that account.