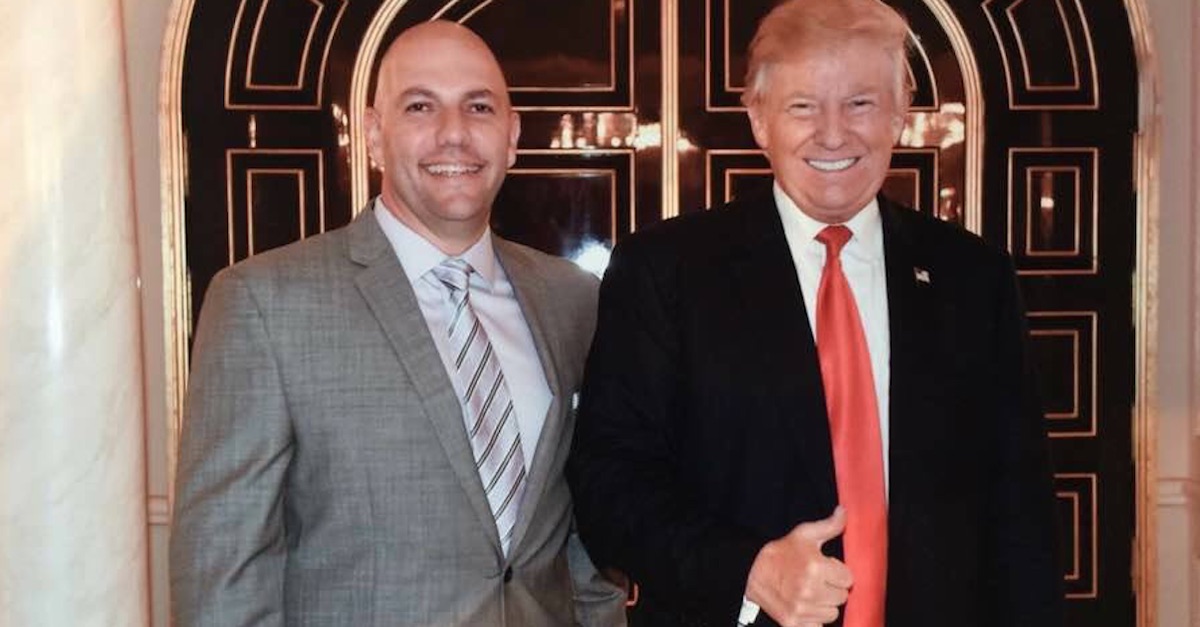 David Correia, a business associate of impeachment figure Lev Parnas who did business with Rudy Giuliani in the company Fraud Guarantee, plans to plead guilty on Thursday morning on unspecified charges.

Federal prosecutors declined to comment on what counts of his indictment Correia plans to plead guilty to or whether he intends to cooperate in the prosecution of Parnas, his co-defendants, or potentially others who have not been named. Correia, however, has been charged with the two key conspiracies that prosecutors hope to prove at trial next year: illegally funneling foreign money into U.S. elections and duping people to invest in Fraud Guarantee, a company that reportedly paid $500,000 to Giuliani.

At least seven alleged victims invested in Fraud Guarantee, putting in hundreds of thousands of dollars for a total of more than $2 million. Prosecutors say that’s because Parnas and Correia misled them about how much they had contributed to the company and how much money the company had raised overall.

Parnas’s attorney Joseph Bondy declined to comment. Correia’s attorney William Harrington, from the firm Goodwin Procter, did not immediately respond to phone and emails requests for comment. Neither did Giuliani through his spokeswoman Christianné Allen.

A South Florida man who had partnered with Parnas on a marijuana business, Correia has been an ancillary figure in a case tied to President Trump’s impeachment. He kept a low profile as his co-defendant Parnas shared thousands of files that the House Intelligence Committee used to build a case that Trump abused his office to manufacture dirt on his political rival, former vice president Joseph Biden. Parnas’s name appeared in the House Impeachment Report more than 100 times. His associate Igor Fruman’s popped up more than a dozen times. Correia’s name did not come up once on the document.

If Correia becomes the government’s first cooperating witness, his public profile could rise in this closely watched prosecution. He is charged with six of seven counts of the indictment, including falsifying records, soliciting campaign contributions from a foreign national, conspiring to defraud the United States, and attempting to commit wire fraud. Prosecutors claim Correia was involved in a $325,000 contribution that Parnas and Fruman made to the pro-Trump super PAC America First Action via their company Global Energy Producers. The indictment also places Correia inside an alleged conspiracy to funnel money from the still-unidentified “Foreign National-1,” with whom prosecutors claim Parnas, Fruman, Correia and a fourth man Andrey Kukushkin planned to open a marijuana business in the fall of 2018.

Correia’s change of plea hearing has been scheduled for Thursday morning at 10:30 a.m. ET.

As with many federal proceedings during the coronavirus pandemic, Correia’s plea will take place via remote video.