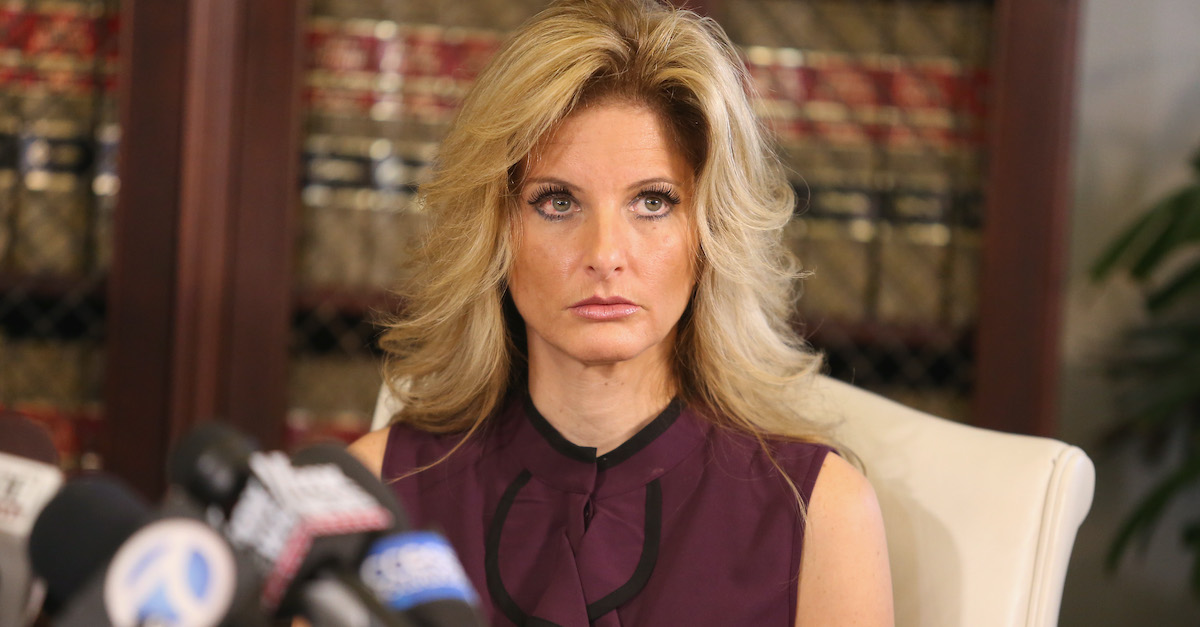 Former Apprentice contestant Summer Zervos previously filed a memorandum in a New York State court to unseal nine pages of phone records that the Trump Organization designated as “confidential.” Those documents — including President Donald Trump’s old phone number and Verizon bill — have now been released in the defamation case. Zervos says these records corroborate her account that Trump sexually assaulted her.

Zervos’s ongoing lawsuit accuses Trump of defamation per se over his 2016 public denial that he sexually assaulted the season five contestant in a hotel room in 2007. Defamation is an unprotected form of speech which is legally actionable at the state level.

The plaintiff maintained that there was “one critical piece that they insist on keeping secret. Defendant and the Trump Organization still refuse to withdraw the ‘confidential’ designation that they baselessly attached to Defendant’s cell phone bill for a three-month period in 2007 and 2008, with all but six calls redacted.”

The mostly redacted exhibit showing both Trump’s former phone number and call logs specific to the Zervos case have now been released. Look closely and you will see the dates and times of calls, and where the calls were made from.

Here is what the logs claim to show:

As noted above, Plaintiff publicly stated on October 14, 2016 that in late 2007, Defendant “called [her] after he had just landed in Los Angeles” to ask her to meet him that evening at the Beverly Hills Hotel. Exhibit E, at 1-2.

• As noted above, Defendant’s calendar shows that he stayed at the Beverly Hills Hotel on December 21, 2007 – the day he placed the call to Ms. Zervos’s cell phone. Id. at TRUMPORG_00003. Ms. Zervos stated that she decided to visit to the golf course the next morning despite feeling extremely conflicted about what had transpired. She stated that Defendant introduced her to the General Manager (Mr. Van der Goes) and asked him to give her a tour. She said that when she returned from the tour, Defendant was not there and she did not see him again. Exhibit E, at 3.

• Defendant’s phone records show that he called Ms. Zervos again on December 22, 2007 at 4:37 p.m. Exhibit D, at TRUMPORG_000103. Ms. Zervos stated that the General Manager called her later that week to offer her a job at the golf course. Exhibit E, at 3. In response, Ms. Zervos “called Mr. Trump and told him that [she] was upset” and that she felt she “was being penalized for not sleeping with him,” but he “said that he was golfing and could not discuss this at that time.” Id.

“The documents precisely and consistently corroborate Ms. Zervos’s account of her interactions with Defendant in late 2007 and early 2008, and they confirm – through Defendant’s own phone records – that numerous specific details that Ms. Zervos has provided about those interactions are true,” the filing said.

Chief among other pieces of evidence are calendar entries for Trump and his personal bodyguard showing how both flew out of Las Vegas to Los Angeles in December 2007 and then stayed at the Beverly Hills Hotel–the time and place where Zervos maintains she was sexually assaulted by the then-NBC game show host.

Additional discovery documents culled from the Trump Organization’s own files are several December 2007 emails to and from Trump secretary Rhona Graff and Zervos wherein a lunch meeting between Trump and Zervos is discussed and scheduled.

“This case, fundamentally, is about the truth,” the 15-page filing said. “Summer Zervos told the truth when she stated publicly that [Trump] sexually assaulted her. Defendant then deliberately and maliciously lied when he attacked her by falsely, repeatedly declaring to millions of people that she fabricated the events for money, fame, and political purposes.”

The full filing is available below, and is highlighted in the places where the call logs are discussed.