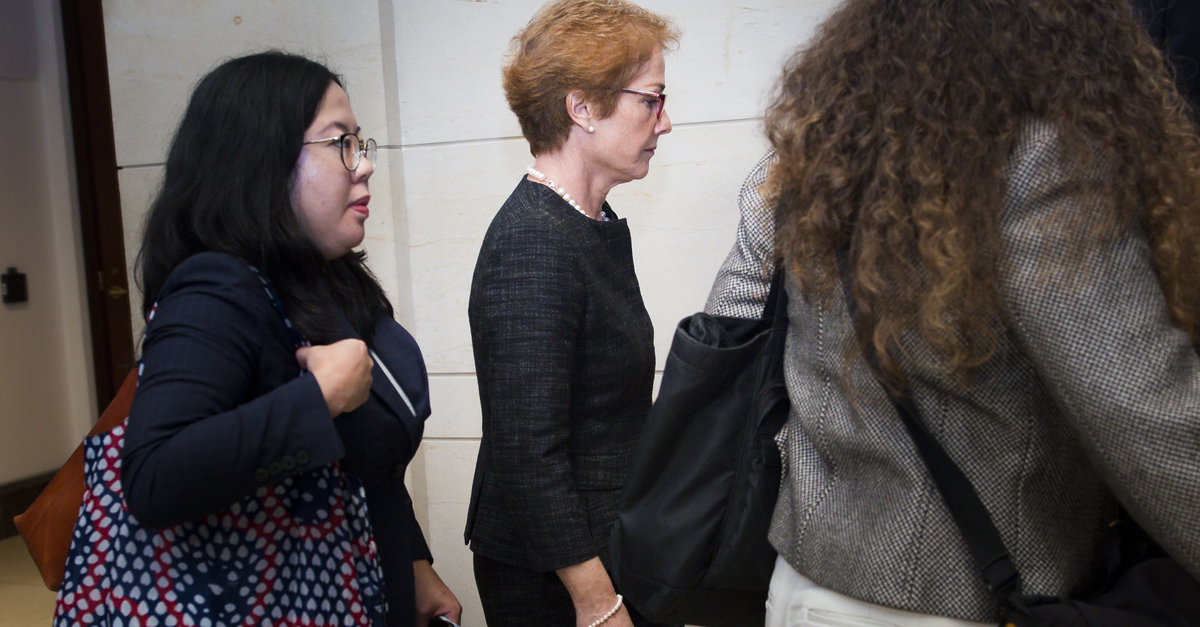 The Trump administration appears to have concocted a threat against former U.S. ambassador to the Ukraine Marie Yovanovitch, according to deposition testimony before the House Intelligence Committee released Monday.

The tawdry scheme unfolded near the zenith of a larger smear campaign against Yovanovitch’s allegiances and qualifications which was engineered by then-Ukrainian prosecutor general Yuriy Lutsenko and Rudy Giuliani partly in service of Lutsenko’s ambitions and partly on behalf of Floridian foreign policy entrepeneurs Lev Parnas and Igor Fruman.

Yovanovitch described the psychologial operation against her midway through hours-long testimony before congressional investigators from both parties.

The career diplomat said she was warned about a vague threat to her safety by Foreign Service Director General Carol Perez during the course of two phone calls on April 24 and April 25.

“[I]n the first call, which happened at a quarter of 10 in the evening Kyiv time, she said that she was giving me a heads-up, that things were going wrong, Yovanovitch noted. “Kind of off the — off the track, and she wanted to give me a heads-up. She didn’t know what was happening, but there was a lot of nervousness on the seventh floor and up the street.”

Yovanovitch then clarified that “up the street” was unofficial code for the White House.

“Did you understand what she meant about nervousness?” Director of Investigations Daniel Goldman asked.

The diplomatic veteran responded that she did not but attempted to get some answers.

Those answers eventually came. And they were shocking in the extreme.

“[Perez] called me about an hour later, so it’s now 1 a.m. in the Ukraine,” Yovanovitch recalled.

“And what did she say to you then?” Goldman pressed.

To which Yovanovitch replied:

The pressure was largely ignored—she did not take the next flight back stateside. Yovanovitch was officially recalled by President Donald Trump just over one week later.