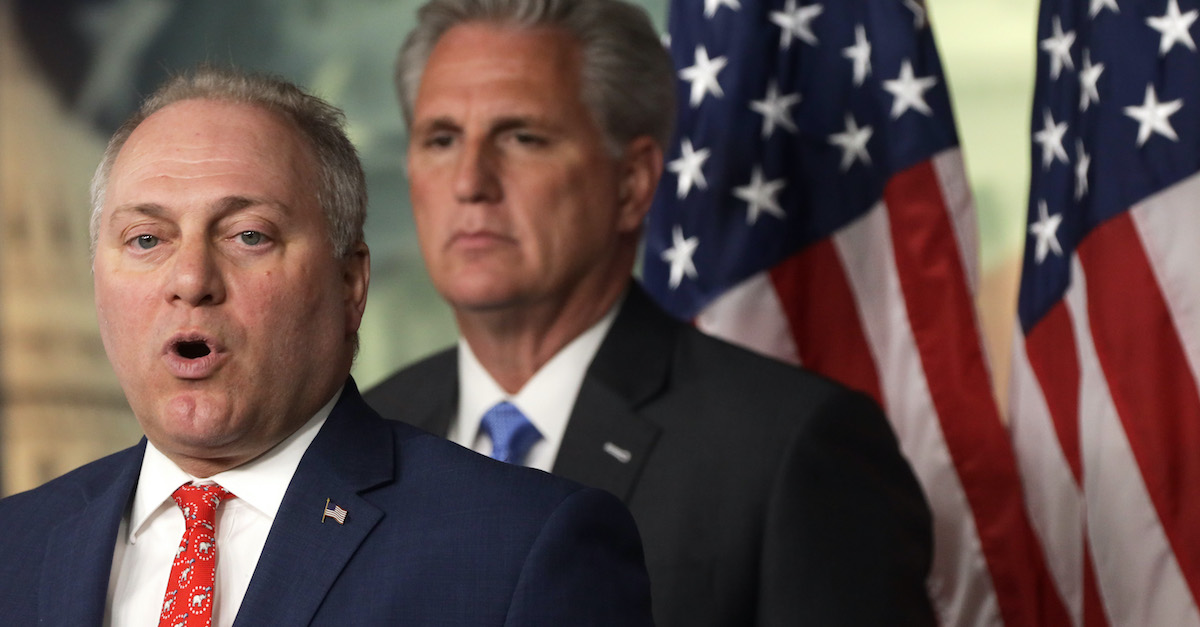 If you were paying attention/read the OIG report, you would know that report highlighted numerous concerning errors and omissions in the FBI’s FISA application process. You would also know that Horowitz said the following: “We did not find any documentary or testimonial evidence that political bias or improper motivation influenced the FBI’s decision to conduct these operations.”

University of Texas Law Prof. Steve Vladeck noted that Scalise, the “number-two” Republican in the House, was asserting something that the report “SPECIFICALLY REJECTS,” which is why it’s important to read and comprehend.

This is where we are: The number-two House Republican is asserting that the IG’s report “proves” a conclusion that it SPECIFICALLY REJECTS.

Please, folks—read things for yourselves and reach your own conclusions. Never has critical thinking been more important to our democracy. https://t.co/EI44X34je3

A stunning lie about what the IG found. https://t.co/AXssPpN08H

“A stunning lie about what the IG found,” Conway answered.

This bears no resemblance whatsoever to what the IG report found.

Many others said the same.

You're a liar, @SteveScalise. The IG report says the exact opposite of that and is an embarrassment to Trump and every one of you GOP traitors in Congress. In fact, because it vindicates James Comey, FOX and Friends and in a panic and canceled on him for tomorrow morning.

It doesn't prove any such thing.

"We did not find any documentary or testimonial evidence that political bias or improper motivation influenced the FBI's decision to conduct these operations."

It’s worth noting that FBI Director Christopher Wray, who President Trump handpicked to replace James Comey, didn’t have any problems identifying and accurately repeating the bottom line conclusions of the Horowitz report.

“I think it’s important that the inspector general found that, in this particular instance, the investigation was opened with appropriate predication and authorization,” Wray said, adding that there was no “political bias or improper motivations impacting the opening of the investigation.”

In case it is not clear what Horowitz concluded:

We concluded that [then Counterintelligence Division Assistant Director E.W. “Bill“] Priestap’s exercise of discretion in opening the investigation was in compliance with Department and FBI policies, and we did not find documentary or testimonial evidence that political bias or improper motivation influenced his decision. While the information in the FBI’s possession at the time was limited, in light of the low threshold established by Department and FBI predication policy, we found that Crossfire Hurricane was opened for an authorized investigative purpose and with sufficient factual predication.

U.S. Attorney General William Barr and John Durham, the U.S. Attorney who Barr tasked with investigating the origins of the Mueller probe, both released statements on Monday saying they disagreed with some of Horowitz’s conclusions.