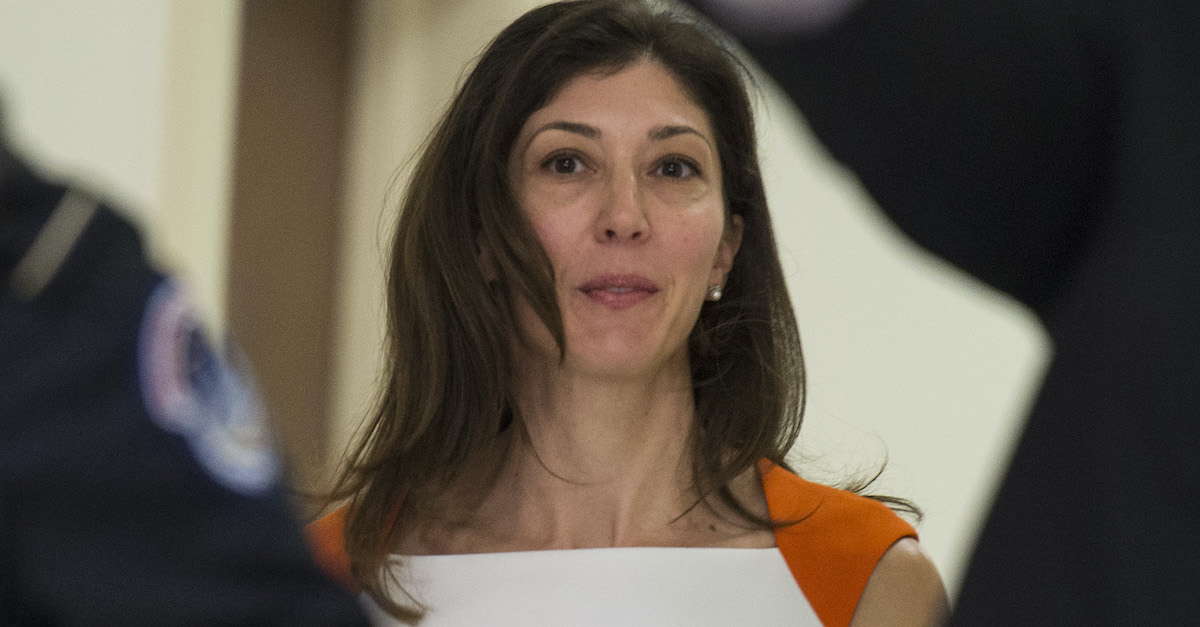 Former FBI lawyer Lisa Page, who together with former FBI agent Peter Strzok became household names due to President Donald Trump’s repeated attacks on them for their anti-Trump texts, reacted on Monday to the release of the Department of Justice Inspector General’s report.

The gist of the response? So much for the president’s accusation that Page was a biased traitor.

And the President repeatedly accusing me of bias and treason; /1

The tweets when combined:

And the President repeatedly accusing me of bias and treason;

Inspector General Michael Horowitz’s report on Monday identified numerous procedural failures by the FBI, but did not find evidence that the FBI was motivated by political bias in opening the “Crossfire Hurricane” investigation.

“We did not find documentary or testimonial evidence that political bias or improper motivation influenced the FBI's decision to seek FISA authority on Carter Page.”

The @JusticeOIG weighs in on Lisa Page and Peter Strzok. pic.twitter.com/iIJRpresTM

“I’m done being quiet,” she said, linking to the article.

Page said President Trump faking an orgasm while invoking her name at a rally was the last straw.

“Honestly, his demeaning fake orgasm was really the straw that broke the camel’s back,” Page said.

Page believes the Trump administration’s release of her text messages with Strzok were an act of political retribution against them.

“Those texts were selected for their political impact. They lack a lot of context. Many of them aren’t even about him or me,” she said.

As described in the OIG Report, the text messages at issue were collected as part of the OIG’s investigation into various actions by the FBI and the Department in connection with the Midyear investigation that [Strzok] led. The purpose of that investigation—consistent with the OIG’s statutory mandate to “prevent and detect fraud and abuse,” 5 U.S.C. § App. 3, § 2—was to respond to public and congressional concerns regarding the FBI’s handling of that investigation. Assuming [Strzok’s] texts were contained in an OIG system of records, the Department’s disclosure of the text messages to the public pursuant to the OIG’s routine use was consistent with that purpose by increasing public transparency into the Department’s official actions.

The blockquote above refers to the first OIG Report, regarding Strzok and Page’s missing text messages.

The OIG report revealed two significant findings. First, they “found no evidence” that either of them ”attempted to circumvent the FBI’s text message collection capabilities.” This was consistent with the opinion of a contractor who was brought in to look at issues related to the missing texts, many of which were eventually recovered from different databases through the efforts of forensic experts. The OIG could not determine whether every missing text was recovered.

The second revelation was that the FBI still has weaknesses in their data collection system when it comes to extracting text messages from agency-issued phones. The report said:

[A]ccording to FBI’s information and Technology Branch, as of November 15, 2018, the data collection tool utilized by FBI was still not reliably collecting text messages from approximately 10 percent of FBI issued mobile devices, which included Samsung S7s and subsequently issued S9s.

Both Page and Strzok had been involved with the Clinton investigation and Special Counsel Robert Mueller‘s Russia probe. Strzok was taken off the Russia investigation when the messages were discovered. Page also left the investigation, and later left the FBI altogether. Strzok was fired in August 2018.