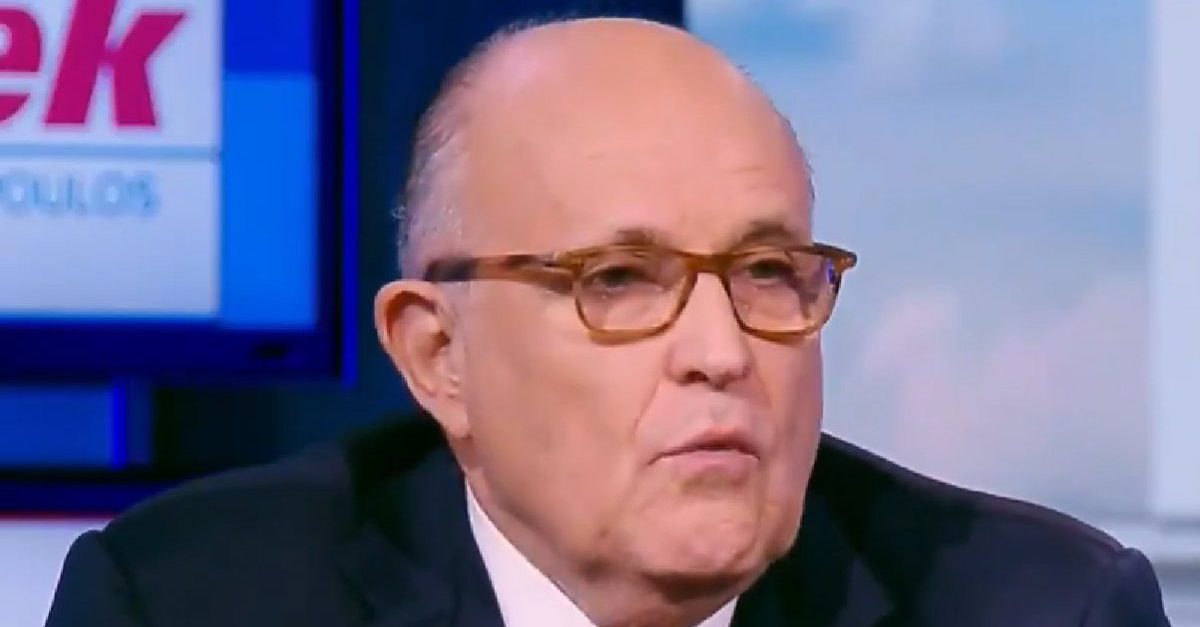 Giuliani immediately went there, bringing up the fact that Napolitano was not nominated to the Supreme Court of the United States.

“Maybe he never understood why POTUS didn’t appoint him to [the] Supreme Court,” Giuliani continued. “He’s too smart to confuse communications with conspiracy.”

There’s something wrong with Napolitano and his now bitter attitude @realDonaldTrump. Maybe he never understood why POTUS didn’t appoint him to Supreme Court. He’s too smart to confuse communications with conspiracy. https://t.co/cKNV0Y5njY

Giuliani was responding to a video of Napolitano pointing out that there were 127 documented communications between the Trump campaign and Russians.

Napolitano has on multiple occasions of late been highly critical of President Trump. Over just the last couple of weeks, Napolitano has said on air that Trump had abandoned the separation of powers and that Special Counsel Robert Mueller “would have indicted” Trump if he wasn’t the president.

Earlier in May, Giuliani said he regarded Napolitano as a friend so he regretted saying what he had to say.

I consider Judge Napolitano to be a friend so I write this with regret. An obstruction case where there is no proof of an underlying crime is questionable. If you add to it nothing actually obstructed, there’s no case. Judge reconsider your position. This is a Weismann.

Giuliani, wrongly arguing that there can be no obstruction if there is no underlying crime, asked the judge to “reconsider [his] position.”