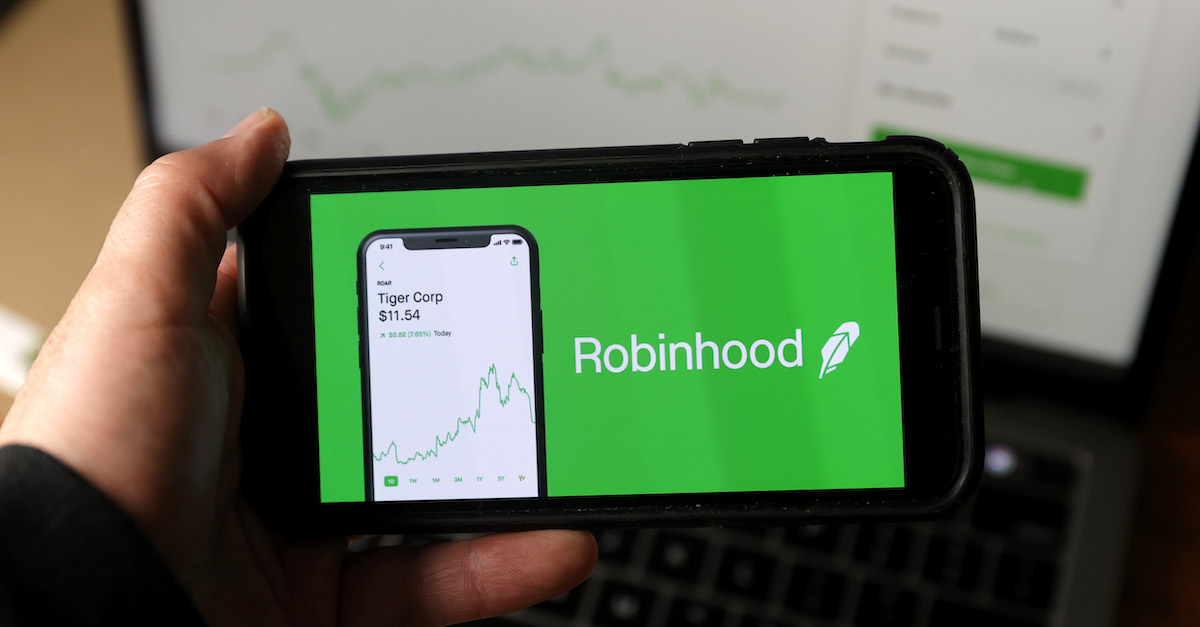 There has been a significant degree of wailing and gnashing of teeth (Mashable said people were “pissed”) over the popular stock trading platform Robinhood’s decision to pause transactions Thursday involving two key stocks. The move was connected to the Reddit community’s inflation of the stock price of the retail store GameStop to astronomical levels and its subsequent targeting of the movie theater chain AMC.

In light of current market volatility, we are restricting transactions for certain securities to position closing only, including $AMC and $GME. Read more here.https://t.co/CdJMjGAeFH

Robinhood said its decision “was a risk-management decision, and was not made on the direction of the market makers we route to.” More specifically:

The move by the private platform should not be a surprise given the site’s own user contract, which everyone should have read copiously when they signed up for the service. Specifically, site users agreed to the following terms of the deal dated Dec. 2020:

I understand that Robinhood may, in its discretion, prohibit or restrict the trading of securities, or the substitution of securities, in any of My Accounts.

I understand that Robinhood may at any time, at its sole discretion and without prior notice to Me:

(i) prohibit or restrict My access to the use of the App or the Website or related services and My ability to trade,

(ii) refuse to accept any of My transactions,

(iii) refuse to execute any of My transactions, or

Anyone who becomes irate over the above would be wise not to sound off against Robinhood. That’s because the contract also says this in a passage which comes shortly after the above:

Further, Robinhood will not tolerate any foul or abusive language, physical violence, threatening behavior, or other inappropriate conduct directed toward Robinhood, its Affiliates’ officers, employees, contractors or customers. If I engage in any such behavior, as determined by Robinhood in its sole discretion, I agree that Robinhood is authorized to:

(i) liquidate any securities, instruments or other property in My Account,

(ii) send Me the proceeds, and

Robinhood will not be responsible for any Losses caused by the liquidation of securities, instruments or other property pursuant to this paragraph, including any tax liabilities.

Some people might not have carefully read that part about “foul or abusive language . . . directed toward Robinhood.”  To wit:

All of these clauses make it rather clear that Robinhood was within its contractual rights to shut down parts of its service.

A. This Agreement contains a pre-dispute arbitration clause. By signing an arbitration agreement, the parties agree as follows:

(1) All parties to this Agreement are giving up the right to sue each other in court, including the right to a trial by jury, except as provided by the rules of the arbitration forum in which a claim is filed.

(3) The ability of the parties to obtain documents, witness statements and other discovery is generally more limited in arbitration than in court proceedings.

The contract also limits class action lawsuits by its own verbiage.

In other words, the lawsuits which immediately started flying Thursday morning are likely to go absolutely nowhere quickly. Above the Law’s Joe Patrice deftly summed up the legal issue:

Because Robinhood is not run by complete idiots, there’s a mandatory arbitration clause and the Supreme Court has made it abundantly clear that the courts are unavailable if you’re the David on the wrong side of Goliath’s boilerplate language.